Break On Global Tax Could Help Cos. Absorb Virus Losses


Law360 (April 29, 2020, 8:23 PM EDT) -- The international provisions in the 2017 tax overhaul limit how much companies can shift in losses to offset taxes in profitable years, potentially hindering their ability to rebound from the COVID-19 downturn — but a proposed exemption could provide relief. 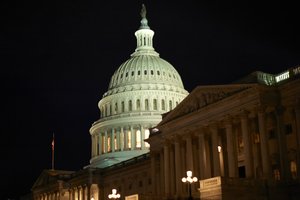 Provisions in the CARES Act, passed by Congress last month, give companies more flexibility to shift and absorb losses, especially those from 2020. (AP)

Practitioners hailed an exception to the tax on global intangible low-taxed income when the U.S. Treasury Department unveiled it in proposed regulations in June 2019, but many activists and academics criticized it as an unauthorized giveaway to multinational corporations. As Treasury finalizes the rules, whether the department agrees to expand the exemption by applying it retroactively could be crucial for multinational companies' hopes of unlocking benefits in the Coronavirus Aid, Relief and Economic Security Act

The $2 trillion CARES Act included several provisions giving companies more flexibility to shift and absorb losses, especially those from 2020. It temporarily removed an 80% restriction on how much a company can carry a loss forward, and it allowed companies to apply losses to prior, profitable years as far back as 2015.

In total, these provisions amount to $160 billion in tax relief. But many practitioners say GILTI will be a burden for companies with significant losses, reducing the CARES Act's impact.

"The international rules that were brought forward in the TCJA are generally not at all friendly to companies that lose money," said Danielle Rolfes, a partner at KPMG LLP, during a webcast for the American Bar Association on April 23. "It is a combination of effects that makes GILTI to be so pro-cyclical, and by that I mean if you're in a recessionary situation, the way we are taxing the foreign income of U.S. multinationals is going to make that worse."

GILTI taxes foreign income at 10.5%, which is half the overall corporate rate, 21%. The tax applies to returns only beyond 10% of a company's overseas depreciable tangible property — a formula that is meant to act as a proxy for income earned from valuable intangible assets such as intellectual property.

The law arrives at the lower tax rate by granting a 50% deduction for income determined to be GILTI. But unlike most other deductions, it cannot be carried to other years. Likewise, taxpayers cannot carry forward foreign tax credits on GILTI, unlike other types of foreign income. The result is an international tax structure more rigid than the rest of the tax code, practitioners said.

"Prior to the TCJA, our system looked at business cycles," said Joshua Odintz, a partner at Baker McKenzie. "With the TCJA, we moved in a direction of looking at annual snapshots for certain items. Losses are permanently lost, and it could become a cash-flow issue in subsequent years."

Losses can also affect how the system measures intangible income. The application of GILTI is based on how much depreciable tangible property a taxpayer holds offshore, measured globally. But foreign subsidiaries that do not have profit at all aren't considered as part of the calculation. Their losses do not offset income in other subsidiaries, and the assets they may hold don't add to the equation that would have reduced the amount of GILTI.

"It doesn't pay to be a loser under the GILTI regime," said Elizabeth Stevens of Caplin & Drysdale Chtd.

To many practitioners, the lack of flexibility in the GILTI system means that companies that experience loss years because of unpredictable markets or risk-taking will be disadvantaged over those with steady profits. Two companies with the same amount of overall income over multiple years can end up with different tax rates because of profit fluctuations.

While many had already noted the potential issue, the global outbreak of the novel coronavirus, which causes the respiratory disease COVID-19, has made it even more pertinent. Companies are likely to experience steep losses or drops in profitability in 2020, as commerce has been disrupted by the pandemic. The CARES Act aimed to give companies liquidity by allowing them to apply current-year losses to prior profitable years, entitling those companies to refunds on taxes they've already paid. But to use those net operating loss carrybacks, taxpayers will essentially have to sacrifice some or all of their GILTI deductions, complicating the decision.

Likewise, the inability to carry the GILTI deduction or foreign tax credits forward means they'll owe taxes on future profits sooner than they would have otherwise.

This issue isn't the only way that the GILTI tax has ended up applying in a way that seems broader than how its authors intended. Limitations on the use of foreign tax credits can cause GILTI tax liabilities to skyrocket for companies that do business in countries with high tax rates. This result seems to contradict the conference report that accompanied the bill, which implied that GILTI would not be taxed at higher than 13.125%.

Treasury decided it lacked the authority to provide total relief on the foreign tax credit limit. But in June it proposed a high-tax exception, based on a similar high-tax exception for Subpart F, another category of foreign income. The exception, if finalized, would totally exempt income from the GILTI tax if it has already been taxed at 18.9%, which is 90% of the U.S. 21% rate.

While the TCJA legislation did include language allowing for a high-tax exclusion to GILTI, critics of Treasury's action question whether that provision was meant to apply so broadly. Congressional Democrats are pushing legislation that would nix the exemption.

Because the high-tax exemption totally removes income from the GILTI system, it would mean that the questions about losses and foreign tax credits disappear.

"None of that would end up on the return, and that is a much better result for taxpayers that are carrying losses into that year," said Rocco Femia, a member at Miller & Chevalier Chtd. "And so I think taxpayers are keeping an eye on what Treasury and the IRS ultimately do for those regulations."

Treasury proposed to apply the high-tax exception prospectively, but companies had already pushed for the regulations to be retroactive to 2018, when the law took effect.

That decision will now have much more importance for companies trying to work around the GILTI restrictions and mitigate losses from the 2020 pandemic.

Even if Treasury does apply the retroactive relief, it will not completely alleviate the GILTI restrictions. Companies will need to carefully plan and manage their losses, including how those losses are distributed among subsidiaries.

"Ideally you'd have enough income in enough places that you could move it to the right places and make the best use of your losses," Stevens said. "But in this particular year, there will be losses everywhere, so that will make it more challenging."