By Keith Goldberg
Law360 is providing free access to its coronavirus coverage to make sure all members of the legal community have accurate information in this time of uncertainty and change. Use the form below to sign up for any of our weekly newsletters. Signing up for any of our section newsletters will opt you in to the weekly Coronavirus briefing.


Law360 (May 1, 2020, 7:08 PM EDT) -- Financial lifelines offered to struggling oil and gas companies by the Trump administration are unlikely to stop the wave of bankruptcies as the COVID-19 pandemic craters global energy demand and a multibillion-dollar mountain of industry debt comes due.

The Federal Reserve's decision Thursday to expand its Main Street Lending Program eligibility to businesses with up to 15,000 employees or $5 billion in annual revenue was welcomed by oil and gas industry groups and their congressional allies, and slammed by environmental groups and some Senate Democrats as a stealth oil and gas bailout.

But oil and gas finance experts say the Fed's actions, coupled with reports that the Treasury and Energy Departments are considering oil and gas loan programs, are at best stopgaps for some cash-squeezed drillers hoping to ride out the next few months until a potential recovery in oil prices.

At worst, federal aid would only pile more debt on already overleveraged companies and increase their risk of breaching their existing loans, experts say. In the end, it won't do much to change the grim fundamentals facing many drillers: a double whammy of coronavirus-depressed demand and a growing supply glut, and approximately $200 billion worth of oil and gas debt set to mature within the next few years.

"You're just delaying the inevitable, which is bankruptcy," Winston & Strawn LLP oil and gas partner Mike Blankenship said. "You're just giving the government's good money and turning it into really bad money. It's just a black hole you're creating."

You're just giving the government's good money and turning it into really bad money. It's just a black hole you're creating. 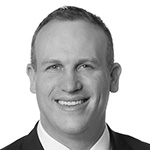 Loans backed by the Fed program might benefit small to midsize companies that face significant short-term cash-flow problems and help cover their day-to-day operating expenses, experts say. What they won't do is solve a driller's long-term debt problems the way a restructuring could.

But even if oil and gas companies could conceivably use their new loans to help pay down existing debt, the dollars being offered under the Fed program are likely dwarfed by many companies' debt loads, experts say.

"To solve the underlying balance sheet problems that a number of these companies have, you'd have to have the government effectively roll over and extend their debt, which is a much bigger undertaking than what's being proposed right now," said David Asmus, who co-leads Sidley Austin LLP's energy practice.

The U.S. Department of Energy on Thursday threw cold water on reports the government is considering offering bridge loans to oil and gas companies in exchange for equity stakes in those companies.

The DOE declined to comment Friday on any further discussions between the agency and the U.S. Department of the Treasury on a potential loan program.

If a driller can't use the proceeds of a Main Street-backed loan to pay down existing debt, all it's doing is adding more debt to its balance sheet, which could ultimately be lethal, experts say.

"If you just load more debt on heavily leveraged companies, that doesn't bode well for them when all those bills come down," Winston & Strawn oil and gas partner Isaac Griesbaum said.

We still have the problems of too much production and excess debt. Those problems aren't going to be solved by July or August. 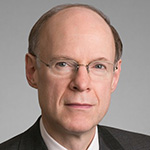 For one thing, there's the possibility that taking on a Main Street-backed loan — especially one that must be repaid before other debt — could violate covenants under companies' existing loan agreements, experts say.

"If a company is already close to exceeding its maximum leverage ratio financial covenant, then this incremental debt may cause it to breach that covenant in the next quarter," said Kraig Grahmann, co-head of Haynes and Boone LLP's energy finance group.

A Main Street-backed loan also has the potential to disrupt a company's existing debt structure, experts say. The Fed's term sheet said an eligible loan, secured or unsecured, can't be "contractually subordinated in terms of priority to any of the eligible borrower's other loans or debt instruments."

"What the relationship of that new debt from the government would be vis-a-vis their existing debt is a pretty significant question for most of these companies, because they're liened up heavily and most of their assets are already securing debt to someone else," Asmus said.

Ultimately, many distressed oil and gas companies might not even be eligible for the Fed program, according to Grahmann. He said the program has several financial requirements that many drillers may have difficulty satisfying, including that their existing debt must have had a "pass" rating as of the end of 2019.

Driller bankruptcies were already on the rise last year, and companies were bracing themselves for cuts to their borrowing abilities even before the COVID-19 pandemic hit.

"It is possible that many energy lenders, based on their internal evaluations, have found an increasing number of loans in their portfolios have moved to the 'non-pass' category," Grahmann said.

At bottom, experts say the federal aid both announced and contemplated is only a short-term fix to the oil and gas industry's medium-term problem — excess supply and coronavirus-depressed demand that will take a while to bounce back — and the long-term problem of over-leverage.

"We still have the problems of too much production and excess debt," Asmus said. "Those problems aren't going to be solved by July or August."