By Joanne Faulkner
Law360 is providing free access to its coronavirus coverage to make sure all members of the legal community have accurate information in this time of uncertainty and change. Use the form below to sign up for any of our weekly newsletters. Signing up for any of our section newsletters will opt you in to the weekly Coronavirus briefing.


Law360, London (May 19, 2020, 12:30 PM BST) -- The government's emergency loan scheme for companies shuttered by the nationwide lockdown has been dogged by access problems, with banks treading carefully to minimize the risk of investigations by regulators and litigation if borrowers do not recover from the economic shock caused by the COVID-19 outbreak. 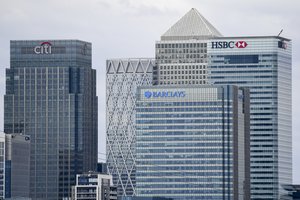 Britain's banking sector is mindful of the risk of regulatory investigations and litigation if borrowers do not recover from the economic crisis. (AP)

The speed at which the coronavirus business interruption loan scheme, known as CBILS, was assembled has exposed flaws in the government program designed to throw a lifeline to small and midsized enterprises. As a result, only a fraction of the tens of thousands of applications for emergency loans have been approved.

MPs have been pressuring banks to urgently ramp up loan approvals since the program was launched in March. The Treasury wants lenders to make loans now to prevent businesses collapsing. But banks are concerned that the Financial Conduct Authority will blame them for creating unaffordable debt if they lend the money to a business that then goes bust.

The scheme differs from some of its European counterparts. Lenders have to manage their 20% exposure on the CBILS loans as well as assess the total risk of the debt on the government's behalf — and not every business will survive the coronavirus lockdown.

"There is some concern that, from a conduct point of view, banks might be held accountable for failures linked to measures that the government has had to take," James Southworth, a partner at Eversheds Sutherland, said. "There is a high degree of caution, particularly from the bigger banks which were heavily damaged by the financial crash, that they might fall foul of regulatory reforms."

Firms with a turnover of less than £45 million ($55 million) per year can make use of CBILS. Small and midsized companies can borrow between £25,000 and £5 million, with the government guaranteeing 80% on each loan and covering the first 12 months of interest payments. Latest figures show that around £6 billion has been distributed to 36,000 companies through the program.

No limit has been set on the scheme, which is part of the government's £330 billion emergency loan program, but there are an estimated 387,000 potential applicants.

Senior bankers were grilled at a Treasury Committee inquiry this month, when Conservative MP Felicity Buchan said many companies were having their applications rejected unreasonably.

"Clearly, the root frustration out there is that the pace of lending, certainly under the CBILS scheme, has not been as rapid as we would have liked," Buchan said.

Caution fed by a series of commercial lending scandals has put banks in the regulatory spotlight. Those events included the public outcry over reports that Royal Bank of Scotland and other lenders had stripped the assets of small companies they were meant to be restructuring after the financial crisis. Many were forced into bankruptcy.

The FCA wrote to bank chief executives in April reminding them of their responsibility to ensure lending decisions were fair, after politicians sought re—assurances that lenders were not putting their financial interests ahead of those of their customers. Banks have been told to appoint a senior manager who will be legally accountable for any errors made while lending to small and midsized enterprises.

"Banks will be expected to treat SMEs much in the same way as retail customers – with particular emphasis on their fair treatment — and if there is any evidence that banks are using the CBILS scheme in an egregious way, or to profiteer from the scenario, the regulator will take action," Lorraine Johnston, regulatory counsel at Ashurst, said

The FCA's Senior Managers and Certification Regime makes a bank's top brass liable for a fine or ban if their teams commit wrongdoing and they have not taken reasonable steps to prevent it. This includes conduct toward customers and a responsibility to ensure they act fairly over loan decisions.

Lawyers also say that banks are concerned they could be breaching regulatory duties to carry out affordability checks for their smallest business borrowers, which are protected by the Consumer Credit Act. Under those rules, lenders have to make sure borrowers fully understand the terms of the loan, otherwise the loan contract could be canceled.

"SMCR does result in personal accountability and tackles behaviors that were all contributing factors to the 2008 crisis, but the flip side is that each individual senior manager is concerned about their own accountability: that could slow down decision-making in terms of getting these CBILs out," Eversheds' James Southworth said.

Lenders also have to worry about approving loans that could put them in breach of Prudential Regulation Authority rules safeguarding the stability of the banking industry, which prohibit making loans they cannot get back.

"Ultimately, it's quite hard to persuade somebody to open up their balance sheet in the circumstances in which, by definition, you're dealing with businesses that are in large part presenting a financially very challenged picture," James Collis, a partner at Squire Patton Boggs LLP, said.

"It's a pretty heady cocktail for somebody in a risk assessment team — who has spent the last 12 years being told to be careful — to suddenly turn round and say: Let it through. This is a really big issue," Collis added.

Too Slow Vs. Too Fast

Banks now face opposing pressures. They must get large volumes of new loans to unrated borrowers out of the door as fast as possible in the face of a severe recession, and they have to strictly follow conventional rules over prudent lending and consumer protection.

Amid the government-ordered lockdown, most bankers are also working remotely. The last thing they need now is to be blamed for execution failures on a scheme they did not design, legal experts said.

"I would be thinking very carefully about how my bank is administering this scheme, and how to run the overall framework of the bank in order to minimize my exposure to that kind of negative scrutiny coming out of the crisis," Matthew Kirk, an international affairs advisor at Squire Patton, said.

Banks could also become the target of litigation from companies claiming that delays in deploying the loan scheme plunged them into financial difficulty.

The last financial crash led to a wave of legal action from retail and investment customers over losses that is still being played out in the courts. Lenders are accused of taking advantage of their clients and misselling as they pursued profit.

"With CBILS they could argue that it wasn't the fault of the government scheme, per se, but the way it was implemented by the banks. How material this is will depend on the individual cases," Eversheds' Southworth said.

Businesses that go bust during the coronavirus pandemic could turn to the courts if they blame their bank for being unable to dip into the government loan scheme that was designed to keep them afloat.

"If a company does collapse as a result of a failure to disperse money that they otherwise would have got or would have got, had they gone to another bank operating the same kind of scheme, then that could be problematic for banks," Jumana Rahman, a partner at Cohen & Gresser LLP, said.

Businesses would face a big task to prove that they would have survived if the bank had not breached its obligation to lend — but if they succeed they would be entitled to damages over that misconduct, Rahman said.

"But that's a big hurdle to get over," she added. "It may be easier to show that a bank has failed to follow the government guidance in the right spirit, which would more likely lead to regulatory involvement than litigation recourse for individuals or entities."