The New Normal In SDNY Will Include 'Lots Of Plexiglass'


Law360 (May 20, 2020, 6:03 PM EDT) -- As the COVID-19-stricken greater New York City area inches toward reopening for business, a platoon of workers at the Southern District's federal courthouses is readying a transformation that will include enhanced social distancing for jurors, controlled access and clear barriers to shield workers and trial witnesses.

Southern District Chief Judge Colleen McMahon doesn't know exactly when the city — which arguably has been hit harder by the coronavirus outbreak than any other place in the world, with nearly 23,000 deaths — will get the go-ahead to reopen from Gov. Andrew Cuomo, whose full lockdown order of March 20 is still in place. 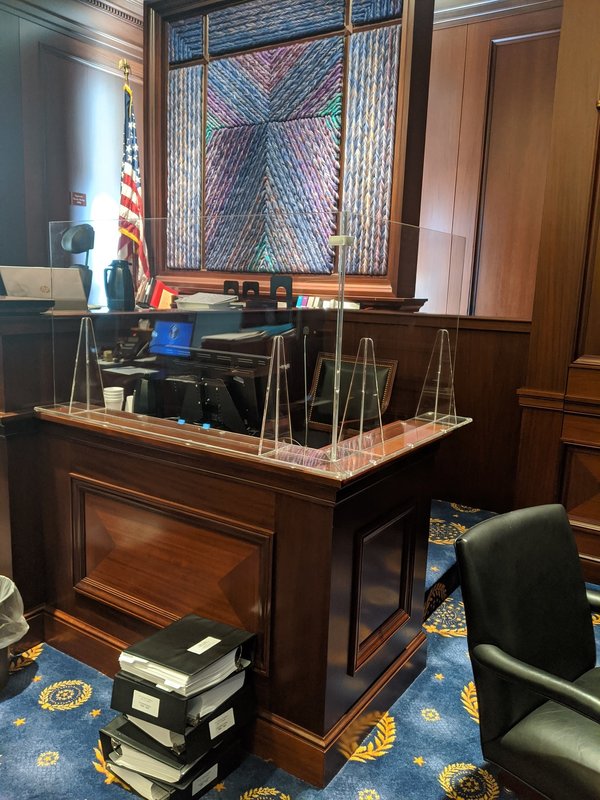 But the sense is it may come sooner than later. And when it does, she told Law360, SDNY courthouses will have made an "extraordinary" effort to be ready.

"You'll see changes in the courtrooms," Judge McMahon said. "There is lots of plexiglass around here. There are lots of things being separated."

The changes will be large and small and could slow down proceedings. Social distancing will be enforced in security lines and elevators — the time-honored elevator handshake will be forbidden — and, when they eventually return, jurors will see distancing measures.

Much of New York state, including the Albany region, has made enough progress in combating the spread of the virus to begin reopening. But the city, where hospitalizations and other virus-related metrics have been stubbornly difficult to tamp down, especially in lower-income neighborhoods, is not there yet. 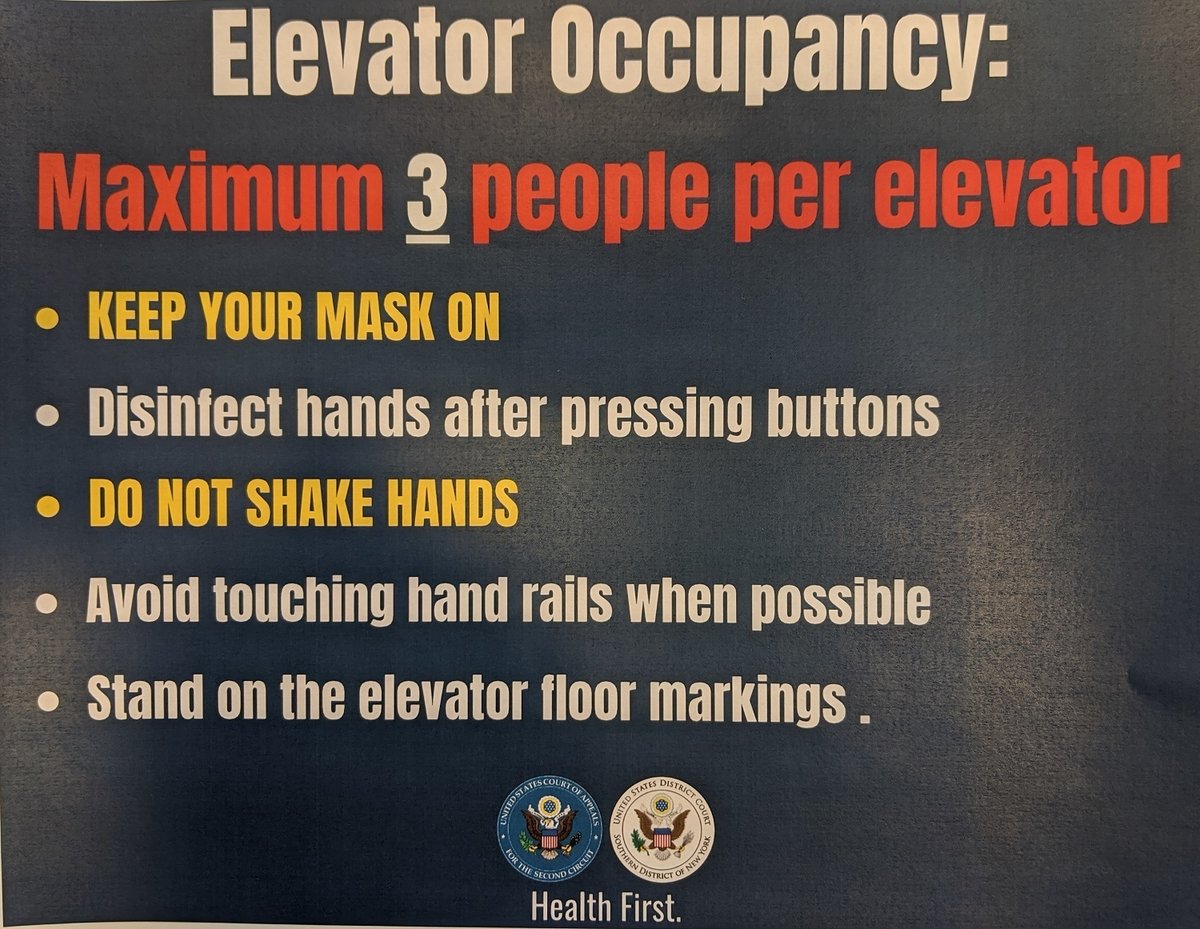 Elevator occupancy will be carefully controlled.


The court will reopen in phases, according to District Executive Edward Friedland and Judge McMahon.

"Jury trials are going to be the last thing to come back," Judge McMahon said.

They eventually will kick off in large, refurbished courtrooms — three in downtown Manhattan's Thurgood Marshall Courthouse and three in the adjacent Daniel Patrick Moynihan Courthouse — that feature clear plastic barriers and jury boxes where jurors are much farther apart. Similar changes also are afoot in the Southern District's Charles L. Brieant Jr. Courthouse in White Plains. 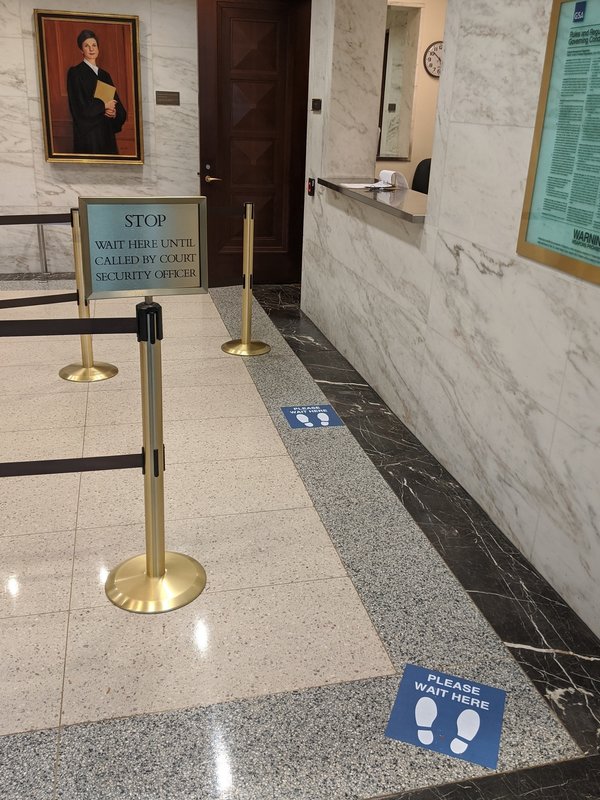 Social distancing will be enforced throughout SDNY courthouses.

There also will be limits on how many lawyers can cram together in courtroom wells and on who can observe, Friedland said.

Prior to restarting jury trials, however, the court will kick off its first phase by opening its doors to employees. And, in a second phase, the court will open its doors to lawyers and some litigants for the purpose of taking filings and potentially holding nonjury proceedings in person.

"I expect Phase Two will last for a while," Judge McMahon said.

When the court reopens, hundreds of Southern District workers will be screened for the virus and will be asked to self-report symptoms. The screening effort will run alongside distancing, masking and hygiene in a model that follows a successful effort by the Massachusetts General Hospital system to protect its workers from the disease.

There are hundreds of workers who make the Southern District run, but so far only 18 — including court security personnel and cleaning staff — are known to have contracted the virus.

The Southern District's only COVID-19-related death, however, was a notable one: the passing of retired U.S. District Judge Kevin T. Duffy, a "legend" among his colleagues. 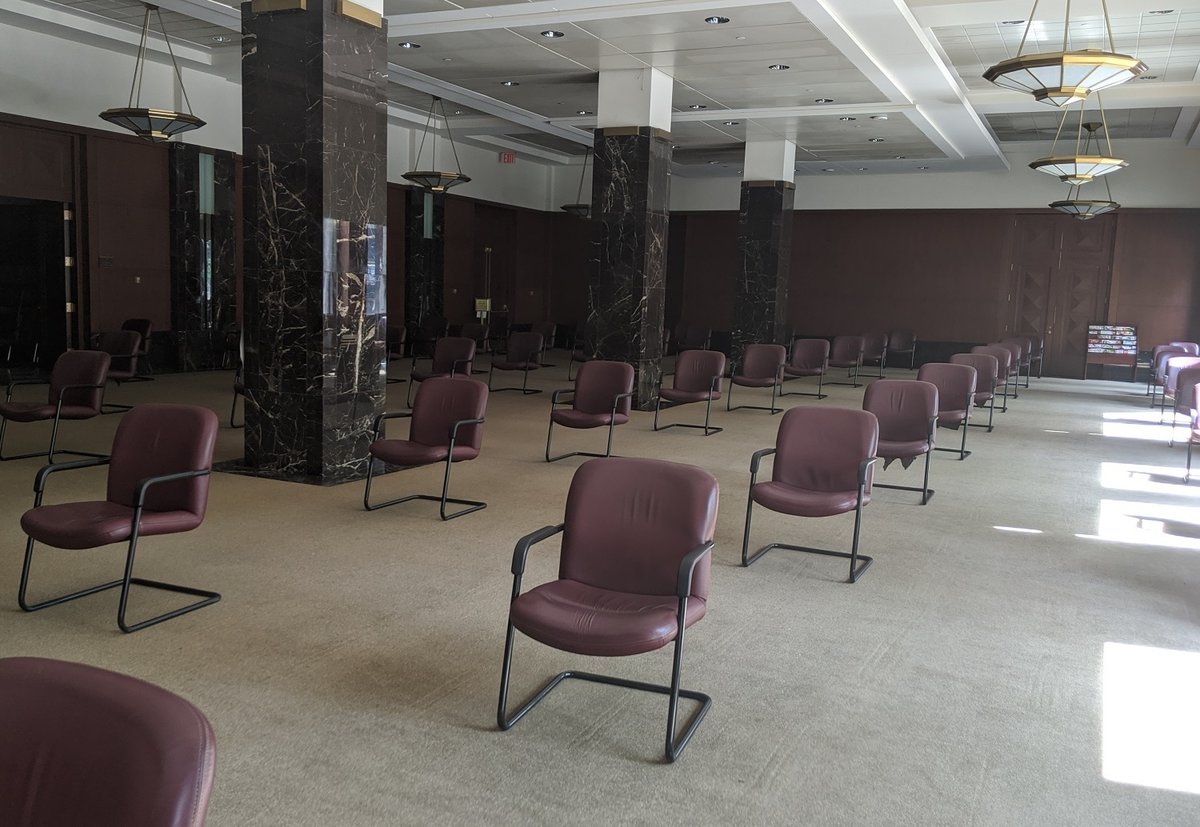 Fewer jurors will wait to be called in a socially distanced jury pool room.


Meanwhile the Second Circuit, which is housed in the top floors of the Thurgood Marshall building, has successfully adopted an oral argument by telephone approach. The appellate court has no intention of reopening until mid-August at the very earliest, according to Clerk of Court Catherine O'Hagan Wolfe.

The onslaught of the virus has led to some beneficial charges, from a court perspective, including a broad expansion of telephone hearings, Judge McMahon said.

As things reopen, many judges may continue to hold hearings by phone, favoring them over dragging lawyers and litigants to New York City from far-flung places.

And, Judge McMahon cautioned, the whole thing could revert to a full lockdown in the blink of an eye if "the worst happens" and coronavirus case numbers begin to spike again.