By Erin Coe
Law360 is providing free access to its coronavirus coverage to make sure all members of the legal community have accurate information in this time of uncertainty and change. Use the form below to sign up for any of our daily newsletters. Signing up for any of our section newsletters will opt you in to the daily Coronavirus briefing. 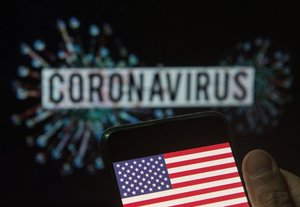 Because of the spread of the coronavirus, courts have turned to teleconferencing, with mixed results. (Getty photo illustration)

Jonathan Goodman, a U.S. magistrate judge in the Southern District of Florida, was presiding over discovery issues between plaintiff and defense attorneys in a proposed class action alleging Quincy Bioscience LLC deceptively marketed its supplement Prevagen as a memory booster, but the line kept breaking up and background noise seeped through from an attorney on speaker phone. At one point in the middle of the hearing, the judge disappeared from the call.

"Your honor? Did we lose your honor?" asked Glenn Graham of Kelley Drye & Warren LLP, counsel for Quincy.

The judge, who had called in from his home, didn't answer. After a couple of minutes he resurfaced, apparently the victim of an abrupt disconnection.

As federal and state courthouses across the country shut their doors and limit their access to the public amid the growing COVID-19 pandemic, judges and court staff have been scrambling to keep the justice system moving, in part by switching some court proceedings to phone and video conferencing. For some courts, the transition to operating remotely in this unprecedented era has been fairly seamless; for others, it's been a bit of a slog as judges contend with technical glitches and learn to use new software on the fly.

For instance, the D.C. Circuit on Friday heard arguments by phone for the first time and live-streamed its first teleconference — in a case where a coalition of health care groups are challenging a Trump administration health insurance rule — but the arguments had a few hitches.

Several times the sound cut in and out, and D.C. Circuit Judges Thomas Griffith, Gregory Katsas and Judith Rogers, who sat on the panel, repeatedly apologized for talking over each other.

"It's kind of a mess," Judge Griffith said when informing his colleagues almost 40 minutes into the hearing he got dropped from the call for about six minutes. The judge said he couldn't see himself on software the court was using for the teleconference.

"You missed nothing," Judge Rogers said with laughter, adding she too had a technical glitch.

The sound quality of the judges' phones or headsets was not great, according to Robert Loeb, an Orrick Herrington & Sutcliffe LLP appellate partner who was listening in and not representing any of the parties.

"The court probably needs to do its own sound checks and test runs," he said. "An oral argument shouldn't have judges dropping off the line for five minutes."

Attorneys during the arguments also were talking too quickly, Loeb said.

"When you're in front of the judges face to face, you know you need to talk slowly to make sure the judges are digesting what you're saying, but people are used to speaking quickly on the telephone. And if you talk too quickly, they can lose the thread of what you're arguing," he said. "Because of the poor audio quality and so much interference [at Friday's arguments], it was difficult to hear what advocates were saying."

Another issue had to do with the chiming system that D.C. clerks use. In the courtroom, the clerks notify advocates with one chime when they have one minute left to argue and two chimes when their time is up, but the system didn't work as well over the phone. Some advocates ignored the chimes, possibly because there was too much background noise, Loeb said.

Meanwhile, the U.S. District Court for the Northern District of California is holding civil hearings by telephone or videoconference, but many criminal hearings are continuing at the San Francisco courthouse. However, some think technology should be more widely deployed in criminal cases as well to alleviate crowded courtrooms and better respond to times of emergency.

Adam G. Gasner of Gasner Criminal Law, one of the attorneys representing Russian national Yevgeniy Nikulin, who is facing criminal hacking charges, was in California federal court on Wednesday and convinced U.S. District Judge William Alsup to pause the jury trial after arguing the prosecution's witness may have been exposed to the new coronavirus.

"Even though we are in the Bay Area and in the tech capital of the world, the courts here are somewhat behind other courts in the United States in their use of technology and particularly in their use of teleconferencing," Gasner told Law360 on Friday.

"One of the issues we have had in this case is the need to have the client personally present, and we can't teleconference from jail because we don't have the infrastructure set up," he added. "There's an opportunity here to relook how we handle everyday court appearances by criminal defense lawyers and prosecutors. As of now, there are inefficiencies in that it is required that all parties have to be present all the times when a case is heard in court. That's magnified when there's an issue like this because coming together as a group is disapproved of" amid the pandemic.

Telephone conferences at the Delaware bankruptcy court also have been a work in progress. One issue is choppy audio, especially because of feedback from some lawyers trying to listen in on speakerphone, even though the court clerks have discouraged the practice.

Another unhelpful habit is some lawyers are forgetting to identify themselves over the phone, making it difficult for reporters and others on the call to know who is speaking.

In general, lawyers and courts are used to oral arguments that are relatively seamless and all the formality that goes along with the process, but it may be that everyone needs to start getting used to phone calls and video sessions that are a little less formal, Loeb said.

"I think [court] systems will adapt, but the technology and the familiarity aren't there yet," he said.

Although some courts are struggling with this sudden shift to a remote way of working, others seem to be switching over with little fuss.

The move to telephone oral arguments in the Second Circuit has been pretty straightforward so far, with judges giving lawyers three uninterrupted minutes to argue and taking turns asking counsel questions.

Matthew Belanger of Faraci Lange LLP had an oral argument over the phone on Friday on behalf of a tow company owner who is seeking coverage from Michigan Millers Mutual Insurance Co. for injuries he allegedly sustained on the job. Belanger described the hearing as "an excellent experience under the circumstances."

"The judges were great about announcing who was speaking, and after a few minutes I forgot I was on the phone," he said.

His advice for other attorneys was to prepare the same way as they would for an in-person argument and to be mindful of not speaking over the judges.

"You will be given three minutes of uninterrupted time to make your argument before questions start, and the court was very good at following that, so lawyers should be prepared as to how they plan to use that time," he said. "There were very few interruptions before the three minutes was up. Listen to the prior arguments so that you can figure out what judge is speaking, although they make it much easier by telling you and by taking turns."

Adam Moskowitz of The Moskowitz Law Firm was on the line with U.S. Magistrate Judge Goodman on Friday when the judge was dropped from the call, but he also had other hearings by phone in the bankruptcy court in Miami and in state court in Fort Lauderdale.

He acknowledged that the judges are still learning and they're trying their best, and overall, the calls worked well. On top of that, new rules allowing court reporters to swear in witnesses over the phone were going to make procedures more efficient. He also said having a judge on calls may spur attorneys to resolve some disputes faster.

He said in the Florida state case where he is representing a proposed class against Florida Power & Light Co. stemming from a water main break, he and opposing counsel were waiting on the phone for the judge to join, and in the meantime they were able to resolve three-quarters of the pending discovery issues.

"We were able to talk through a lot of issues we normally wouldn't have," he said. "Maybe these phone and video conference hearings will keep going after the pandemic. They've been very productive, at least for now."

As of Monday, Florida judges were still working through some glitches. U.S. District Judge Raag Singhal was presiding over a telephonic hearing in which Apple Inc. argued for the dismissal of a proposed class action by iPhone 4 owners alleging the company made its FaceTime videoconferencing app nonfunctional for iOS 6 and older operating systems. The audio quality was pristine, and attorneys were arguing in an orderly fashion when all callers were unceremoniously thrown off the line at one point.

"I want to commend all sides on an excellent argument," Judge Singhal told the parties at the end of the hearing. "I don't think these phone hearings are the way to go, but I think in these next 90 days, that's what we're going to be doing here."