By Michele Gorman
Law360 is providing free access to its coronavirus coverage to make sure all members of the legal community have accurate information in this time of uncertainty and change. Use the form below to sign up for any of our daily newsletters. Signing up for any of our section newsletters will opt you in to the daily Coronavirus briefing.

"How do I know the firm is telling me the truth about their financial stability?"

"How do I talk to my law firm partners about how I'm feeling in the wake of George Floyd's death?"

These were some of the questions submitted anonymously by lawyers participating in the Metropolitan Black Bar Association's "Support for Black Law Firm Associates" webinars amid the ongoing pandemic and the civil unrest over Floyd's death in Minneapolis, said Anta Cisse-Green, president-elect of the MBBA.

The organization recently created the series, which featured BigLaw partners as panelists, in response to black attorneys' concerns over how the economic downturn stemming from COVID-19 could undermine diversity efforts in the legal profession, as firms across the globe for weeks enacted cost-cutting measures such as furloughs and layoffs.

While we made incremental but painfully slow progress with respect to the hiring, promoting and retaining of minorities and women in the 2000s, we took several steps backwards after the Great Recession when we took our eyes off of this important goal. 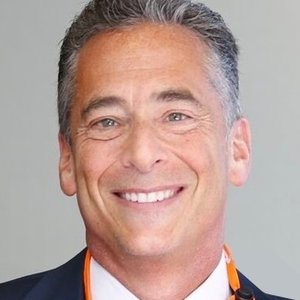 The virtual series is one example of how legal organizations are creating initiatives to try to prevent diversity efforts from moving to the back burner as firms and in-house departments begin to emerge from the pandemic and reassess their budgets and priorities.

As a slew of firms in recent days have recognized Juneteenth to commemorate the end of slavery in the United States and promote racial justice, some have also implemented programs focused on supporting lawyers in marginalized groups with their career development.

In addition to deeming Juneteenth a firm holiday, Seyfarth Shaw LLP last month launched The Belonging Project "to proactively combat the effects of the COVID-19 pandemic on inclusion and diversity in the profession," according to its website.

The initiative offers professional development resources for diverse attorneys and law students, including webinars on topics from personal brand and career success to mock interviews and resume help.

The MBBA, Seyfarth and others are trying to avoid repeating the mistakes made following the 2007-2008 global financial crisis, when some diversity numbers fell and only recently started to recover.

While the legal profession "made incremental but painfully slow progress with respect to the hiring, promoting and retaining of minorities and women in the 2000s, we took several steps backwards after the Great Recession when we took our eyes off of this important goal," said Joel Stern, CEO of the National Association of Minority & Women Owned Law Firms, or NAMWOLF. "The metrics show this clearly. This was a mistake that we do not want to see repeated."

Anytime there are furloughs, pay cuts and the like at law firms, there is a reason to be concerned that women will be affected disproportionately by these measures. 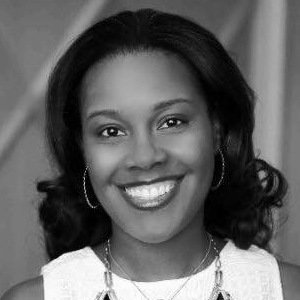 Between 2009 and 2019, the proportion of African American associates increased just from 4.66% to 4.76%, according to the National Association for Law Placement's 2019 Report on Diversity in U.S. Law Firms published in December.

As NALP Executive Director James Leipold said in the report, it's "somewhat of a tragedy that it has taken more than 10 years to achieve such a meager benchmark, and it is notable that the number remains well below five percent."

Even before the pandemic, the legal profession was "already in a bad position with respect to diversity and inclusion numbers," said Cisse-Green, who's also associate general counsel of development and director of legal operations at NYU Langone Health. "It's very clear that whenever we are in a financial crisis, that's the first thing that goes."

And the picture is not much brighter for women, who according to the 2019 Law360 Glass Ceiling Report make up more than half of law school students but continue to be underrepresented at all levels of a typical firm.

The NALP report found that between 2009 and 2019, the percentage of black women who are law firm associates had actually fallen from 2.9% to 2.8%. Also, fewer than four of every 100 firm partners are women of color, and fewer than one of 100 are African American women, according to the NALP.

"Anytime there are furloughs, pay cuts and the like at law firms, there is a reason to be concerned that women will be affected disproportionately by these measures," said Danielle Allison, CEO of Ms. JD, an organization that supports aspiring and early-career female attorneys.

Among Allison's concerns are whether the pandemic could hinder women's ascension to equity partnership, cause them to fall further behind in achieving pay equity with their male peers, and increase women's representation in part-time employment as they care for their children and aging parents.

"Of course, with all of these considerations, the implications for women of color is likely to be even more alarming based on the outcomes of the 2008 recession," Allison said.

To try to avoid the same mistakes and continue to support their community, Allison and the other leaders at Ms. JD quickly shifted most of their programs to virtual platforms as coronavirus cases soared earlier this year.

You can't invest in initiatives like the Mansfield Rule, and then pull back one year, and then invest again. It has to be a sustained, continuous investment in time and money and in energy or it doesn't work. 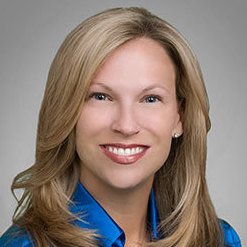 founder and CEO of Diversity Lab

For example, the next version of its Determined to Rise academy for middle school students who might be interested in law careers will be a free online workbook accessible to girls across the country, Allison said.

The organization also launched a webinar series to help female attorneys with topics including parenting and cultivating relationships while working remotely, as well as how nonblack attorneys can support their black peers.

And to help fill the professional development gap as many summer associate programs take place virtually and don't last as long this year, Ms. JD plans to share an online course with firms that includes topics for associates on legal writing, financial management and LinkedIn best practices.

"I do think that we've been able to really transition with the times right now, and that's something that we really pride ourselves in," said Maleaha Brown, chair of Ms. JD's board of directors.

It's this overall awareness and strength of certain programs that keep some people optimistic.

Diversity Lab founder and CEO Caren Ulrich Stacy is one of those people, as her organization continues to encourage the legal industry to affirmatively consider underrepresented lawyers for leadership roles and promotions through its Mansfield Rule.

In 2017, Diversity Lab — which uses novel ideas to try to boost diversity and inclusion in the industry — launched the Mansfield Rule project, requiring participating firms to show that candidates considered for leadership spots included at least 30% women and attorneys of color.

Each year, the organization makes improvements to the initiative. For the upcoming version, it's adding a "certification plus" designation that asks firms to ensure at least 30% of the attorneys staffed on matters resulting from formal pitch meetings are from historically underrepresented groups, Ulrich Stacy said.

Now, 95% of the firms participating in the most recent Mansfield Rule certification have renewed for the next version, called the Mansfield Rule 4.0, and 20 more firms have joined the effort, she said.

The effort has grown from 42 firms in its first year to 115 now, said Ulrich Stacy, adding that she hasn't yet released the firm names.

The growth "tells me a lot about firms' continued commitment," she said. "They understand that you can't invest in initiatives like the Mansfield Rule, and then pull back one year, and then invest again. It has to be a sustained, continuous investment in time and money and in energy or it doesn't work."

There are also plans to launch a midsize firm version, as well as expand the initiative into the United Kingdom, she said.

Elsewhere in the legal industry, Stern and others at his organization are encouraging leaders not to put diversity efforts on the back burner with the launch of its #WhyNAMWOLFNOW campaign.

As part of the effort, which began in mid-March, NAMWOLF has beefed up its social media presence and shared on its website public letters from in-house leaders at high-profile companies such as Verizon and Morgan Stanley. Those leaders call on firm managers to continue to prioritize diversity and demand that fellow in-house counsel hire women- and minority-owned firms for legal work.

Some say these efforts go above anything that took place in the aftermath of the financial crisis.

"My view is, back in 2010 you didn't have general counsel [tell] the law firm, 'Lower the rates, make it cheaper and keep [diversity and inclusion],'" Stern said. "I just don't think D&I was part of that messaging. I think it is today."

But Stern cautioned firms and in-house departments against "the call to action without action," and stressed the importance of creating strategic, long-term programs built around their words to ensure that diversity and inclusion is baked into their culture.

If diversity and inclusion is "treated as philanthropy or hobby or nice to have or 'we'll do it because our people want us to do it,' it will fail and it will send a worse message to your people than if you had done nothing at all," he said. "The law firms and the corporations that are successful are the ones that can show progress during good times and bad times."