Law360 (June 26, 2020, 10:58 AM EDT) -- Oil and gas producer Sable Permian Resources filed for Chapter 11 protection in a Texas bankruptcy court on Friday, saying the continuing decline in energy prices has left it without the cash to keep up the payments in its more than $1.3 billion in debt. 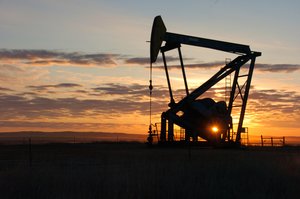 Counsel for Sable told the court in the case's first-day hearing Friday that a billion-dollar, out-of-court restructuring in 2019 proved insufficient to deal with the continuing plunge in oil and gas prices, and that the company was aiming to either be restructured or sold within 90 days.

Houston-based Sable was founded in 2014 as the parent company of American Energy Permian Holdings, with which it merged following the 2019 restructuring. It currently holds 127,600 acres of oil and gas leases in the Permian basin of west Texas, according to its court filings.

According to its filings, the company has $575 million in revolving debt and $744 in other long-term debt.

At Friday's hearing, Sable counsel Jeffrey Bjork said the transaction deleveraged the company by about $1 billion, but that it continued to face "headwinds" from the Russia-Saudi Arabia oil price war and the demand decline caused by the COVID-19 pandemic, particularly in the first quarter of 2020.

As a result, J.P. Morgan restricted Sable's real estate-based loan facility, and the company found itself with a $175 million borrowing deficiency to pay off, on top of $83.7 million in interest payments and the impending maturity of $27 million in notes, he said.

The company had less than $48 million of unrestricted cash on hand at the time of the filing, Duenner said in the declaration.

Sable said it had secured $150 million in debtor-in-possession financing to continue operations through the bankruptcy.

Representatives of an ad hoc senior noteholder group made an appearing at the hearing, claiming the company had rejected the group's restructuring plan and that the Sable companies were "dominated" by the sponsors of the 2019 restructuring. An examiner should be appointed to look at "dysfunction" in the boards, they said.

"We have very real questions about some of the decisions that have been made," said Damian Schaible of Davis Polk & Wardwell LLP, one of the counsel for the group.

Sable has retained Evercore Group as its investment banker and Alvarez & Marsal North America LLC as its restructuring adviser.

The case is In re: Sable Permian Resources LLC et al., case number 20-33193, in the U.S. Bankruptcy Court for the Southern District of Texas.

Update: This story has been updated with information from court documents and the first-day hearing.