By Martin Croucher
Law360 is providing free access to its coronavirus coverage to make sure all members of the legal community have accurate information in this time of uncertainty and change. Use the form below to sign up for any of our daily newsletters. Signing up for any of our section newsletters will opt you in to the daily Coronavirus briefing.


Law360, London (July 20, 2020, 6:11 PM BST) -- Insurers aren't protected against paying out for cataclysmic events, the Financial Conduct Authority said Monday in a high-profile trial, arguing that it was just "bad luck" they may now have to compensate potentially 370,000 businesses forced to close during the U.K. lockdown. 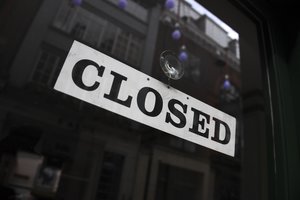 Insurers may have to compensate up to 370,000 businesses that were forced to close during the U.K.'s coronavirus lockdown. According to the Financial Conduct Authority, insurers can't just refuse to cover policyholders because a coverable event was "really bad." (AP)

Colin Edelman QC said that insurers had offered protection to businesses against forced closure from a notifiable disease outbreak but had now refused cover, effectively on the grounds it was "a really bad notifiable disease."

Edelman is representing the FCA in a test case against eight insurers over liability in 17 business interruption policy wordings. He said Monday the scope of the action was far wider, potentially affecting 370,000 policyholders with 700 types of policy wordings employed by 60 insurers.

In his opening arguments, he questioned why many insurers had not restricted cover to a list of defined diseases if they didn't intend to insure against new and emerging diseases.

"They price [policies] on the basis that the very nasty diseases will never happen," Edelman said. "That's just insurance. Insurers are probably feeling like they've made a mistake now with these policies."

But, he told the court, "they're not to be protected from the possibility that a cataclysmic event could happen."

"That's just bad luck being an insurer," he added.

Many of the policy wordings say that insurers will pay out if a business is forced to close as a result of an outbreak of an infectious disease, within a defined vicinity of between 1 mile to 25 miles.

Policyholder groups have said it should be easy to prove that there was a case within that vicinity based on hospital records.

Insurers have said though that even if there wasn't a case within that scope, the insured business would have still been forced to close because of a national outbreak. Edelman said that if every insurer took the same stance, nothing would be paid out anywhere in the U.K.

The trial is heard by Judge Christopher Butcher, who sits in the Commercial Court, and Judge Julian Flaux from the Court of Appeal. It will last for eight days.

Zurich Insurance PLC is represented by Andrew Rigney QC and Caroline McColgan of Crown Office Chambers and Craig Orr QC and Michelle Menashy of One Essex Court, instructed by Clyde and Co LLP.

The case is The Financial Conduct Authority v. Arch Insurance and others, case number FL-2020-000018, in the High Court of Justice of England and Wales.