Law360, London (September 15, 2020, 11:21 AM BST) -- The High Court ruled on Tuesday that insurers should have to pay out on claims to approximately 370,000 businesses forced to close during the lockdown in a landmark judgment that tests the scope of the coverage offered by business interruption policies during the pandemic.

Judges Christopher Butcher and Julian Flaux ruled in favor of policyholders in the majority of the 21 policy wordings that have come under the microscope in a test case brought by the Financial Conduct Authority. 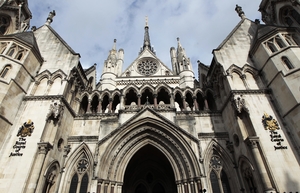 The FCA and policyholders prevailed in a key test case on whether insurers are liable to pay claims under business interruption policies for businesses forced to close as a result of the government-mandated lockdown during the coronavirus pandemic. (AP Photo/Sang Tan)

"The decision should bring welcome news to a significant number of policyholders who will need to read the judgment carefully and see how the principles laid down by the court apply to their particular policy wording," said Paul Lewis, partner at Herbert Smith Freehills LLP, which represented the FCA.

The policies selected for the test case were those which had clauses offering protection against either disease outbreaks or denial of access to premises by a public authority. Some policies had a mix of both clauses.

The judgment said that most but not all of the disease clauses offer coverage. It said that some denial of access clauses provide coverage, but it depended on several factors, like whether the business was forced to close completely or was still allowed to operate in a limited way.

The FCA said insurers should reflect on the findings of the court case and "consider the steps they can take now to progress claims of the type that the judgment says should be paid."

Christopher Woolard, interim chief executive of the FCA, said that if insurers appealed the judgment, they should do so quickly.

"Thousands of small firms and potentially hundreds of thousands of jobs are relying on this," he said.

A pre-trial agreement between the insurers and the FCA, signed in May, allows either side to appeal, including a possible "leapfrog" appeal directly to the U.K. Supreme Court.

Insurers have so far declined to say whether they will appeal. The Association of British Insurers said because the judgment was so lengthy, it would "take a little time for those involved in the court case to understand what it means and consider any appeals."

Insurer Hiscox said that "fewer than one-third" of its 34,000 U.K. business interruption policies would pay out as result of the judgment. That meant an additional hit to the company of £100 million ($127 million), after reinsurance, well below the £250 million that was the maximum the company said it could have to pay out.

The trial, which took place in July under the financial markets test case scheme, turned a  spotlight on so-called non-damage extensions in business interruption policies.

Such insurance typically covers lost earnings only if a company is prevented from operating because of physical damage to a premises.

But insurance companies sell many policies with extensions that offer cover if trading is disrupted by other factors, such as an order from a public authority for a business to close because of an outbreak of an infectious disease.

Businesses criticized insurers during the pandemic for what they said was an almost-total refusal to pay out on claims for the period of the lockdown. Insurers said their policies were not intended to cover pandemics and were limited to local or isolated disease outbreaks.

The FCA said in May that it intended to seek an "authoritative declaratory judgment" on whether insurers were liable to pay out on claims. The regulator initially chose 17 policies for the test case that it said represented the market.

The regulator asked insurers, including those not acting as defendants in the case, to examine their portfolios for similar policy wordings as it sought to gauge the scope of the legal action. The FCA said on the the first day of the trial that 370,000 small businesses would probably be affected by the judgment.

Zurich Insurance PLC is represented by Andrew Rigney QC and Caroline McColgan of Crown Office Chambers and Craig Orr QC and Michelle Menashy of One Essex Court, instructed by Clyde and Co LLP.

The case is The Financial Conduct Authority v. Arch Insurance and others, case number FL-2020-000018, in the High Court of Justice of England and Wales.

Update: This story has been updated with additional detail from the ruling and comment from the parties.