By Xiumei Dong
Law360 is providing free access to its coronavirus coverage to make sure all members of the legal community have accurate information in this time of uncertainty and change. Use the form below to sign up for any of our daily newsletters. Signing up for any of our section newsletters will opt you in to the daily Coronavirus briefing.

In the past two months, at least three firms, including Alston & Bird LLP, Frost Brown Todd LLC and Rimon PC, have opened new offices and added attorneys in the Lone Star State, spreading their footprints across Dallas, Houston and Fort Worth.

Atlanta-based Alston & Bird officially announced the opening of its Fort Worth office Sept. 9, after taking a six-lawyer team from native Texas firm Thompson & Knight LLP. The office is led by Darren Hauck, who also serves as the partner in charge of Alston & Bird's Dallas office, which opened in 2007.

In the last five years, there's just been an enormous influx of firms from Chicago in particular, but also from other parts of the country. 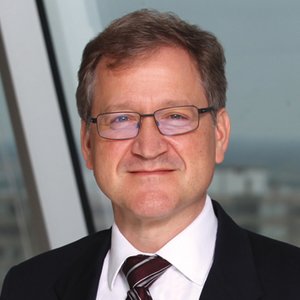 "We came to Dallas in 2007, so we've not been here for a really long time, but in the last five years, there's just been an enormous influx of firms from Chicago in particular, but also from other parts of the country," Hauck said. "So, that has really fragmented the market in terms of hiring folks and placed a lot of stress on firms in the market."

Because of the surge of out-of-state firms coming in, Hauck explained that partners who grew up in Texas firms have become more open to making lateral moves to help newcomers establish their practices in the state.

According to data collected and analyzed by competitive intelligence firm Decipher, Dallas and Houston have recorded 173 lateral partner moves over the first three quarters of 2020 — at 94 and 79 respectively — putting the two cities above other major legal markets, such as Philadelphia and Miami.

For the same period last year, Dallas and Houston had recorded 210 lateral partner moves and 420 associate lateral moves, distributed almost evenly between the two, Decipher's data showed. It reported a slowdown since the coronavirus pandemic sparked in early spring.

In an interview with Law360, Otis Grigsby, a Houston-based director in Major Lindsey & Africa's partner practice group, said he has seen law firms' benchmark "metrics" for the new hires increase in Texas in recent months.

But that still hasn't stopped Texan lawyers from wanting to make a move, he added.

"When you see enough of your colleagues make jumps to other firms that were outsiders, and then they share their experiences, and it's gone pretty well, and then you're looking at what's going on at your own firm, it like feels maybe some of the top talent has been carved out a bit," Grigsby said.

While Frost Brown Todd may be new to Houston, we are not. The lawyers in this office are not. 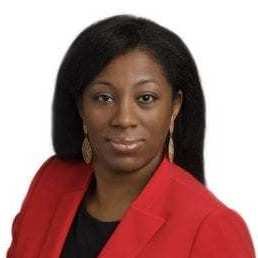 The six attorneys that recently joined Alston & Bird are litigation partners Robert Vartabedian and Conrad Hester, who are based in Fort Worth along with senior associates Alix Allison and Nicholas Davis, and corporate partner Mitchell Griffith, who joined the firm's Dallas office along with litigation associate Connor Bourland.

With the team's arrival, Alston & Bird now has 48 attorneys in Texas across its Dallas and Fort Worth offices, Hauck said.

Alston & Bird's Texas lawyers have litigation expertise in transactional finance, commercial matters, intellectual property, mergers and acquisitions, securities, and health care, he said, adding that the former Thompson & Knight group will serve as the foundation for a broad oil and gas practice in the area.

But as a market that has traditionally been dominated by local Texas firms, Hauck said it took the firm a "long time" to establish a presence in the community. "We keep trying to grow and continue to build out our presence in the state, but it takes a 13-year project, and I'm sure 13 years from now we'll still be working on it," he said.

Ohio-based Frost Brown Todd also expanded its Texas footprint when it launched an office in Houston in early August.

As part of the Houston expansion, the firm absorbed a team of attorneys from local boutique McFall Breitbeil & Eidman PC, and added others from Lewis Brisbois Bisgaard & Smith LLP and Munsch Hardt Kopf & Harr PC.

"While Frost Brown Todd may be new to Houston, we are not. The lawyers in this office are not," said Zenobia Bivens, the Houston office's member-in-charge, who joined the firm in January from Berg & Androphy.

Texas is a tough place to break into as an outsider. 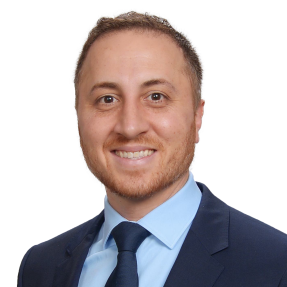 According to Bivens, these new Houston lawyers have expertise in energy, technology, health care, manufacturing, transportation, product liability and environmental regulatory work. And with support from the Dallas team, they can handle "every aspect" of client matters, she said.

Frost Brown planted its flag in the Lone Star State with its Dallas office in 2015. According to the firm's website, it has 34 attorneys in Texas: 25 in Dallas and nine in Houston.

"Every year, Houston is growing and Texas is growing; you see in the media people talking about that they want to come to Texas because we have such a diversity of industries," Bivens said.

In an interview with Law360, Rimon's managing partner, Michael Moradzadeh, said the firm has been looking to break into the Texas market for about six years and finally made the move after finding Krafka.

"Texas is ... a tough place to break into as an outsider," Moradzadeh said. "So that's why we wanted to make sure that we brought in the right people that we felt could help us grow and bring in great Texas lawyers as opposed to just being another law firm in Texas."

Krafka is experienced in handling M&A, securities offerings, joint ventures, corporate governance and commercial agreements for companies in the oil and gas, energy, and technology sectors.

Thomas Fawell, a Rimon corporate partner focusing on M&A and capital formation, also relocated from Chicago to help the firm search for more talent to join in the region.

Moradzadeh is looking to build a full-service practice in Texas. He said the firm is also planning to add lawyers in Dallas and Austin, and that the COVID-19 pandemic has made it easier for Rimon, whose model has always heavily involved remote work, to recruit new attorneys.

"Because now that the rest of the legal world has been introduced to working from home due to COVID-19, we've had a lot of attorneys sometimes saying they actually really like it, they become already accustomed to collaborating through the cloud," he said. "So, the transitions have been easier and the interest in the firm has been greater, allowing us to start the office, and now to expand."

The coronavirus pandemic has also made clients more accustomed to videoconferences, Moradzadeh said. That has allowed new attorneys to transition quickly without flying around to meet clients, he said.

"Not only has video replaced in-person meetings, I'd say even more dramatically it has replaced telephone calls, which means that we're seeing our clients more than we used to, which has been a nice development," he said.

In the first half of 2020, Rimon added 14 new partners and opened new offices in Dubai; Sydney; Berlin; Birmingham, Alabama; and Houston, the firm said. It is also looking to add offices in Denver and London.