WEX Wins Round In Payment Providers' Suit Over $1.7B Deal

By Bonnie Eslinger
Law360 is providing free access to its coronavirus coverage to make sure all members of the legal community have accurate information in this time of uncertainty and change. Use the form below to sign up for any of our weekly newsletters. Signing up for any of our section newsletters will opt you in to the weekly Coronavirus briefing.


Law360, London (October 12, 2020, 7:18 PM BST) -- Financial technology company WEX persuaded a judge on Monday that the court should consider the broader payments market when weighing whether the coronavirus pandemic is a material adverse effect that allows it to ditch a $1.7 billion deal to buy two travel payment providers. 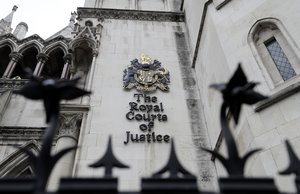 A High Court judge has said that the main concern for trial focuses on whether a material adverse effect clause in the deal was triggered. (AP Photo/Kirsty Wigglesworth)

Judge Sara Cockerill ruled at the High Court on Monday on several preliminary issues in the case, noting that the main concerns for trial revolve around whether a material adverse effect clause in the deal was triggered.

That includes assessing whether a "carve-out" in the clause for pandemics would not apply because — as WEX Inc. has argued — the businesses it agreed to buy were disproportionately hit by the pandemic "compared to other participants in the industries in which [they] operate."

WEX has sought to pull out of the agreement by arguing that Optal Ltd. and eNett International (Jersey) Ltd. were affected by the pandemic to a greater extent than the rest of the payments industry.

Judge Cockerill ruled in favor of WEX in her Monday ruling. She found that the impact on Optal and eNett should be measured against the broader payments industry, saying "there is no travel payment industry."

The lawsuit — filed by the sellers behind the deal, private equity-backed Travelport — seeks to force WEX to go through with the $1.7 billion deal. The transaction was inked on Jan. 24, a week before the World Health Organization declared the coronavirus outbreak a public health emergency of international concern.

The resulting government measures across the globe included restrictions on travel, leading to falling demand across the industry, including for payments to and from companies within the travel industry.

Judge Cockerill noted in her ruling that, during a trial on the preliminary matters in September, the sellers provided evidence showing that WEX had touted the acquisition in a presentation to investors as a strategic acquisition that "strengthens its position in the Travel Payments Industry." But she said the sellers' characterization of the deal was oversimplified.

"While I entirely accept that WEX was very keen to buy the sellers' business from a travel specific perspective, and that that was a —  and probably the single most — significant, driver for the deal, that is not all of the story," the judge said.

WEX's witnesses said that the acquisition would be used to gain a hold on a wider range of markets, which she accepted.

"The conclusion to which I come in relation to the objective purpose of the transaction was that this was not a deal with a single purpose," the judge said.

Linked to that decision was whether the comparative industry was the broader "business to business" industry or the "travel payments industry," which was what Travelport had argued.

Judge Cockerill noted that witnesses at the trial had said that "travel payments industry" was a familiar phrase but none on either side said it was a standard term.

The sellers filed their lawsuit in May, alleging that WEX breached the terms of the agreement and should be required to complete the purchase.

They say that most of eNett's and Optal's revenues comes from their so-called travel payments business — in which they provide payment services such as virtual credit cards to online travel agencies — and that their rivals were all affected by the pandemic in the same way.

During the trial on the preliminary questions in September, a lawyer for the sellers, Richard Hill QC of 4 Stone Buildings, argued that WEX's efforts to have the companies treated as operating in the general payments industry would widen the pool of peers on which to assess the effects of COVID-19 to an "impracticable" scale.

The case has been moving on an expedited basis, as WEX told the court the acquisition hinges on financing terms that are set to expire. Hill said at a hearing on Monday that a revised cut-off date is April 22, 2021 and that he hopes the follow-up trial in the case will be "finished and decided by then."

The judge refused the sellers permission to appeal the ruling, although they could still apply directly to the Court of Appeal to weigh in.

Despite the setback, Hill said the fight is not over.

"It's very difficult and impractical to say there's some overall result, because we don't know what the result is going to be until the second trial," the lawyer told the court.