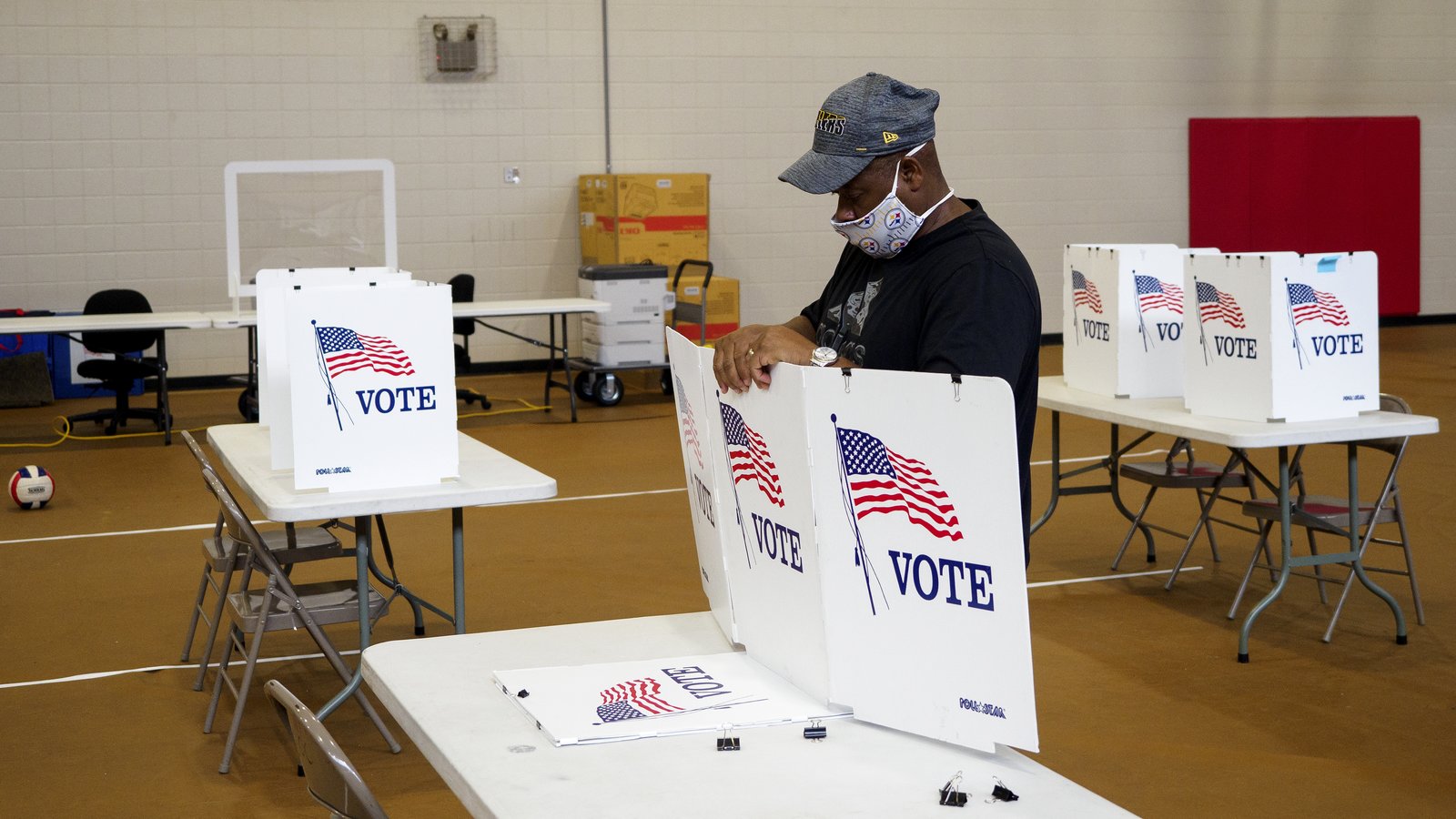 
Georgia attorney Lauren Brenner was shocked when she volunteered to work a voter protection hotline during her state's June presidential primary.


Untested voting machines, a lack of provisional ballots and a shortage of poll workers due to COVID-19 led to "this long day of unique problems, where people were standing in line for hours," said Brenner, a trademark attorney at Kilpatrick Townsend & Stockton LLP who spent that day fielding voter complaints. 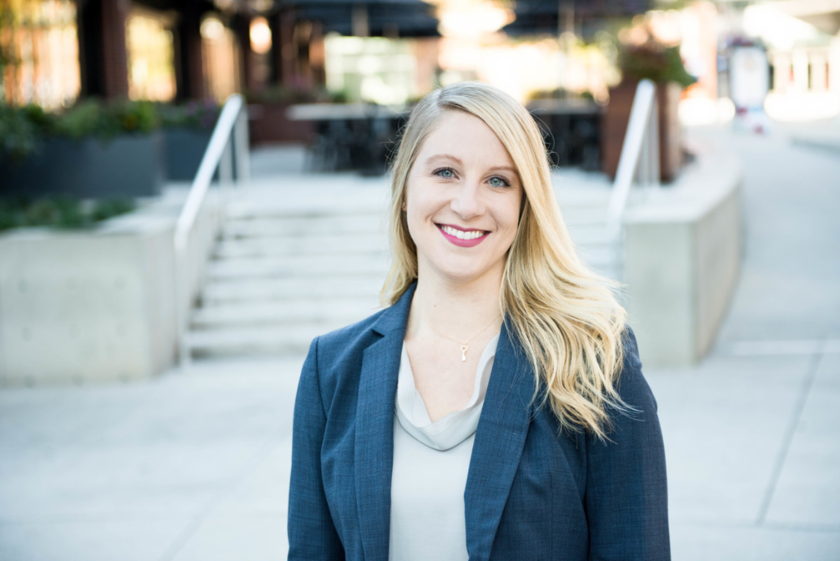 Kilpatrick attorney Lauren Brenner says that even though she's anxious about volunteering during a pandemic, being a poll worker is an important chance to give back to her community.

Brenner, who lives in a predominantly white neighborhood north of Atlanta, had never herself experienced the difficulties facing the voters she spoke with.

"It just really opened my eyes to things that people have to deal with that I had not been exposed to," she said.

So when she learned she could volunteer as a poll worker in the general election and help prevent some of those difficulties, she said yes.

Brenner is just one of the attorneys being recruited by the Association of Pro Bono Counsel to pitch in this November at polling places that some worry may be left understaffed by the coronavirus, leading to issues like the ones she saw in Georgia.

"The right to vote is probably the bedrock constitutional right in our democracy," said Wendy Richards, principal and pro bono counsel at Miller Canfield Paddock & Stone PLC and co-chair of APBCo's Voting Rights Task Force. "And to be able to facilitate that really speaks to our duty as attorneys to promote access to justice to those in need."

Trying to Avoid a 'Disaster'

Recruiting poll workers is always a challenge, said Election Assistance Commission Chairman Ben Hovland. A 2018 survey conducted by the EAC found that 70% of jurisdictions had at least some difficulty finding people to work that November's election, according to Hovland, and more than half of those they did recruit were over age 60.


That means a large proportion of those who usually work the polls are at greater risk of complications from COVID-19, a fact Hovland said led to "a huge dropoff of poll workers" during this spring's primaries.

The right to vote is probably the bedrock constitutional right in our democracy. 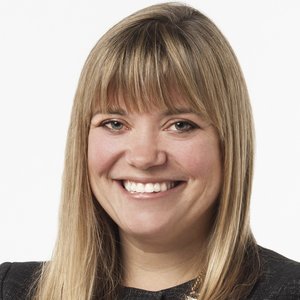 Less than 10% of poll workers in Kentucky were willing to work that state's primary, and Madison, Wisconsin, lost over one-third of its poll workers, according to an EAC report.

Without enough poll workers, many jurisdictions may be forced to consolidate polling places, Hovland said, something that happened during the primary in Milwaukee, where only five polling places were open for the entire city.

And that translates into long lines, warned Gabe Rosenberg, communications director and general counsel to Connecticut's secretary of state, who is also asking attorneys to help out at the polls this year.

"Lines lead to people not voting," Rosenberg said. "They show up, see the line, they're like 'I'll come back later,' and later they're busy and they've lost the right to vote because of a staffing issue."

Long lines aren't an issue just because the voters waiting in them have work, children and other responsibilities, pointed out Tamara Caldas, who heads up Kilpatrick's pro bono program and is leading APBCo's attorney recruitment effort in Georgia. Those lines are especially problematic this year when large groups of people standing near each other for extended periods of time puts everyone at greater risk for coronavirus.

Caldas said a desire to avoid a repeat of Georgia's primary, when people were still voting past midnight, is the driving force behind her and others' participation in the effort.

"The June primary in Georgia was notoriously something of a disaster," she said. "And there was just this strong desire to work out some of the problems that led to that."

So APBCo has reached out to lawyers, law students and other legal professionals through an initiative it hopes will encourage attorneys to alleviate some of that need.


The initiative provides communications materials that firms can customize to reach out to its attorneys and connects a firm's volunteers with organizations they can sign up with, said Richards. Her own firm, Miller Canfield, is leading the effort in Michigan, where it also recruited poll workers for that state's primary in March.

If a poll worker understands the law in their state, a lot of voter confusion can be cleared up. 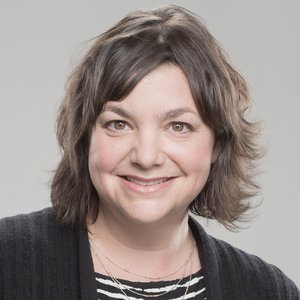 The effort is nationwide but is concentrating on eight states with the greatest need, according to Harlene Katzman, co-chair of APBCo's Voting Rights Task Force and pro bono counsel and director at Simpson Thacher & Bartlett LLP. Those states are Texas, North Carolina, Georgia, Michigan, Wisconsin, Arizona, Florida and Pennsylvania.

The initiative follows a previous project led by APBCo to draft state-specific guides to help lawyers become poll workers, said Katzman, who is focusing on the recruitment effort in Texas.

More than a dozen law firms are involved, according to T. Clark Weymouth, who manages the Americas pro bono practice at Hogan Lovells, which is serving as an information clearinghouse for the broader effort and is finding firms to take the lead in various localities.

Many of those firms are further supporting the recruitment effort by allowing their attorneys to count the time they spend training or working the polls toward their pro bono hours. Brenner's firm, Kilpatrick, is one of those. So is Vinson & Elkins LLP, according to V&E senior associate Caitlin Lawrence.

Lawrence will be working the polls in Harris County, Texas, where she hopes to prevent a repeat of that state's March primary, when some voters stood in line for six or seven hours, in part because of a shortage of older poll workers who weren't comfortable volunteering in the middle of a pandemic, she said.

"It is one tiny way that I can hopefully contribute to making those lines just a little bit shorter, which I think for a lot of people is one of the biggest impediments to voting on Election Day," Lawrence said.

But recruiting attorneys like Lawrence is only half the effort. The other half is connecting with local election officials and nonprofit organizations to determine where the needs are and how best to place volunteers, according to Weymouth.

Richards, for instance, is working with the Michigan secretary of state and local county clerks' offices, as well as Michigan Voting, a coalition working to ensure voting access. Katzman said she's working with the Texas Civil Rights Project, and Caldas is hosting events for the Georgia ACLU.

"It's nice to have this coalition of law firms and nonprofits and academics all working together," Richards said, adding "We know that there's a need here, we know that lawyers and law students are a way to fill that gap, so how do we do this effectively and make sure people get to the right place?"

Why Lawyers Are a Good Fit

Attorneys are particularly well-suited to be poll workers because of their problem-solving skills and organization, these lawyers say. But COVID-19 has made them an even better fit.


That's because in addition to keeping certain poll workers home this election, the pandemic has also led to a raft of changes in the election's rules. Those changes will make it more complicated for those who do volunteer this year, Richards pointed out, and some of those rules may even still be in flux depending on the outcomes of various litigation efforts pending in courts around the country.

"Election law is fairly complicated, right? And to be a poll worker you really need to be able in a potentially demanding situation to be able to navigate the legal rules quickly and efficiently in order to process people through the polls," she said.

For instance, Caldas expects those volunteering in Georgia to face confusion from voters who requested absentee ballots that never arrived or that they returned but that aren't showing up as cast in the state's online system. Many of those voters will come to the polls on Election Day wondering if they can still vote, she said.

"And it's going to be the poll workers who take that voter through the proper process to cancel the paper ballot and allow them to vote on Election Day so that they're getting to vote but that they're not illegally voting twice," Caldas said.

Rules around ID requirements and "use it or lose it" laws that allow election officials to remove those who haven't voted recently from the polls are some of the other issues these attorneys say they're expecting to face on Election Day.

That "complex web of laws governing who can vote and how" means volunteers will need to spend time helping voters understand whether they can vote, if they're in the right polling place, and if they're not on the rolls, what they can do about that, said Katzman.

"If a poll worker understands the law in their state, a lot of voter confusion can be cleared up," she said.

That's why several secretaries of state are also encouraging attorneys to be poll workers this year.

Connecticut's secretary of state is working with that state's bar association to encourage attorneys to volunteer at the polls, as well as reaching out to the Constitution State's law schools to get their students on board, according to Rosenberg.

"And the legal community seems very willing, more than willing to step up," he said.

Vermont's secretary of state is also working with the Vermont Bar Association to get lawyers to volunteer in that state, according to Vermont Deputy Secretary of State Christopher D. Winters.

Meanwhile, secretaries of state in Ohio and Kentucky have made it so attorneys can get continuing legal education credits for volunteering as poll workers. And the Indiana and South Carolina Supreme Courts have also approved CLE credits for time spent working the polls.

"I can tell you from our firm alone, our Ohio attorneys are volunteering because of it," Richards said.

But that's not why Lawrence and Brenner say they're volunteering. The first-time poll workers said they see working Election Day as an opportunity to meaningfully help their communities by taking the place of older volunteers who may be more at risk from COVID-19.

Both attorneys admit to being anxious themselves about that risk, and both say they'll be taking precautions and bringing their own protective gear to the polls. But both ultimately decided helping people vote this year is worth taking the chance.

"For me it came down to this — it is very important for people to be able to exercise that right," Lawrence said. "And if I can contribute to it, even in a small way by making it easier because they have one extra person to staff a poll and maybe move people through those lines a little bit faster, for me that ended up being a benefit that was important enough for me to decide to do this."