Law360 (November 8, 2020, 11:27 AM EST) -- President-elect Joe Biden's ambitious plan to raise taxes on corporations and wealthy families to pay for pandemic relief and other priorities will face significant hurdles on Capitol Hill. 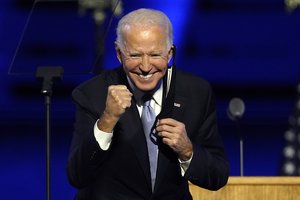