Biden's Judges Will Likely Be More Liberal Than Obama's 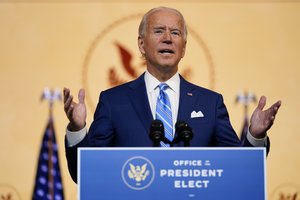 Observers across the political spectrum agree Trump's picks were more ideologically consistent than those of past administrations and told Law360 that Biden is likely to respond in kind, although Republicans could constrain his ability to seat left-leaning judges if they keep the majority in the U.S. Senate.

If the Senate confirms two pending judicial nominees, Trump will have notched 55 appeals court confirmations in one term — the same number Obama added to the courts in two terms.

"Almost all of them are rock-solid conservatives," Mike Davis, a former Republican Judiciary Committee staffer, said in a panel discussion. "These are not compromise picks."

Trump's success will leave Biden with the fewest judicial vacancies for a new president in at least four decades. However, with dozens of judges eligible for retirement, new openings could come quickly and allow Biden to make his mark.

"Ideology would play a greater role in Biden's selection process than it did for Obama, while maintaining the emphasis on diversity," said Elliot Slotnick, an Ohio State University professor emeritus who studied judicial selection across administrations. "There's reason to think his slate would be more liberal," because the Democratic Party has moved to the left over the past decade and focused more on the courts, especially after Trump's three high court appointments. 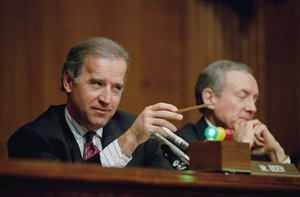 "You'll see more people in their early 40s [who could] be considered later if there's an opening on the Supreme Court," he said. "They will certainly not be far-right-leaning. They'll likely be in the mold of someone like Ruth Bader Ginsburg or Sonia Sotomayor."

"I fully expect a Biden administration to prioritize putting champions of the cause of justice on the bench," said Daniel L. Goldberg, legal director for the left-leaning Alliance for Justice.

The progressive group Demand Justice has urged Biden not to pick any "corporate judges" who were BigLaw partners or in-house at major companies. Most observers say an anti-corporate slant is unlikely. Biden's inner circle includes many BigLaw veterans.

Of course, a liberal dream come true would be a conservative nightmare.

John Malcolm of the right-leaning Heritage Foundation said Biden has moved to the left along with his party and predicted "very progressive judges who are 'living constitutionalists.'"

"I have no doubt in my mind what sort of judges Joe Biden will nominate — it's the imperial judiciary," said Sen. Josh Hawley, R-Mo., warning of "legislators who want to impose their own views on the country."

Hawley and his fellow Republican senators may be able to constrain Biden's choices if either of two runoff elections in January goes their party's way.

The Senate majority is up for grabs in an unusual pair of Jan. 5 runoffs for both of Georgia's seats. Democrats must win both seats to reach a 50-50 tie broken in their favor by Vice President-elect Kamala Harris. Georgia hasn't elected a Democratic senator since 2000, but Biden's narrow win there suggests a serious contest.

A GOP-led Senate would limit Biden, likely requiring compromise picks and bipartisan packages. Republicans could slow confirmations to a trickle, as they did in Obama's final two years.

But if Democrats claim the majority, Republicans would not be able to filibuster any judicial picks thanks to Democrats' 2013 vote to lower the confirmation threshold to a simple majority for the first time in American history.

"Obama had the opportunity to push more ideological or more liberal candidates in that short period of time when he had a filibuster-proof majority," said Rorie Solberg, an Oregon State University political scientist focused on judicial politics. "Now, Biden doesn't have to worry about the filibuster. If he can get a majority in the Senate … then he would have more leeway to push through nominations."

Regardless of Senate control, Biden will benefit from a 2017 change that gave the president more power over nominations. Republicans nixed the century-old "blue slip" tradition for circuit judges. The custom, which allows senators to block nominees for judgeships in their states, continues for district courts.

Liberal advocates have urged Democrats to preserve the modification, along with recent Republican practices of having appellate nominees share a confirmation hearing and speeding up votes on the Senate floor.

Sen. Sheldon Whitehouse, a Rhode Island Democrat on the Judiciary Committee, has told Law360 that "unilateral disarmament" would unfairly hobble presidents of his party.

"At the end of the day, Vice President Biden is a product of the Senate and will be very respectful of how it operated in the past," said Ballard Spahr LLP counsel Dennis K. Burke, who spent five years as the committee's lead counsel when Biden was chairman. "I don't know if it's a full restoration, but they would lean heavily toward more involvement of the senators than did the Trump administration."