By Paige Long
Law360 is providing free access to its coronavirus coverage to make sure all members of the legal community have accurate information in this time of uncertainty and change. Use the form below to sign up for any of our weekly newsletters. Signing up for any of our section newsletters will opt you in to the weekly Coronavirus briefing.


Law360, London (January 13, 2021, 4:38 PM GMT) -- Courts must build on the lessons of the COVID-19 pandemic and make sure that efforts to modernize the justice system continue, including by making remote hearings permanently available, the head of the country's court administrator said on Wednesday. 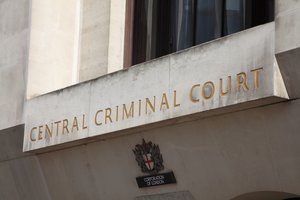 The "unprecedented nature" of the pandemic has required the legal system to work in new ways, the head of the country's courts administrator has said. (iStock)

Kevin Sadler, acting chief executive of HM Courts and Tribunal Service, said the coronavirus pandemic and the difficulties faced early on by the courts in England and Wales as they tried to keep proceedings running has reinforced the importance of a program to reform the justice system and bring it into the digital age, which was launched in 2016.

"The unprecedented nature of this public health emergency has required us to adopt new ways of working, without the preparation that would have normally taken place and under conditions that haven't previously been tested," Sadler said.

He pointed to "significant achievements" that have helped keep the courts running through most of the pandemic.

Ninety percent of courts and tribunals are now using some form of remote technology and 18 temporary "Nightingale" courts have opened with protective measures, including social distancing and installing plexiglass dividers, to ensure that jury trials can proceed, Sadler told an online event hosted by the Westminster Legal Policy Forum.

More than 70,000 crown and magistrates' court hearings have been held via a cloud video platform, he added.

"We need to continue to ensure that the technology that we've recently introduced at pace works effectively for all participants in court procedures," Sadler said. "Reform is going to continue. It's more important than ever that it does."

Some of the changes that have been adopted since March will disappear with the end of the pandemic, while others are likely to remain, according to Sadler.

"With the judiciary, we'll review the measures we've put in place and carefully consider their impacts on all court users to identify which should be adopted in the longer term," he said.

The five-year-old, £1 billion ($1.4 billion) reform program aims to bring technology to the courts, installing new IT systems and screens in courtrooms and expanding the use of video technology in smaller court cases. It also seeks to improve access to justice by simplifying procedures and cutting the amount of paperwork involved in court proceedings.

But the program had been hit by challenges and delays even before the pandemic hit.

A progress report by the National Audit Office in 2018 found that the program faced huge funding gaps. Even though the government had secured a two-year extension to the original timetable and cut back the scope of the planned changes, implementing the intended reforms by March 2023 remained "extremely challenging," the report said.

Sadler acknowledged that the "status quo is just not tenable," and said the benefits brought by the move online in the past nine months are "already clear."

Civil and family court judges were told at the start of the first lockdown in March 2020 to hear cases remotely rather than postpone proceedings. But all jury trials across England and Wales were suspended, causing the criminal justice system to grind to a halt.

Most jury trials resumed in June, after a judicial working party gave recommendations on how to adhere to social distancing and protect the health and safety of court users during proceedings. But the volume of outstanding cases has continued to fall since then, Sadler said.

Yvonne Gallagher, director of digital services at the National Audit Office who also spoke at Wednesday's event, said that the time it takes to build on or replace outdated systems is often underestimated.

The government's vision for its court modernization program is no different, she said. It might realistically take 20 years to set up some projects for which the government had set a five-year deadline.

"Clearly, it's a very daunting challenge, with significant risk of being undeliverable in the time available," Gallagher said. "It's good to have ambition, but we really think being realistic right up front is really important."

She said that the Common Platform program, which will move the courts from a paper-based to a fully digital system, was due to be completed in July 2018. But it is still being rolled out to cities across the country in 2021. The platform is intended to replace a range of aging systems and provide a single case management system for the police, Crown Prosecution Service and the courts.

Modernization of the courts has also been scrutinized by Parliament's Justice Committee, which has issued several recommendations to keep the project on track.