Biden Fires NLRB GC Robb After He Declined To Resign 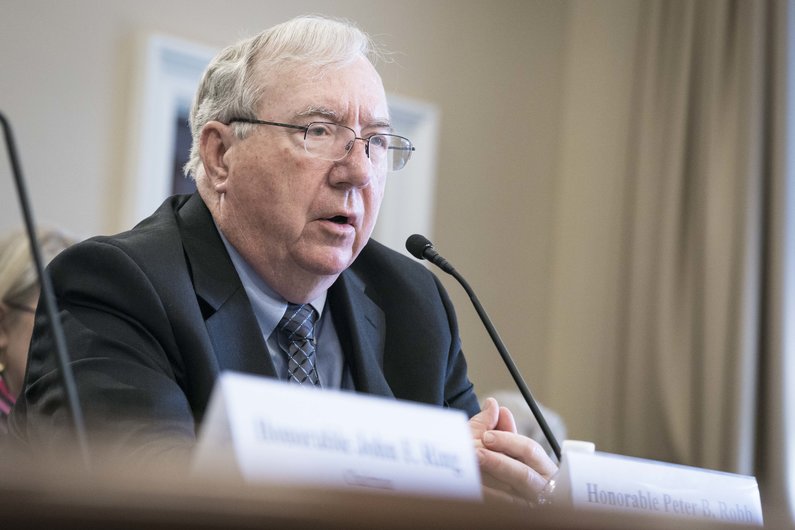 Robb resisted the president's early afternoon request to vacate his seat by 5 p.m. or be removed, telling the White House that firing him would be unprecedented and that his ouster would undermine the independence of the GC's office, according to a copy of his letter to the White House obtained by Law360. Biden fired Robb after he refused to resign, a White House spokesperson said.

Robb's firing ends a fast-moving showdown between Biden and the incumbent GC, who was appointed to a four-year term in November 2017. No president had previously removed a sitting general counsel, though general counsel Robert Denham left office at President Harry S. Truman's request in 1950 in a close analogue.

GCs wield significant power to shape federal labor policy because they decide which labor disputes to prosecute and craft the legal theories staff attorneys present to the five-member board. Following the election, labor leaders had cited this authority as detrimental to unions in pleas for Biden to relieve Robb of his duties.

Robb had advanced numerous business-friendly interpretations of the National Labor Relations Act since taking office, securing board decisions expanding employers' powers to make changes to job terms without the OK from their workers' unions and narrowing workers' access to employers' property and equipment, among others.

Labor unions and their allies cheered the news earlier Wednesday after Bloomberg Law reported that the president had asked Robb to step down or be fired. The Fight for $15, a worker organizing group affiliated with the Service Employees International Union, described the GC's legal positions and his continued ability to press them as "a major and immediate threat to union members and workers nationwide."

"[This is] a necessary and wise first step to restoring some sense of fairness and reason to enforcement of labor law, which for four long years has been ignored and distorted beyond its text, purpose and precedent," said Liebman, who was a board member from 1997 to 2012.

Former NLRB general counsel Jerry Hunter questioned whether Biden has the power to remove Robb. The NLRA holds that GCs are appointed to four-year terms at the consent of the U.S. Senate, the Bryan Cave Leighton Paisner LLP attorney noted.

"He has no obligation to resign, and I don't know what the procedure is [to fire him] since it's never been done before," said Hunter, whose tenure spanned parts of the George H.W. Bush and Clinton administrations.

High-ranking government attorneys concluded in previous disputes between the White House and the Office of the General Counsel that the president can fire the GC, but that power has not been tested in the courts.

In another move at the NLRB on Wednesday, Biden named sole Democratic member Lauren McFerran as chair.

"I am deeply grateful for the opportunity to continue serving with our extraordinary agency staff in this new capacity," said McFerran, who was first appointed to the board in 2014.

McFerran serves alongside Republicans John Ring, Marvin Kaplan and Bill Emanuel. The board has one vacancy, which Biden is expected to fill with a Democrat.

Correction: An earlier version of this story misstated Robb's comments. The error has been corrected.