A Kirkland Partner's Journey To A Historic HBCU Settlement

A pair of bills before the Maryland General Assembly could, if passed, bring the state's four storied, historically Black colleges and universities a historic $577 million dollars that supporters have argued will address long-standing and racist inequities in the state's higher education funding.

This redress would not have happened without a similarly unprecedented decade-plus of federal litigation, nor without the tenacious pro bono efforts, both in and out of the U.S. District Court for the District of Maryland, of Kirkland & Ellis LLP partner Michael D. Jones. 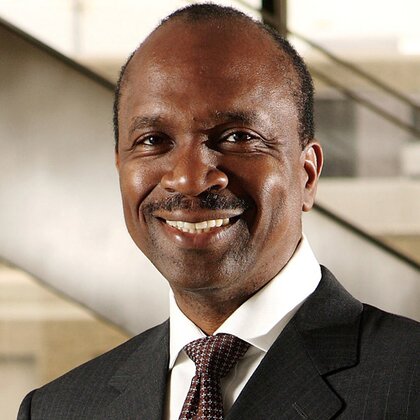 Michael D. Jones guided a legal battle that is on track to bring Maryland's historically Black colleges and universities hundreds of millions of dollars in institutional funding.

Jones already knows a little bit about making history: the seasoned Washington, D.C.-based litigator is Kirkland's first Black partner. And as an alumnus of New Orleans' historically Black Dillard University, the Louisiana-born attorney fully understood the importance of The Coalition for Equity and Excellence in Maryland Higher Education Inc. et al v. Maryland Higher Education Commission et al., when he was initially approached by the Lawyers' Committee for Civil Rights Under Law in 2009 — roughly three years after the case commenced.

"Even before learning about the state's discriminatory policies, I knew the challenges that the schools and students face that are, in some ways, specific to the schools but also exacerbated — and probably started in the first instance — by the societal issues that are much discussed these days, including wealth inequality," Jones told Law360 in late February. "Knowing that, and then being in a position to try to help bring the resources and talent of Kirkland & Ellis to bear, to try to do something for the schools in Maryland, I thought would also [garner] a fair amount of national attention as part of, now, the renewed focus on HBCUs and the challenges they face ... that was really, really interesting to me."

A UMES spokesperson noted to Law360 via email that "it has been rare our institution has offered any public comment or reaction in the media about this slow-moving lawsuit." The other three schools' representatives did not return a similar comment request.

The case was instead prompted by the lead plaintiff, the nonprofit Coalition for Equity and Excellence in Maryland Higher Education Inc., which consisted of faculty, alumni and students from the four schools. One such alumna from Morgan State was Sharon Blake, a former educator, teachers' union leader and candidate for lieutenant governor who helped organize these constituencies through the group Maryland HBCU Advocates.

"In working and interacting with Mr. Jones, I saw such integrity, commitment, a drive," she told Law360. "He was determined, focused, highly intelligent — I mean, truly understood and understands civil rights, the value and the importance of having opportunities for Blacks in this country. And in this particular case, here in the state of Maryland, to help preserve the long-standing legacy of HBCUs. This became a clear drive for him."

Jones worked with fellow Kirkland attorney Karen N. Walker, who declined to offer comment, and Lawyers' Committee Senior Deputy Director Jon Greenbaum in leading a rotating cast of counsels from their employers, as well as others like the NAACP Legal Defense Fund and Georgetown Law, to represent the plaintiffs throughout the roughly 11 ensuing years of litigation. During that time, it wound through the U.S. District Court in Baltimore, the Fourth Circuit Court of Appeals and multiple lengthy mediation sessions.

I underestimated, with Kirkland, in terms of how much this lawsuit was going to take, in terms of time and resources. 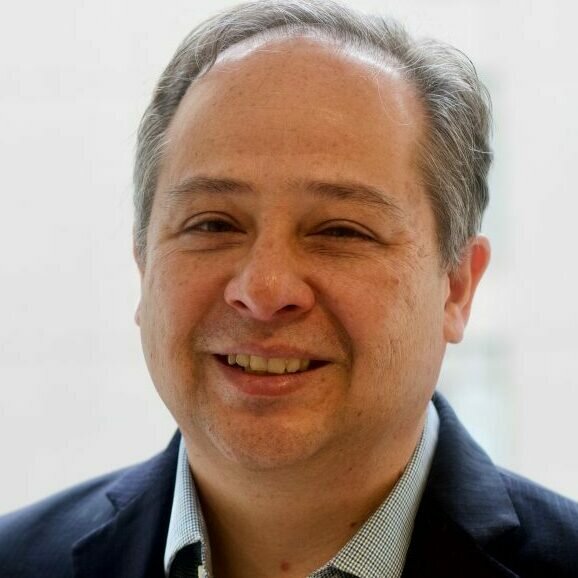 "It's typical [that] we bring in a law firm to co-counsel," Greenbaum told Law360. "I underestimated, with Kirkland, in terms of how much this lawsuit was going to take, in terms of time and resources."

Racking up tens of thousands of pro bono hours, the counsel argued the plaintiffs' case for more equitable educational support by saying the absence of it and privileging predominantly white state institutions violated both the Civil Rights Act of 1964 and the 14th Amendment's equal protection clause.

"Throughout its history and up to the present day, Maryland has maintained a racially segregated system of higher education and has systematically and purposefully engaged in a pattern and practice of racial discrimination that has prevented HBCUs from achieving parity with their traditionally White institution (TWI) counterparts," the complaint reads.

Through the years, the litigants would reach tenuous agreements on increasingly large settlements that legislators in the state capital of Annapolis would debate and pass, only to encounter further hurdles. For instance, the General Assembly in early 2020 passed similar bills to the current ones with near-unanimous and bipartisan support, but Gov. Larry Hogan justified his subsequent veto with alleged COVID-19-related funding concerns. The pandemic also prevented the General Assembly from organizing an override of the veto.

The defendants, the Higher Education Commission and additional state entities among them, relied on Maryland Assistant Attorney General Jennifer DeRose and her office, as well as lawyers from other firms. They include Venable LLP, who counseled the defendants during an initial trial phase, and Zuckerman Spaeder LLP, who faced Jones' team during a mediation phase. Venable attorneys listed in court dockets did not immediately return a request for comment. Baltimore-based Zuckerman partner Cy Smith deferred a similar request to the Maryland Office of the Attorney General, whose spokesperson said it could not discuss a "case [that] remains in litigation."

The plaintiffs notably had to press this matter with the administrations of both the Republican Hogan and his Democratic predecessor, former presidential candidate Martin O'Malley. Jones and Greenbaum both noted unique case components that made it so difficult and lengthy.

"The case has all the elements, to the extreme, of major impact litigation ... [they're] both complicated in terms of the law and really complex in terms of the facts," Greenbaum said.

Jones noted, "The liability trial was six weeks, the remedies trial was seven weeks, and the mediations were multiple weeks — all because the judiciary really wanted the parties to settle this, rather than order a specific remedy."

Realizing the importance of the plaintiffs' communities and other outside stakeholders to the case's fortunes, Jones pursued an advocacy strategy outside the courtroom as well. This involved frequent contact with media outlets like The Baltimore Sun, whose editorial board ran pieces advocating the plaintiffs' arguments. It also required working with activists like Blake, who spoke about the case with then-current Maryland HBCU students and organized protests in the state capital of Annapolis, and legislators — in particular, Legislative Black Caucus members, who pushed the legislative remedies through potential stagnant partisanship.

"The bipartisan nature of this vote, I think, says an awful lot about the case and the desire to settle it," Democratic state Sen. Charles E Sydnor III, an attorney whose district goes through Baltimore city and county, told Law360. "In a day and age when so many things are so partisan, to get that kind of support throughout the entire general assembly was, I think, pretty outstanding."

Sydnor, Blake and Greenbaum all praised Jones' ability to make the case palatable and actionable to these different groups.

"A lot of times, with our firm counsel, they've got a comfort level in terms of litigating a case, but they'd rather defer to us when it comes to things like talking to editorial boards and working with legislators on remedial legislation," Greenbaum said. "Mike has been very involved in that."

Jones said that this matter not only taught him lessons about the significant "interplay" between litigation and public outreach, but also let him confront possible "preconceived ideas — both about big-firm lawyers and large companies."

The case and bills' joint outcome should be resolved by the end of March since the bills have already passed both houses by a wide margin. Another version that includes two procedural amendments from the state Senate's budget and taxation committee, which have been accepted by Speaker Adrienne A. Jones — no relation to Michael D. Jones — of the House of Delegates, still needs to pass both legislative houses. Still, the attorney said that several distinct components of this round of bills leaves him optimistic about the outcome.

Jones, the attorney, said that because the bills are designated "emergency legislation," the governor has a limited time frame to veto, pass or allow them to become law without his signature. The state constitution gives the governor six days, except Sunday, while the Legislature is in session to return any objections.

"His rationale for vetoing the bill last year was [the] daunting economic projections due to COVID," he explained on Friday via email. "Those dire projections did not come to pass. Even if Hogan vetoes the bill again, the Legislature has time to override the veto since they are in session until mid-April."

He noted the Legislature had earlier overrode the governor's veto of a larger bill: the Kirwan Commission bill, which provided funding for K-12 schools.

"Our bill has much more legislative support, and in the Senate, had a number of Republican co-sponsors," said Jones.

Del. Jones also on Friday confirmed to Law360 that legislators plan to override any potential veto by Hogan.

In the meantime, the lawyer plans to take on future pro bono work that tackles racially inequitable policing, an issue that connects to Jones' roots at Dillard, where he said he saw a speech by legendary civil rights activist Kwame Ture, formerly known as Stokely Carmichael.

Jones acknowledged that this work may starkly contrast with his regular practice, in which he has represented such powerful parties as genetically modified agriculture producer Syngenta and lead smelting company NL Industries. In discussing these polarities, Jones drew on his personal experience in courtrooms with few to no Black attorneys, as well as a desire to have the correct perspective in litigation.

"One of the things I often think about is, for early in my career — up until, I would say, the last five, eight to 10 years — whenever I was in court, whether it's in Blackford County, Indiana, or Bisbee, Arizona, often it was a case that the jurors and judge had never seen African American lawyers," he recounted. "And certainly had never seen an African American lawyer leading a large team representing a corporate defendant ... I've always tried very hard to find, in my cases, that core element that we have the right side of the argument, even if, at first blush, that might not be apparent to people."

Correction: An earlier version of this story included a misstatement about the timetable where the governor must address the proposed legislation. That error has been corrected.