By Melissa Angell
Law360 is providing free access to its coronavirus coverage to make sure all members of the legal community have accurate information in this time of uncertainty and change. Use the form below to sign up for any of our weekly newsletters. Signing up for any of our section newsletters will opt you in to the weekly Coronavirus briefing.


Law360 (March 30, 2021, 11:03 PM EDT) -- A Pennsylvania federal judge on Tuesday granted the Occupational Safety and Health Administration's bid to ax a suit filed by meat processing plant workers who claimed that the agency failed to enforce COVID-19 protocols at their workplace despite receiving official complaints. 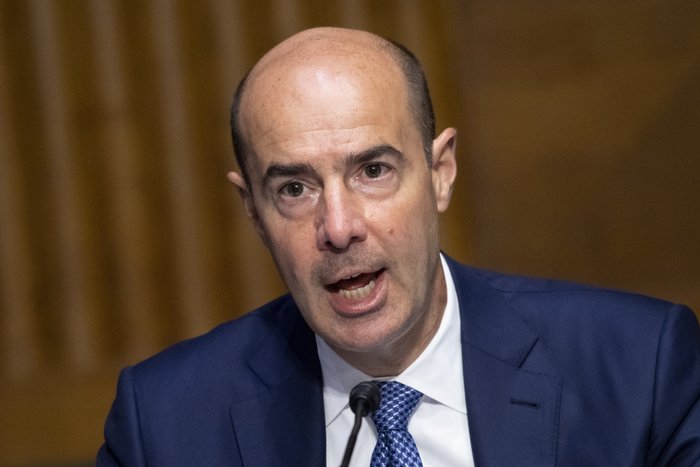 In a 34-page opinion, U.S. District Judge Malachy E. Mannion ruled that the court cannot grant the Maid-Rite Specialty Foods plant workers the relief they seek under a provision of the 1970 Occupational Safety and Health Act since OSHA has determined that there is no imminent danger existing at the plant.

Based on that determination, the agency did not make any recommendations to then-U.S. Department of Labor Secretary Eugene Scalia to correct any danger. And the provision that the workers seek relief under only extends relief in instances where the Labor Secretary is presented with a finding of imminent danger by an OSHA inspector and has "arbitrarily and capriciously rejected the recommendation to take legal action."

Still, the judge acknowledged concerns regarding claims that workers raised against OSHA.

"In light of the length of time that it has taken for OSHA to respond to plaintiffs' concerns and to conduct the onsite inspection, the court has serious concerns about whether OSHA is in fact fulfilling its duty to ensure workers' rights to 'safe and healthful working conditions,'" Judge Mannion wrote in his opinion.

The workers, along with nonprofit Justice at Work, filed suit last July claiming that at least half the plant's workforce had tested positive for COVID-19 as a result of lax social distancing on the production line, infrequent hand-washing breaks and a shortage of personal protective equipment.

Despite having made formal complaints to OSHA about the plant's purportedly lax practices, the workers said that no substantial action had been taken by the agency to try to enforce safety standards at the facility.

OSHA has countered in court filings that an inspector visited the Maid-Rite plant at the beginning of July and did not find that there was any imminent danger to workers, and pledged to continue investigating the company.

The agency also said in a December letter to Judge Mannion that it had finished investigating Maid-Rite and that the company would not face a citation. In findings reported along with the letter, OSHA said that while there had been a shortage of face masks initially, the plant now provides them to workers on a biweekly basis.

But in their own letter, the workers contested that OSHA's admitted conclusion that Maid-Rite could improve safety conditions was clear evidence that the agency needed to do more.

Given OSHA's reluctance to do so, the workers said it was incumbent on the court to step in and require that changes be made.

But on Tuesday, the judge sided with the agency's interpretation of the Section 13(d) provision of the Occupational Safety and Health Act, which holds that employees can seek a writ of mandamus if the Labor Secretary fails to seek relief.

"When Section 13(d) is read in the context of Section 13 as a whole, it is apparent that Section 13(d) affords employees relief only in those instances where the Secretary has been presented with a finding of imminent danger by an OSHA inspector and has arbitrarily and capriciously rejected the recommendation to take legal action," the opinion said.

In Tuesday's opinion, the judge expressed how the court shares the workers' concern in that there is no clear remedy for employees if an OSHA investigator declines to find imminent danger or if an investigation drags out before a finding of imminent danger is declared.

Judge Mannion further raised concerns around the plant configuring production lines that render it impossible for employees to socially distance.

However, the judge ultimately determined that the workers' remedy is with the legislature and not the courts.

Justice at Work Pennsylvania, Public Justice, and Towards Justice, all groups representing the workers, told Law360 on Tuesday that they are weighing an appeal of the ruling.

"Despite recognizing these concerns, the court reached the wrong conclusion under the law and dismissed the Maid-Rite workers' challenge to unsafe pandemic working conditions," the groups said. "After being treated as sacrificial by Maid-Rite, and having their complaint to OSHA not taken remotely seriously, the plaintiffs in this suit must have recourse through the civil justice system, as is guaranteed by the Occupational Safety & Health Act."

But the groups acknowledged that OSHA can still inspect the facility and address the imminent danger that the workers face daily.

"We're confident that under its current leadership, OSHA will take both of those steps," they added.

Counsel for the Labor Department did not immediately respond to Law360's request for comment on Tuesday.

The workers are represented by Justice at Work Pennsylvania, Public Justice and Towards Justice.

The Department of Labor defendants are represented by George Michael Thiel of the U.S. Attorney's Office for the Middle District of Pennsylvania.