A 17-year-old Salvadoran girl, K.M., had to walk an hour and a half to and from school on a path patrolled by gang members in the Northern Triangle of El Salvador that is considered one of the most dangerous places in the world.

The gang members harassed and threatened to kill K.M. if they saw her again walking on their territory that was on her pathway to school, but they didn't physically harm her. However, a young man who lived near K.M. and her family and received similar threats was kidnapped one night and killed by gang members for walking on their turf, Proskauer Rose LLP corporate attorney Jae Woo Park, who is representing K.M.'s parents in immigration matters, told Law360.

Much of the torment he went through...was trying to figure out where his daughter was, and no one was able to tell him where she was. 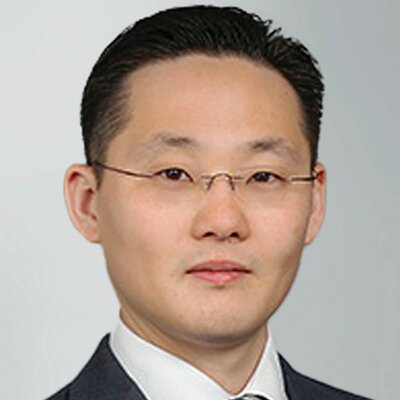 After the young man's murder, the girl's father, E.M., fled with her to seek asylum in the U.S. so that she could continue her education without the threat of violence looming over her head, Park said.

K.M. and her family members are only referred to by their initials to protect their identities.

After E.M. and his daughter entered into the U.S. at the border between Presidio, Texas, and Ojinaga, Mexico, in May 2018, they were almost immediately apprehended by police and taken into the custody of U.S. immigration authorities who separated them per a "zero tolerance" family separation policy that had been recently enacted under former President Donald Trump, according to Park.

"I could totally understand what the father was trying to do, and I think it's really what every parent wants for their kids," Park, who also has a daughter, said about E.M. trying to come to the U.S. so his daughter could continue her education.

Park, a private equity and mergers and acquisitions attorney who previously worked at K&L Gates LLP and Goodwin Procter LLP, had only recently joined Proskauer when the firm announced in 2020 that it would be volunteering with two nonprofits — the Asylum Seeker Advocacy Project and the Lawyers' Committee for Civil Rights of the San Francisco Bay Area — to help reunite separated immigrant families, he said.

Park, who immigrated to the U.S. with his parents when he was a kid, said that at the time of Proskauer's announcement, he had been reading a lot about family separation issues and felt a strong urge to help separated families.

"I think at a fundamental level, at least for myself … forcibly separating children from their families is wrong, unless there is a good reason," Park said.

Park worked on E.M. and his wife's immigration cases with Proskauer associates Laura Stafford, Ayisha McHugh and Rachael Walker and legal secretary Joanna Connelly, who served as a translator between the parents and their attorneys, Park said. The team began working on E.M.'s case in April 2020.

After E.M. was separated from his daughter in 2018, he was deported back to El Salvador and K.M. was sent to live with relatives in Minnesota, according to Park.

For two weeks after their initial separation, E.M. didn't know his daughter's location and no one at the El Paso, Texas, jail where he was being detained would tell him. He finally learned that K.M. was staying with relatives when he was located and contacted by her social worker, according to Park.

"Much of the torment he went through, and the trauma he went through, was trying to figure out where his daughter was, and no one was able to tell him where she was, and they basically verbally abused him," Park said.

Park's first course of action for helping the father was filing a Federal Tort Claims Act petition in May 2020 to compensate him for the trauma that he endured from immigration officers separating him from his daughter. He and his team also requested humanitarian parole visas for the parents so that they could enter the U.S. to reunite with their daughter.

Park said the most challenging parts about the case were communication, logistics, fees and paperwork. The parents didn't speak English and didn't have email access, so the attorneys had to recruit a translator and would have to try multiple times to get ahold of the parents on their oldest daughter's cell phone, according to Park.

The parents also didn't have money to pay for filing fees and airplane tickets to fly to the U.S., and federal immigration authorities kept changing their document requirements for the parents to receive visas, Park said.

"There were times when we were speaking with them when I was a little cautious in terms of how I wanted to present things so that we don't get them really excited and then disappointed later, but the good thing about this is that they didn't lose hope," he said.

Trump signed an executive order instructing the U.S. Department of Homeland Security to stop separating immigrant families at the U.S.-Mexico border in June 2018, but advocacy organizations and watchdogs reported that the department was still separating families in 2019, and it has taken many months and years to reunite families after Trump's 2018 directive.

In February, President Joe Biden ordered for a task force to be created to reunite separated families and an investigation of Trump's separation program.

K.M.'s parents were granted visas and reunited with her in July of this year, according to Park. The family is now living in the U.S., and Park is currently helping the parents obtain immigrant work authorization, he said.

"Here we have a happy ending. The family did make it. They were able to legally enter the country and really start their journey and pursue their dreams together," he said.