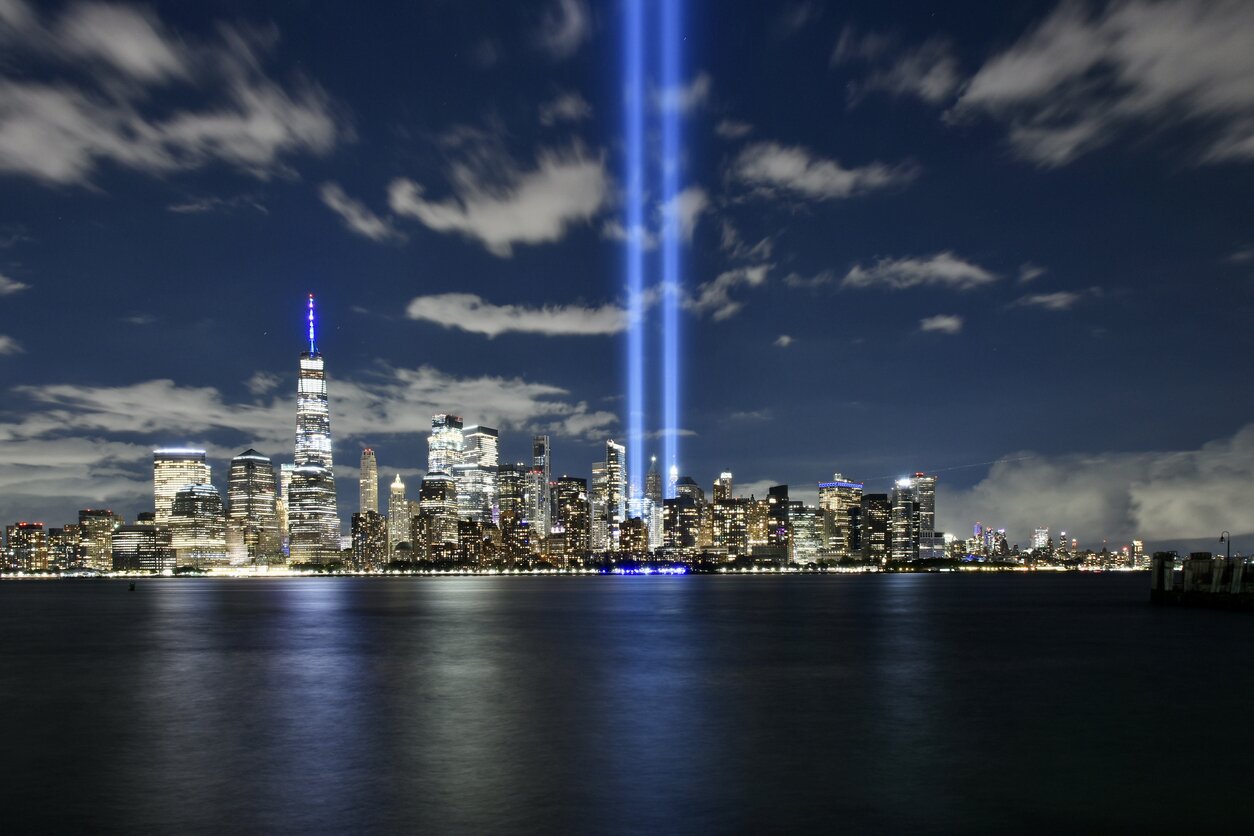 In the aftermath of the Sept. 11, 2001, terrorist attacks, thousands of attorneys from across the U.S. volunteered pro bono legal services to victims and their families. (iStock.com/Nodar Chernishev)


Personal injury attorney Nicholas Papain watched the World Trade Center towers burn on Sept. 11, 2001, from across the East River on the steps of a Brooklyn courthouse as white specks of debris from the buildings traveled through the air and fell on his shoulders.

Papain, a managing partner at Sullivan Papain Block McGrath & Cannavo PC at the time, had just been inside the courthouse for jury selection on one of his cases. He was in a lawyers' waiting area when news flashed on a small television in the room that an airplane had crashed into the north tower of the World Trade Center and then that another plane hit the south tower.

Outside the courthouse, Papain brushed off his shoulders, but for the next 20 years, his pro bono legal work for victims, families, firefighters and first responders would be greatly affected by the debris, which remained in the air for months after the planes hit the twin towers.

It was a very eerie feeling as I looked across and saw not the towers for the first time, but just smoldering smoke and fire. 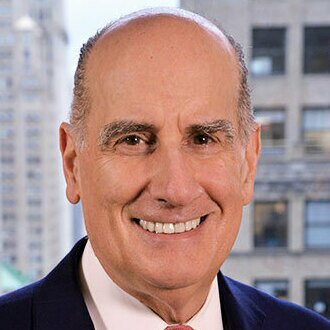 "It was a very eerie feeling as I looked across and saw not the towers for the first time, but just smoldering smoke and fire," Papain told Law360 Pulse about standing alone on the Brooklyn Bridge two days after the terrorist attacks. "It reminded me of a scene of ... science fiction movies where you're seeing things after destruction."

The Association of Trial Lawyers of America, now known as the American Association for Justice, immediately jumped into action after the attacks to help 9/11 victims and families.

Two days after the attacks, while American Airlines and United Airlines were asking Congress for bailouts and to give them immunity from civil liability claims, a group of AAJ members met with top aides for House Minority Leader Dick Gephardt, D-Mo., and Senate Majority Leader Tom Daschle, D-S.D. The association proposed to the congressional staffers that lawmakers create a 9/11 victims compensation fund.

The staffers took to the idea, and 10 days after the attacks Congress passed the Air Transportation Safety and System Stabilization Act with the September 11th Victim Compensation Fund of 2001 attached to it.

AAJ CEO Linda Lipsen, who was the association's public affairs department director at time and in charge of getting the bill passed, said that the fund "allowed families to rebuild their lives after devastating loss."

With the enactment of the victim compensation, AAJ pledged that all of its members would represent 9/11 victims and families pro bono, according to Lipsen.

AAJ created Trial Lawyers Care Inc., an initiative to bring attorneys together to provide those legal services. Trial Lawyers Care is what made many attorneys' 9/11-related pro bono work possible, Lipsen said. She said that some out-of-state attorneys became so involved in helping these victims and families that they gave up their practices and moved to New York City to continue their work.

[The lawyers] feel that this was the most important project that they've ever been a part of. 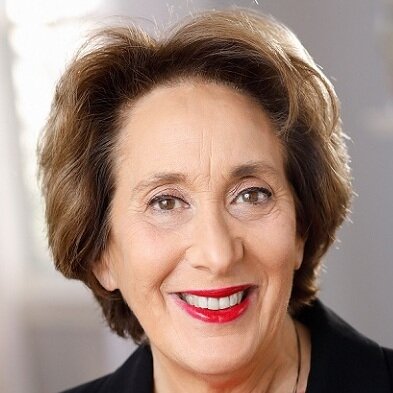 "What you're going to find if you communicate with the lawyers is that they feel that this was the most important project that they've ever been a part of," Lipsen said.

Steve Peskin, a personal injury attorney at Tolmage Peskin Harris Falick, is one of the lawyers who provide pro bono services to 9/11 victims and families through Trial Lawyers Care. Peskin said he worked on two cases. One involved a widow of a security guard for a Deutsche Bank on Liberty Street near the World Trade Center and her 2-year-old daughter.

Peskin said that when the woman came to his office that faced the destroyed towers, he would close his blinds so she wouldn't have to look at the buildings' remains. One of his lasting memories of the case, he said, was when he went with the woman and her daughter to the top of a Fire Department roof across the street from her late husband's building for a memorial viewing. The daughter pushed flowers and a picture of her father through a chain link fence separating them from the building rubble, he said.

"I get goosebumps, right now, 20 years later, remembering that," Peskin said. The fallen security guard's daughter is now 22, and Peskin is trying to get her additional compensation that has become available to children of victims.

Peskin's second 9/11-related pro bono case involved the widow of an investment banker who worked for a boutique firm in the World Trade Center. Peskin said he almost didn't take her case because, while her parents wanted her to file a victim compensation claim, she didn't. But once she decided to proceed with her claim, she moved forward with no nonsense through her entire case.

Peskin said he never saw the client again after he completed her case and he understood why he lost contact with her.

"They don't want to see you again because all you do is conjure up bad memories for them," Peskin said.

They don't want to see you again because all you do is conjure up bad memories for them. 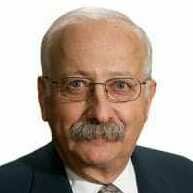 The September 11th Victim Compensation Fund of 2001 closed in 2004, ending what would be the first wave of 9/11 victim compensation cases. The next wave involved firefighters and other first responders who started suffering from respiratory problems related to inhaling building debris for months during recovery efforts and cleanup operations at the site of the fallen towers.

Papain, who brushed the debris from his shoulders on 9/11, represented firefighters and their families for free to mediate claims on the first victim compensation fund. When Papain continued to receive calls from firefighters after the first fund closed, he sued New York City and its contractors for not giving firefighters and first responders proper protective respiratory equipment.

After six years of litigation, the case ended with a $700 million global settlement for 10,000 litigants, including nearly 700 firefighters and first responders represented by Papain.

Papain also fought for Congress to establish a second victim compensation fund for people who lived, worked and went to school near the towers from the day of the attacks to May 2002 and developed illnesses like lung and skin cancer from breathing in the toxins, jet fuel and asbestos in the air. Members of his own firm also developed cancer from inhaling the debris, he said.

The second victim compensation fund was created in 2011 and was twice reauthorized to extend the deadline for claims in light of new knowledge that people are developing 9/11-related illnesses many years later. The deadline was last extended to October 2090.

Papain represented, at no charge, more than 500 of the same firefighters and first responders who were a part of the 2010 settlement for more compensation from the fund, and they ended up receiving an additional $352 million.

Papain said that he still remembers getting off the subway every day in Lower Manhattan to go to work after the attacks and smelling smoke from the fallen towers, which burned for three months.

For Peskin, the smell reminded him of when he was counsel on a court-martial case in Vietnam during the Vietnam War and was riding on a plane that had coffins being loaded into the back.

"There was that damp smell that permeated everything," Peskin said.

According to a recently released report from the U.S. Department of Justice, it is now believed that more people have died from 9/11-related illnesses than were killed on the day of the terrorist attacks.

So while Papain thought his 9/11-related work was done when the first victim compensation fund closed, he is still helping first responders and other New Yorkers recover from the attacks 20 years later.

"I learned it's never going to end," he said.