By Paul Williams · Listen to article

Law360 (May 16, 2022, 10:52 AM EDT) -- Massachusetts' highest court ruled Monday that the state Department of Revenue lacked the statutory authority to tax capital gains an out-of-state S corporation realized on its sale of interest in a Massachusetts-based entity. 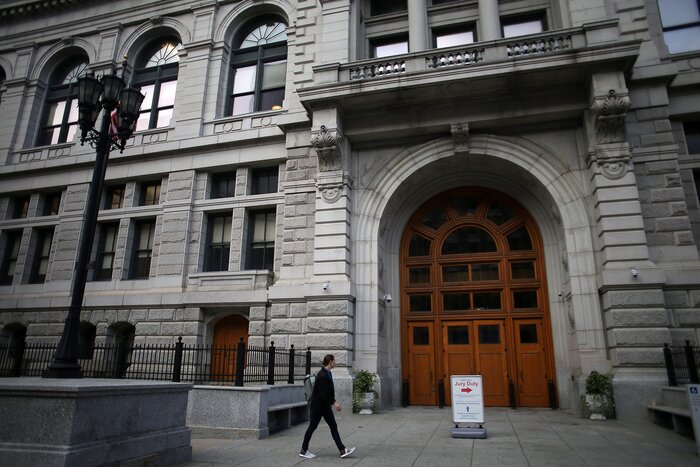 In a unanimous decision, the Massachusetts Supreme Judicial Court reversed a decision from the Massachusetts Appellate Tax Board that upheld about $2.6 million in tax imposed on VAS Holdings & Investments, known as VASHI, from its sale of 50% interest in Cloud5 LLC for $37 million. The justices said that while it could be constitutional for the state to tax VASHI based on the nexus and apportionment factors that Cloud5 has with Massachusetts, doing so exceeded the tax reach of the state's laws.

VASHI is domiciled in Florida and had no connection to Massachusetts other than its interest in Cloud5, according to court documents. The court found that Massachusetts' tax laws and regulations reflect the unitary business principle, which allows tax on gains if there is a unitary relationship between entities based on a centralization of management, among other factors, and if an "investment in the in-state entity serves an operational function of the out-of-state corporation."

The court held that because no unitary relationship existed between the entities, the imposition of the tax was not permitted under the state's tax statutes.

"Thus, although the Constitution does not prevent the taxes asserted by the commissioner … the taxes … are invalid because there is no statutory authority for the taxes so asserted," Justice Dalila Argaez Wendlandt wrote in the opinion for the court.

The court disagreed with VASHI's arguments that applying the unitary business principle was the only constitutional manner in which the state could tax gains from nonresidents. But the court said that U.S. Supreme Court precedent has determined that states could tax a nonresident on gains that resulted from a sale of interest in an in-state entity, such as Cloud5, because that entity benefited from the state's protections.

Therefore, the court said that a state could be justified in using the looking at the entity being sold as the basis for apportioning tax on a nonresident.

"We see nothing in the court's jurisprudence that would preclude the commonwealth from asserting its taxing authority based on the nexus to Cloud5 and to determine the tax using Cloud5's apportionment percentage," the court said.

However, Massachusetts has tax statutes and rules that clearly reflect the unitary business principle, and that the department's attempts to apply the tax to VASHI when a unitary relationship with the in-state entity didn't exist was invalid, the court held.

"Because there is no unitary business between VASHI and Cloud5, and because VASHI's commercial [domicile] is Florida, the asserted corporate excise tax is not authorized by statute either as apportionable or allocable income," the court said. It also held that the state's regulations limit the nonresident composite tax, which was assessed against VASHI along with a corporate excise tax, to the unitary business principle.

Naysa Woomer, a spokeswoman for the department, told Law360 that the tax agency "respects the decision of the court and is reviewing the opinion to determine next steps."

VASHI's counsel, Michael Bowen of Akerman LLP, said he was pleased that the court negated the tax but nonetheless disagreed with its constitutional analysis, which he said was at odds with U.S. Supreme Court precedent.

"I'm thankful that we prevailed, I'm disappointed that the [Supreme Judicial Court] didn't adopt the U.S. Supreme Court's unitary business approach to determine whether the department had overstepped their authority here," Bowen said.

Double-taxation issues could arise if some states change their statutes to permit the investee apportionment approach that Massachusetts applied, which bases the tax on the activities that an investee has in a state as opposed to the activities of an out-of-state entity investor, Bowen said. If one state uses investee apportionment, and another state applies the unitary business principle, those states could assess tax on the same transaction without respecting the other's position, he said.

Bowen noted that the opinion included some "cautionary language" questioning if adopting investee apportionment would be a good fiscal policy approach, even though the court said it could pass constitutional muster. He said that echoed Justice Scott L. Kafker's suggestion during oral arguments that "chaos" could ensue if the state taxed shareholder gains from nonresidents because, as Justice Kafker said, "people invest in stocks everywhere."

The ruling reflects a mix of "good news and bad news," Bruce Ely, a partner with Bradley Arant Boult Cummings LLP, who is not involved in the case, told Law360. He said he agreed with the court's statutory analysis but was troubled by how the justices determined that it could be constitutional to tax an entity while bypassing the unitary business principle.

"They really left it open for states to come in and develop their own apportionment methodology versus the unitary business principle, which the U.S. Supreme Court has said is a constitutional linchpin of apportionability," Ely said.

Richard Pomp, a tax professor at University of Connecticut School of Law, told Law360 that the case shouldn't warrant U.S. Supreme Court review because he views the constitutional analysis as dicta. Nonetheless, he said the court could have provided a road map for Massachusetts to impose the tax on similar transactions going forward.

"The court could have started and ended with the statutory argument but apparently wanted to give the state the constitutional green light to change its statute if it saw fit," Pomp said.

Another attorney who wasn't involved in the case, Jaye Calhoun of Kean Miller LLP, said she too found the court's constitutional analysis disappointing but added that the ruling could be beneficial in some ways for Massachusetts residents and the state's fisc.

VASHI is represented by Michael J. Bowen of Akerman LLP.

Update: This story has been updated with comments from Bowen and Calhoun.