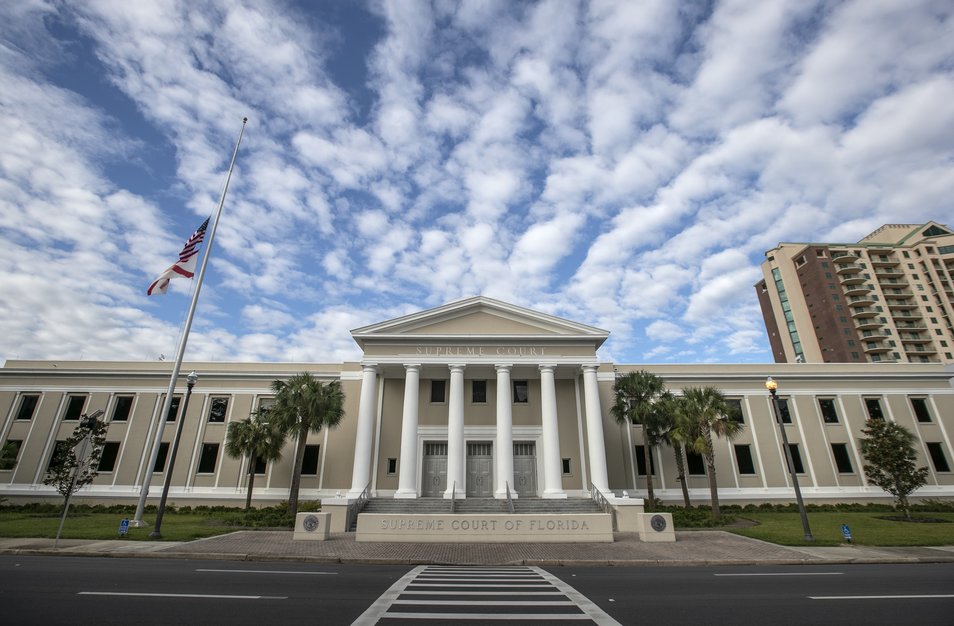 A recent Florida Supreme Court opinion held that former felons must pay court debts in order to regain the right to vote. The ruling, and similar pay-to-vote schemes across the country, could have an impact on this year's national elections. (Getty)


When President George W. Bush beat Al Gore by a margin of 537 Florida votes in the 2000 presidential election, an estimated 827,000 Floridians were banned from voting for life due to prior felony convictions. Based on voter demographics, multiple researchers later concluded the felon voting ban was one factor that cost Gore the presidency.

That election's bitter legacy and the disparate racial impact of felony disenfranchisement helped propel bipartisan support for a 2018 constitutional amendment to end the lifetime voting ban. When the amendment took effect in January 2019, a group that by then included more than 1.4 million people regained the right to cast ballots upon completing "all terms of sentence."

But what was initially hailed as a landmark voting rights win became, in the words of one federal judge, "an administrative nightmare" after the Republican-led Legislature passed a law in July defining "all terms" to include payment of legal debts like fines, fees and restitution — a move that effectively conditioned the right to vote on one's ability to pay court costs.

The bill immediately drew backlash and comparisons to Jim Crow-era "poll taxes," but upon request from Republican Gov. Ron DeSantis, the Florida Supreme Court weighed in last month to uphold the law.

Its Jan. 16 advisory opinion found that the phrasing of the amendment "has an ordinary meaning that the voters would have understood to refer ... to all [legal financial obligations] imposed in conjunction with an adjudication of guilt."

Four Democratic-leaning counties — which together comprise roughly one-third of the state population — have sought to ease the financial burdens by waiving, lowering or converting unpaid obligations to community service hours, taking advantage of a loophole in the law that allows courts to modify sentences.

But court systems in other counties, including most if not all of those that typically vote Republican, have not launched any efforts to increase turnout among formerly disenfranchised voters.


With the 2020 presidential primaries just five weeks away, Kathryn DePalo-Gould, a Florida International University political science professor, told Law360 that the impact of the apparent discrepancy may affect the November results.

"Any obstacle to potential voters could have major consequences in a state where elections are razor-thin," she said.

Even beyond administrative differences between counties, the fear of accidentally committing voter fraud and uncertainty over how much is owed could be preventing many eligible voters from registering, according to Sean Morales-Doyle, a senior counsel at the Brennan Center who represents several indigent people with felonies.

"People don't have a lot of clarity about what they can and should be doing," he said. "What we've learned is that the government doesn't have a reliable way of verifying eligibility."

Morales-Doyle is part of a team of lawyers who challenged the constitutionality of Florida's payment requirements in federal court after they became law last summer. In October, they won an injunction stating that 17 of their indigent clients cannot be blocked from voting just because they are too poor to pay what's owed. The ruling also held that people must be given an opportunity to demonstrate indigence if the state is going to require payments.

Florida appealed the ruling to the Eleventh Circuit, arguing that withholding the right to vote in order to collect on unpaid fines and fees is a rational way to run its court system. Attorneys for the state, who declined to comment on the record for this story, have also contended that conducting "ability to pay" hearings would be an undue administrative burden.

"The state possesses a finite amount of resources," Florida argued in its appellate brief. "A vast bureaucratic system designed to provide individualized determinations as to whether up to 430,000 felons can or cannot afford to pay their fines and restitution would entail a significant cost that the state can rationally choose not to incur."

Danielle Lang, the co-director of voting rights at the Campaign Legal Center, argued on behalf of the plaintiffs during Jan. 28 appellate arguments. She said the U.S. Supreme Court's 1983 Bearden v. Georgia

opinion, which held that incarcerating people for failing to pay fines they cannot afford is unconstitutional, should similarly preclude fee-based voting.

The state had claimed that because a felon's right to vote can be taken away in the first place, it is not as "fundamental" as the right to non-wealth-based detention that Bearden preserved. But Lang rebutted Florida's position with an oft-repeated line of Supreme Court precedent dating back to 1886.

"The right to vote is 'preservative of all other rights,'" she said. "Of course liberty is important, but permanent felony disenfranchisement — permanent exclusion from the political community — is also an extraordinary punishment."

Part of the opposition to felony disenfranchisement is rooted in efforts to address the country's history of systemic racism. As of 2016, 1 in 13 African Americans had lost the right to vote due to criminal justice involvement, as opposed to 1 in 56 non-African Americans.

When Kentucky's newly elected governor, Andy Beshear, used an executive order to restore voting rights to 140,000 formerly incarcerated people in December, he noted that disenfranchisement "is a racial injustice." That announcement was followed within a week by new legislation in New Jersey that restores voting rights to 80,000 people on probation and parole.

But even as a wave of reforms rolls across the country, opposition remains staunch in some states that traditionally vote Republican. In December, for example, a Republican-led legislative committee in Georgia voted along party lines to shelve efforts to expand voting rights.

And Florida is not alone in allowing court debts to prevent people from voting: According to a July report by the Campaign Legal Center, 30 states currently block people with unpaid fines, fees and restitution from voting in some fashion.

All five leading Democratic presidential candidates have called for voting rights to be restored to the formerly incarcerated, but small details in their platforms reflect a wider rift over how restoration should proceed.

U.S. Sen. Bernie Sanders, for example, has said that felony disenfranchisement shouldn't happen in the first place; his home state of Vermont and neighboring Maine are the only two American states that allow incarcerated people to vote from behind bars.

South Bend, Indiana, Mayor Pete Buttigieg and U.S. Sen. Elizabeth Warren of Massachusetts have said only that the right to vote should be automatically restored upon release, with Buttigieg adding that no payment contingencies should apply.

U.S. Sen. Amy Klobuchar of Minnesota has said simply that she supports voting rights for the formerly incarcerated, while former Vice President Joe Biden has said his administration would incentivize states to automatically restore the right "once they have served their sentences" — a framing that would allow payment requirements like Florida's to remain in place.

For now, all eyes are on the Eleventh Circuit to see if it will uphold the injunction that required ability to pay hearings for those claiming to be too poor to afford to vote. Morales-Doyle said that in the meantime, the uncertain payment requirements are forcing indigent formerly convicted people to make tough decisions.