Law360 (February 8, 2021, 9:17 PM EST) -- In an interview with Law360 after rejoining Sidley Austin LLP, one of the Trump administration's top health care attorneys discussed why False Claims Act recoveries are poised to spike, why she launched the government's new FCA working group and why Trump's enforcement legacy will prove durable under the Biden administration. 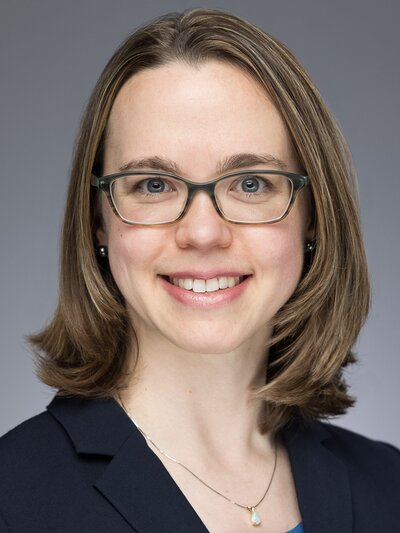 Previously a Sidley associate in Chicago, Jenny began her government service in February 2018 when she took the position of counsel to the assistant attorney general in the DOJ's Civil Division. Jenny worked in that role for Chad Readler, who is now a Sixth Circuit judge, and represented the Trump administration when it partially supported a GOP-led challenge to the Affordable Care Act — support that became full-throated in 2019.

While at HHS, Jenny was an architect of new limits on the use of agency guidance in enforcement actions. The limits included regulations, advisory opinions and a significant memo interpreting the U.S. Supreme Court's decision in Azar v. Allina Health Services

. She also co-founded an FCA working group featuring HHS and DOJ attorneys. The group's creation in December has been welcomed by some defense counsel, although some plaintiffs counsel have called the excitement unwarranted.

I saw that you just published an article about FCA recoveries dropping under Trump and possibly rebounding under Biden. What do you see driving those trends?

In terms of the decline, there's always some ebb and flow, and perhaps some of the decline appeared more significant than it was because we were coming off several years with significant settlements relating to mortgage fraud and the financial crisis. And so there's naturally going to be some cyclical [fluctuation].

Also, the enforcement matters obviously are driven significantly by private whistleblowers. It's not necessarily a politically driven cycle. I do, however, think that there's going to be a significant uptick.

First, in terms of enforcement priorities, I think COVID is going to play the leading role, at least for the next couple years. When I was the chief legal officer at CMS, I oversaw dozens of blanket waivers of statutory and regulatory requirements. To respond to the public health emergency, CMS completely transformed how Medicare and Medicaid providers could deliver and bill for health care. But those waivers only apply absent any determination of fraud or abuse.

And so even providers who are well-intentioned and generally complying with the scope of a CMS waiver — or at least a reasonable interpretation of that waiver — can easily find themselves on the receiving end of a DOJ document request. CMS' use of waivers to respond to COVID has been unprecedented in its breadth, and it's easy for current or former employees to misunderstand what's going on when their employer starts to follow a completely different billing playbook. Specifically, I think how providers use telehealth is certainly going to be a big area of inquiry.

Another couple subsets of COVID-related enforcement I think we'll see relate to nursing homes and skilled nursing facilities. They'll be under the microscope. During the past few years, DOJ has prioritized elder fraud, and in March 2020, just as the pandemic was picking up, DOJ founded the National Nursing Home Initiative to hold providers accountable for substandard care. I expect to see DOJ exploring whether nursing homes and SNFs should be held liable under the FCA for insufficient infection-control practices that led to COVID-19 outbreaks.

How might the government choose which of the nation's 16,000 nursing homes to scrutinize?

I'm sure that a lot of it will be driven by whistleblower complaints, either under the FCA or other vehicles that DOJ opens up to solicit complaints and tips from members of the public.

I also expect that data analytics will play a big role. DOJ has been becoming increasingly sophisticated using data, and so I expect it to work with HHS, and to use HHS data resources, to try and identify areas that are deserving of further scrutiny.

How might an FCA complaint look in that context? Could it say that a home's infection control was really poor and therefore all reimbursement was tainted by fraud?

Without endorsing the viability of this theory, I think that some whistleblowers might pursue what you are invoking: a worthless services theory, which some courts have upheld. [The idea] is that if services are viewed as so deficient that they are worthless, then the billing claim submitted to the government for those services is viewed as a false claim.

And so the theory would be that if a nursing home or skilled nursing facility didn't do enough to prevent or contain a COVID-19 outbreak, and that led to illness among a number of beneficiaries, then services being provided during the time that led to their illness would be viewed as worthless. That is one theory whistleblowers might try to pursue.

You also mentioned potential cases involving telehealth. How might an FCA complaint look in that context?

There are going to be a lot of different theories. They could pursue a similar type of worthless services theory — maybe that for whatever service was provided via audio or audio-visual technology, the physician essentially didn't provide a meaningful level of care or assessment to warrant the code that was being billed.

And we could also see something a little less drastic and more nuanced. For example, perhaps in some situations, the provider was using audio-only technology to provide a service when really the requirement was to use audio-visual technology, and only certain services can be provided with audio-only technology. So that might be a theory as well.

That's a lot to watch involving the pandemic. Any other looming enforcement?

But preexisting obligations under the Administrative Procedure Act drove a lot of those reforms. And so even if the Biden administration were interested in walking back these reforms, they face a real backstop on the extent to which they can do so, because a lot of the obligations relating to guidance documents stem from the APA itself.

At HHS, you co-founded an FCA working group, and I've seen different reaction from lawyers for plaintiffs and defendants. Can you tell me the motivation for starting this group?

Sure. There were a couple motivations, and both motivations were focused on becoming more efficient.

There was a desire to make sure that resources were being focused on the bad actors, the ones that deserve to be under investigation and under the microscope of DOJ. And then to also make sure that if a qui tam [whistleblower complaint] is filed, and it raises a theory of liability that misinterprets an HHS regulation and shouldn't be going forward, that it could perhaps be flagged more efficiently so that DOJ doesn't expend resources chasing down a rabbit hole after something that is not going to lead to a viable case.

And hopefully, the operational consequences will be that the working group provides a conduit for agency consultation about legal requirements and issues like materiality [whether something was material to government reimbursement], and just creates a more effective partnership between HHS and DOJ.

This sounds like the Granston memo, which has led to DOJ dismissing FCA cases more frequently in recent years. Is the group an outgrowth of that?

Well, not necessarily. HHS formed this working group, and the Granston memo is obviously something coming out of DOJ. I don't think that this is necessarily about creating a forum to identify cases for dismissal, although hopefully it will lead to some identification of cases for dismissal if that's appropriate.

But it can also just mean that DOJ stops expending its own resources earlier [when investigating a whistleblower case], even if DOJ doesn't go that extra step of moving to dismiss the case.

You mentioned the Trump administration tightening up the use of guidance. There seemed to be a concerted push to limit its use. Can you talk more about that?

I think you're correct that regulatory reform was a significant priority for the Trump administration. It was a personal passion project for me as well. I was very involved with the implementation of the HHS good guidance practices rule that went final in January. And that was really the culmination of a lot of our regulatory reform efforts.

That rule puts guardrails around how HHS issues and maintains guidance documents, with the goal of ensuring fairness and transparency. And then we followed up with a second rule on the use of guidance and other issues relating to civil enforcement actions. And that was also issued in January, with the goal of putting more guardrails around enforcement and ensuring that we are fair and transparent and announce our positions in advance. Those, I think, are really important initiatives.

And then more in the specific context of health care, HHS' reforms of the Stark Law and Anti-Kickback Statute regulations will hopefully be really important for providers in helping to encourage them to adopt new coordinated-care and value-based payment arrangements.

And then finally, I was a co-author of the memo [regarding Azar v. Allina Health Services]. I will note that a lot of that analysis is also in an advisory opinion at HHS published in December. It's up on the guidance website and is advisory opinion number 20-05. That also tried to provide a little additional guidance on our rulemaking obligations under the Medicare Act.

And I think CMS is committed to doing the right thing there, especially when issues are brought to their attention. In early January, for example, HHS issued its first petition response under the new final rule on good guidance practices. The petitioner had challenged a CMS requirement that dialysis facilities report treatment time on claim forms in order to be paid.

HHS agreed in the petition response that imposing this requirement without going through notice-and-comment rulemaking violated both the APA and the Medicare Act as interpreted by Allina. So they withdrew that guidance document and committed that going forward, if they were going to impose that requirement, they would do so through notice-and-comment rulemaking.

Do you think that was a sign of further withdrawals to come under the final rule?

Well, the rule obviously is new. It just went into effect on Jan. 6. So I obviously can't speak to the requests that will be received in the future. Obviously, we hope that CMS is in compliance with Allina, and it has publicly taken steps to come into compliance.

For example, in the MCIT [Medicare Coverage of Innovative Technology] rule that was released on Jan. 12, CMS codified a definition of "reasonable and necessary" rather than continuing to rely on definitions published only in some regulatory materials, and in doing so, CMS cited the Supreme Court's decision in Allina.

Last question: You mentioned regulatory reform being a personal passion of yours. Why are you passionate about it?

I believe that the state exists to preserve freedom. And I think that a lot of the principles around regulatory reform — ensuring fair notice, allowing people to comment on agency proposals and bring concerns to the agencies' consideration as part of the decision-making process — are all really important features of our system of government.