Experts are expressing confidence that the civil unrest gripping the nation over racial tensions will refuel the push to make juries more diverse, a problem that has vexed the legal industry long before the killings of George Floyd and others by white police officers.


In one hopeful sign, New Jersey legislation advanced earlier this month would expand the list of jury candidates to include those who receive public assistance and don't hold driver's licenses, among other populations. The bill, which won the state Assembly's approval on June 18, was introduced as part of a slew of social reforms in the wake of police brutality protests that have dominated headlines.

Highlighting the connection between police brutality and the accountability that can come from the jury box has been a mission of The Juror Project, a New Orleans-based organization founded by trial attorney William Snowden. He said he's encouraged by New Jersey's bill.

It is important to include the conversation of jury duty amongst the current discourse as a reminder that the jury box is where we, the people, decide who we believe should be convicted and likely sent to prison, and who should not. 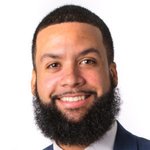 "It is important to include the conversation of jury duty amongst the current discourse as a reminder that the jury box is where we, the people, decide who we believe should be convicted and likely sent to prison, and who should not," Snowden said an email to Law360.

The Garden State is among roughly half a dozen states that have introduced or enacted legislation over the past year seeking to make juries more diverse in a variety of ways.

As of March, Kentucky law requires that holders of government-issued personal identification cards be added to the master list of potential jurors, and Michigan has a pending bill that would include on juror pool lists identification cardholders, as well as registered voters and income tax filers.

In California and New Jersey, pending legislation would bar peremptory challenges — a tool used by prosecutors and defense attorneys to disqualify potential jurors — based on race, gender, ethnicity and sexual orientation.

A pending bill in Illinois would allow those with criminal convictions to be considered for jury service, and similar legislation was under consideration in Maryland before the legislative session adjourned.

At the federal level, district court system publicly announced in May 2019 that certain courts, such as those in Pennsylvania and Michigan, had begun evaluating their selection processes "to ensure that the age, race, and socioeconomic status of juror pools reflect the courts' communities."

"Jurors from a cross-section of the community bring different life experiences and perspectives to jury deliberations, leading to more informed discussions and greater public confidence in the judicial process," Chief Judge Juan R. Sanchez of the Eastern District of Pennsylvania said in a statement at the time.

A representative for the courts did not immediately return a request for comment on the status of that review.

New Jersey's legislation is rooted in a defining moment about 20 years ago.

Assemblywoman Shavonda E. Sumter, a Passaic County Democrat who sponsored the measure, said an identical bill was introduced in 1999 after a state investigation revealed that state troopers were disproportionately targeting minorities in motor vehicle stops.

The 1999 bill, which came alongside a slew of social justice reforms in response to the racial profiling scandal, never got passed into law. However, Sumter said she's "extremely hopeful" the current will get signed time around.

The bill under consideration, Sumter said, could "open up the process up for this so more people can participate on juries as part of their constitutional right."

However, the effort to make juries more reflective of the jurisdictions they serve must overcome cultures that continue to discourage it, according to Rutgers Law School professor Adnan A. Zulfiqar.

All of these efforts at increasing the representativeness of jury pools can only be successful if they are accompanied by procedures that actually bring eligible prospective jurors into the courthouse. 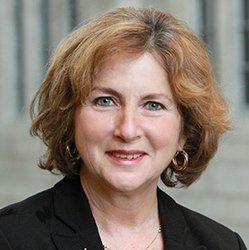 Zulfiqar, a legal historian who focuses on criminal and Islamic law, recalled the controversy that ensued over a 1980s-era prosecutor training video by a then-assistant district attorney in Philadelphia. In the video, which surfaced in the 1990s when the assistant prosecutor was running for the Pennsylvania city's top DA position, the prosecutor discouraged the selection of low-income Black individuals for juries, saying they were less likely to convict defendants.

Philadelphia now has the outspokenly progressive Larry Krasner as its district attorney, but Zulfiqar noted that it takes time for cultures to change.

"Some of that [culture] is changing with progressive prosecutors, but these stereotypes are there and problematic," he said.

"The question is: Who is actually going to be impaneled?" Reisbaum asked, noting that jury duty is often viewed as an inconvenient civic duty that people try to avoid.

Many experts noted that legislation advocating jury diversity needs to be paired with systemic reforms — a process Zulfiqar described as "reimagining" — in order to effect meaningful, lasting change.

A significant problem is getting jury summonses to reach their intended recipients, given that lower-income populations tend to have transient housing situations. One example of progress in that realm is a California state court, according to Northwestern University Pritzker School of Law professor Shari Seidman Diamond.

Diamond, a researcher and special adviser to the American Bar Association's Commission on the American Jury, pointed to a Riverside County Superior Court study showing that mailing reminder postcards to prospective jurors a week before trial reporting date decreased failures to appear.

"All of these efforts at increasing the representativeness of jury pools can only be successful if they are accompanied by procedures that actually bring eligible prospective jurors to the courthouse," Diamond said.

And once those procedures are in place, Diamond said, "prospective jurors need to have the assurance that they will be treated fairly when they arrive for jury selection."

CORRECTION: An earlier version of this article misidentified Shari Seidman Diamond in her photograph. The error has been corrected.