Law360 (February 12, 2021, 3:06 PM EST) -- A Texas lawyer with an ill-timed cat filter grabbed nationwide attention last week, but real four-legged friends have been part of the virtual courtroom experience since the COVID-19 pandemic forced most legal proceedings online nearly one year ago. 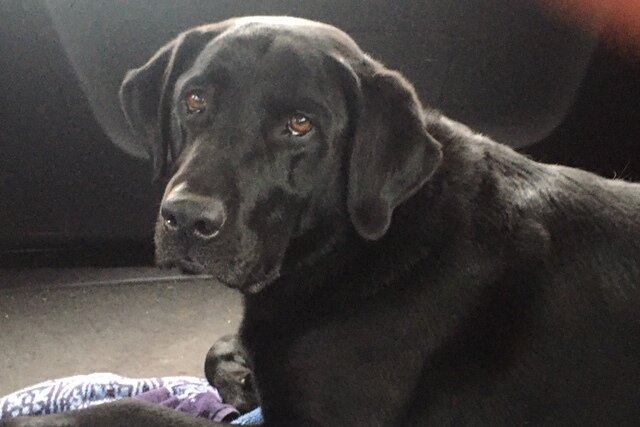 Gunnar is a 92-pound Labrador who may or may not have a future in mediation according to his owner, California mediator Mark LeHocky.

Prosecutors and defense attorneys fighting like cats and dogs have sometimes done so with actual cats and dogs looking on over Zoom. Hearings and trials have been interrupted by barking and even by courtroom llama drama.

During one recent Massachusetts federal court hearing, an attorney began to make his argument to U.S. District Judge Douglas P. Woodlock when a dog started barking in the background. After the lawyer said he would do his best to move the dog to another room, Judge Woodlock deadpanned: "You don't have a dog in this fight, I take it?"

Other lawyers around the country have also reported pro hac vice dog appearances.

Steptoe & Johnson LLP's Sarah Gordon said her goldendoodle has made a few unscheduled court cameos. Latham & Watkins LLP associate Corey Calabrese had a visit from her corgi during closing arguments, something that would never happen in a courtroom. But it turned out the judge was a dog person too, and matters got back on track.

In California, federal Judge Jon S. Tigar once had to ask an attorney to repeat the citation of a case she mentioned, with the jurist explaining that he had "a large, snoring dog sitting next to me."

And in New York, Assistant U.S. Attorney Brandon Waterman was making his case while his dog was busy protecting their home.

"This case concerns a challenge to a purported policy in the New York field office," Waterman started before being drowned out by barking.

"Take a minute to see if you can quiet the dog and come back," Judge Hellerstein said.

After a brief pause, Waterman returned and told the judge, "There was someone in the hallway, and it had my dog barking."

Waterman started to talk again but was quickly interrupted by more barking, drawing a chuckle and a deep sigh from the judge. 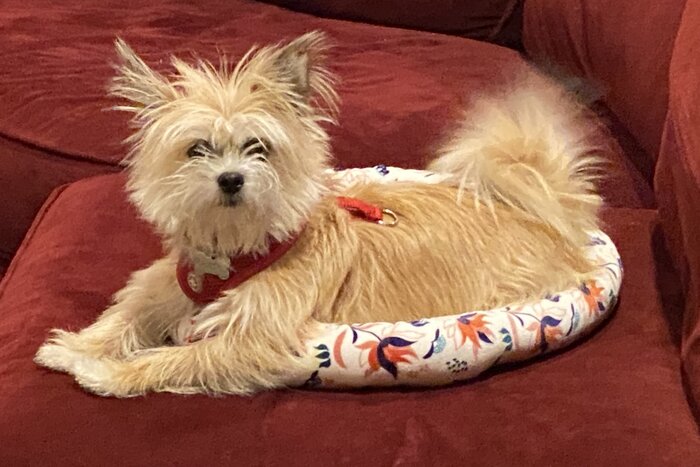 Hinckley Allen partner Michelle Peirce says it's hard to keep up the intensity of her Zoom calls with Lola, her "little fur ball" who insists on sitting in her lap.

Hinckley Allen & Snyder LLP white collar partner Michelle Peirce said she has been in the midst of some "very intense" Zoom sessions with her tiny dog named Lola on her lap.

"She's a little fur ball and it is the only way to get her to stop arguing," Peirce said. "It's hard to keep the intensity with that cute little face with you."

Cats are not shy about getting in on the legal action, either. During what was believed to be the first Zoom trial during the pandemic, a Texas juror seated on her couch was frequently joined by a white cat. At one point, the cat decided to pick a fight with the juror's window curtains.

Mary-Christine "M.C." Sungaila, chair of the appellate practice at Buchalter APC, told Law360 there was another Zoom trial where a party complained that the jury wasn't paying attention because one juror had a cat on her lap and another went to feed a pet during testimony.

California Superior Court Judge Jo-Lynne Lee made a point not to let pets disrupt jury deliberations. She sent a panel into a Zoom "breakout room" to begin deliberations in an asbestos trial against Honeywell and other defendants, but warned jurors that they must be alone as they deliberate remotely and "cannot be engaged in any other tasks, including caring for your pets."

Sometimes it seems as though the pets are just mugging for the cameras.

California mediator Mark LeHocky said Zoom proceedings have been relatively smooth, except for the times when his 92-pound black Labrador, Gunnar, has wandered into view, inevitably prompting comments and descriptions of other people's pets.

"I assured everyone he had signed the confidentiality agreement," LeHocky said. "It turned out to be a great respite from the tough conversations we were working through, and he received some credit for the settlement we reached."

He said one of his daughters asked him later whether he was worried clients would ask how much it cost to just hire Gunnar.

But the most unusual animal sighting on Zoom probably goes to John Beisner of Skadden Arps Slate Meagher & Flom LLP.

"I said, 'What is that in the background? It can't be a dog," he recalled. "And they turned around and said, 'Oh, it was the neighbor's llama that wandered over and was outside.'"

Occasionally, its been those in collars — not robes — presiding over virtual courtroom proceedings.

Recent First Circuit arguments were interrupted briefly when Circuit Judge O. Rogeriee Thompson said her cats were "driving me nuts" and got up to let them out of the room. One attorney asked Chief Judge Jeffrey Howard whether she should wait until his fellow jurist sat back down.