Almost half a century after helping to found the Native American Rights Fund in 1971 as a young lawyer, John E. Echohawk is still working to advance the rights of Native Americans and Native tribes.

NARF, which has offices in Colorado, Alaska and Washington, D.C., is involved in almost every aspect of Indian law. 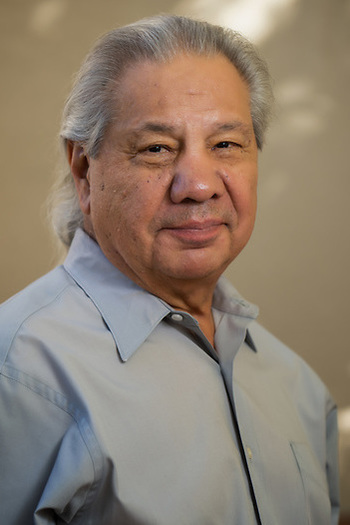 It has not only worked to protect tribal sovereignty and tribes' treaty rights, including control of natural resources, but also gone to bat for individuals on issues such as voting rights, religious freedom, and access to education and health care.

At any given time, NARF attorneys, many of whom are Native American themselves, might be handling 50 cases.

Now the group's executive director, Echohawk helps steer all of these efforts. He spoke with Law360 about his work and the current status of Indian law.

You've been in this field for a long time now. What have been some of the major cases or developments since you first started out?

Going back to the early years, the 1974 Boldt decision [by U.S. District Judge George Boldt] was quite significant. That was a case we were involved in where basically the treaty fishing rights in the Puget Sound area of Washington state were upheld. It recognized that treaties are not ancient history; they are the law of the land, still, and can be enforced.

A lot of the litigation [we work on] is tribes enforcing their treaty rights, their status as sovereign governments.

And of course, that was in line with the major change in federal policy — which really happened the same year the Native American Rights Fund started in 1970 — where President Nixon in an Indian policy statement declared that the old federal policy of terminating tribes and forcing assimilation of Native American people was over, it was wrong, and that the era of self-determination and recognition of sovereignty and treaty rights was the new federal Indian policy.

That basically started the growth of the modern day tribal sovereignty movement.

What would you say is the most significant legal issue facing tribes right now?

That's difficult to say — there are always things going on.

The Supreme Court, in the term that just ended, there were three cases up there. The tribes were victorious in two of them, and the other got held over for argument and decision next term — so everyone is looking at that issue, which basically involves whether the original boundaries of the Creek Nation in Oklahoma are still intact or whether those boundaries have been diminished such that the tribe doesn't have jurisdiction over that original area.

Over the years, because of various acts of Congress, tribes don't own all of that land anymore. It's what is called the reservation diminishment issue — it turns into a jurisdiction question. It's an issue that's going to affect lots of tribes because they all have boundaries.

What are some of the cases NARF is involved in right now?

We're representing two tribes trying to stop the Keystone XL pipeline. We got a request for assistance from the Fort Belknap Indian Community and the Rosebud Sioux Tribe.

And there's laws that protect those things and require the government to consult with us before they take any action relative to those lands and those cultural resources — and of course they have failed to do that here.

We're involved in a few other cases against the administration. The protection of the Bears Ears National Monument that was declared by President Obama and then diminished by President Trump — we've got litigation going against the government on that. In that, we represent three tribes that have cultural resources there in southwestern Utah.

We're also representing tribes against the administration's plan to open up the Arctic National Wildlife Refuge in Alaska, and we're assisting the Standing Rock Sioux Tribe in their litigation trying to stop the Dakota Access pipeline.

NARF does a lot of work at the U.S. Supreme Court level, including with the Tribal Supreme Court Project. What can you tell us about it?

During the 1970s, '80s and into the '90s, an inordinate number of Indian law cases got to the U.S. Supreme Court because all these issues had been unaddressed for all those years under termination policy and the fact that tribes didn't have access to lawyers.

For the most part, tribes were victorious in the U.S. Supreme Court in these important cases, but as the time went on, the makeup of the Supreme Court changed and the tribes were seeing that they weren't winning as many cases there as they used to.

They established the Supreme Court Project so they can better coordinate their efforts in the Supreme Court so they can improve their win-loss record. That was put together by the national intertribal organization the National Congress of American Indians, and they asked us, the Native American Rights Fund, to work with them on this project to coordinate briefings and arguments in these Indian law cases. That's been underway since 2001.

We're all in it together. We recognize the value of legal precedent, and one tribe's case affects all tribes, so we work closely together.

What's your opinion of the status of Indian law as a field right now?

The Indian law business has gradually grown over the years, and it's pretty well-established these days. A lot of the large firms have Indian law practices now, because a lot of tribes are able to afford counsel and hire these larger firms to assist on certain issues.

What we're particularly pleased about is the number of Native American attorneys that are involved in this area now.

When I started law school back in the late '60s, there were only a dozen or two Native American attorneys in the whole country. The federal government addressed that problem by starting, as part of the war on poverty, a scholarship program for Indians to go to law school. I was one of the first to get those scholarships.

Correction: A previous version of this article incorrectly described elements of the Keystone XL case. The error has been corrected.