Jurisdiction in Indian Country — which includes the United States' 300 reservations as well as other tribal lands — can be a maze of roadblocks for law enforcement agencies on the ground trying to ensure public safety.


As a result, some communities have turned to cross-deputization, which allows tribal officers to be deputized with the authority of the local county sheriff's department, and for sheriff's deputies to be given authority by the tribe.

The agreements can help agencies cut through red tape and pursue justice for victims, but putting such deals in place can be a tough needle to thread.

"If you have people that are friends and getting along and working well together, it's wonderful," said David Rogers, a former tribal law enforcement officer who now runs his own consulting operation. "But in areas where you have animosities and old hatreds, it's definitely not going to be a solution."

Unlike other places in the United States, jurisdiction in Indian Country depends in large part on the identities of those involved in a crime.

"It's a complete mess," said Brent Leonhard, a tribal attorney for the Confederated Tribes of the Umatilla Indian Reservation in Oregon. "When [a crime] gets called in and you have to respond, you don't know who has jurisdiction."

For hundreds of communities across the country, this interferes with law enforcement's ability to ensure public safety and for tribal leadership to keep their members safe.

"[The jurisdiction question] creates a real public safety dilemma because there are times where one agency is not available, so you just let people go," Rogers said. "Stop a drunk driver, and you have to let them go because you have no authority to detain them."

Communities have tried a number of strategies to address these issues, including collaborating with the state or federal government. Numerous states, for example, have a forum for tribal courts and state courts to work together on criminal justice problems.

But forums can only do so much. Jenny Walter, who worked with the California forum, said that even though the judges involved were very active and worked hard to change certain policies and provide training for law enforcement, that didn't automatically translate to changes on the ground.

"In the end, it comes down to what's happening in a very specific community and pockets, so there was only so much to do in a statewide agency," Walter said.

Perhaps the most direct way to solve the jurisdiction problem is simply to make sure that tribal officers have the authority to handle crimes that fall under nontribal jurisdiction.

If you have people that are ... working well together, it's wonderful. But in areas where you have animosities and old hatreds, it's definitely not going to be a solution. 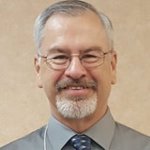 On the federal level, the Tribal Law and Order Act of 2010 enabled tribes to apply to the Bureau of Indian Affairs for a special law enforcement commission, or SLEC, for individual officers. The officers who meet the program requirements, including a background check, firearms test, and special training, can then act as federal law enforcement agents.

On the state level, tribes can also set up a cross-deputization agreement with a local law enforcement agency, usually a county sheriff. This allows select members of both agencies to enforce one another's laws.

In most states, this comes down to tribes and local sheriffs reaching out to one another and working together to put such an agreement in place.

"There are no broad directives that the county has to collaborate, but every once in a while, you'll get a great county sheriff that's elected and he or she is willing to collaborate with the tribe," said Heather Freedman, deputy director of the Tribal Law and Policy Institute, who helps facilitate these types of collaborative efforts. "It really is a case-by-case basis."

Freedman works on a federally funded project through TLPI called Walking on Common Ground, which fosters collaborative relationships, such as state and tribal court forums and cross-deputization agreements.

The organization lists over 100 collaborative agreements on its website, including 89 law enforcement agreements, some of them going back to the 1990s. More than 50 of these include a cross-deputization component.

The agreements can lay out ways for agencies to share resources or coordinate patrols, allow officers to pursue suspects off of or onto the reservation, and establish protocols for the tribe and the state to honor one another's warrants.

The practical effect for some tribes, such as the Umatilla, is that tribal law enforcement can handle all crimes that arise on a reservation, regardless of who is involved.

"We have created a network of agreements and laws to make it so that our tribal officers have jurisdiction under [state, federal, and tribal] jurisdictions," Leonhard said. "They don't have to worry when they're initially responding."

Despite the benefits of cross-deputization, agreements can be difficult to put in place. Liability concerns, for instance, can be a big issue.

Every once in a while, you'll get a great county sheriff that's elected and he or she is willing to collaborate with the tribe. It really is a case-by-case basis. 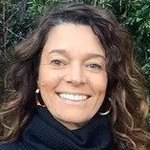 The agreements can be crafted with safeguards to help alleviate such concerns, but some problems run deeper. That can include "historical animosity" between communities, Freedman said.

"The broadest takeaway is there's just a lot of racist attitudes in a lot of places in the country," she said. "You have situations where there's a fully trained and extremely effective tribal police force, and the state side just has zero respect for them. They act like they're security guards."

Sometimes, tribal communities are themselves wary of the agreements, according to Rogers, who has worked for tribal law enforcement agencies that had cross-deputization agreements.

Many people living on the reservation might not trust local sheriff's deputies and worry what would happen if they were given authority to arrest tribal members, he said. But often it came down to an unwillingness on the side of county officials, according to Rogers.

"In Idaho, especially northern Idaho where I'm from, there's a lot of old racial tension," he said. "There are people up there who are completely opposed to tribal authority and tribal existence. They believe the tribes should disappear."

Rogers witnessed positive relationships while working for an inter-tribal police force along the Columbia River in Oregon and Washington, but in Idaho, local sheriffs were not open to the idea, he said. Some people worried tribal law enforcement officers weren't properly trained or screened.

"I will admit there was a time that was true," he said. "But nowadays, that just isn't true."

Rogers' tribe, the Nez Perce, requires all tribal police officers to qualify for an SLEC, which requires a background check equivalent to the one conducted for federal agents in the FBI or U.S. Marshals.

"When you've eliminated every excuse that's being thrown at you, what does it boil down to?" he asked. "It boils down to the people not wanting to."

Rather than rely on local sheriffs, some states, such as Oregon, have opted to automatically recognize tribal law enforcement as state officers, so that tribal police now have authority over nontribal people anywhere in the state. The law passed in 2011, and went into effect in 2013.


"It got to where it was getting kind of silly," Rogers said of the situation in Oregon. "And so Oregon simply changed one word in their state law: They added the word 'tribal' to the definition of state peace officer." 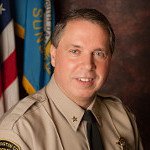 The laws don't affect the lack of jurisdiction of tribal courts, but do allow tribal law enforcement to apprehend defendants and refer them to the relevant state or federal court.

Rogers said that the benefit of these types of laws is that they don't depend on the good will of a particular sheriff and can't be undone by a sheriff election or a change in the local political climate. He pushed for such a measure in Idaho, but, like most states, Idaho never passed such a law.

Without broader policy fixes, cross-deputization agreements depend on local leaders being able to come together and create an agreement that works for both sides. Though not possible everywhere, it does happen.

In South Dakota's Pennington County, a 2015 agreement governs law enforcement activity on a piece of tribal trust land known as Pe Sla. The land is outside the boundaries of the nearby Pine Ridge Reservation, but is culturally important to several tribes within the Sioux Nation, which hold ceremonies there.

Sheriff Kevin Thom on the county side said that the agreement had been working well and facilitated collaboration. In addition to allowing both sides to cross-deputize, the agreement allows all law enforcement officers for the tribes and the county to help people in need of assistance, cite traffic offenses, and detain crime suspects before turning them over to an agency with jurisdiction.

Though his officers hadn't received many calls for assistance at Pe Sla, Thom said, there had been some, including an incident of illegal camping on the trust lands.

He also noted that cross-deputizing can be an involved process; deputies must undergo 40 hours of training and obtain the same federal liability protections tribal officers have. But the deputies have been receptive, he said.

"I think we should be using it more," he said. "I think it's good for public safety, it's good for victims of crime. I think we should do it wherever we can and whenever it's possible, [in order] to have law enforcement working together, so that we don't allow criminal violators to pass through either of our systems."