The Court Cases Shaping The Future Of Tribal Jurisdiction 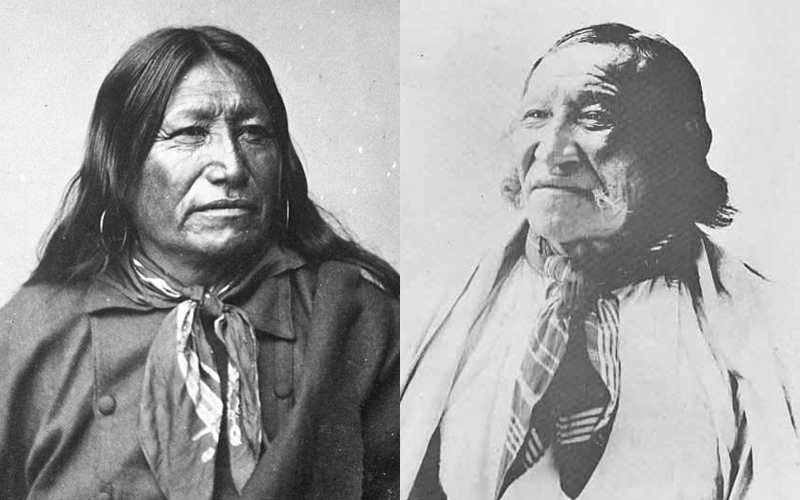 In 1881, Crow Dog (right) shot Brulé Lakota tribal chief Spotted Tail (left). The crime eventually led Congress to pass the Major Crimes Act, which stripped tribes of the ability to prosecute many crimes that occurred on their lands, sending them instead to U.S. district court.


In 1881, an altercation between two members of the Lakota's Brulé band ended with a gunshot that continues to reverberate through American Indian law today.

After Crow Dog killed Spotted Tail on the Great Sioux Reservation, the tribal council found Crow Dog guilty and required he pay restitution to the victim's family. Then federal authorities charged Crow Dog in U.S. district court, where he was sentenced to death. He appealed, arguing the U.S. lacked jurisdiction because his crime had occurred on tribal land and both victim and perpetrator were Sioux. In 1883, the U.S. Supreme Court agreed.

That law, still on the books today, is a "relic of colonialism," according to Kevin Washburn, dean of the University of Iowa College of Law.

"It was very explicitly an effort to control what happens on Indian reservations," said Washburn, a member of the Chickasaw Nation of Oklahoma who has also served as a federal prosecutor and assistant secretary for Indian affairs. "It was sometimes framed as, 'These Indians are uncivilized. They don't properly account for a murder.'"

Over the years, Congress and the courts would not only chip away at the sovereignty rights of tribal governments, they would create a dizzying jurisdictional maze. Now, litigation may determine the future of tribes' right to judicial self-determination.

'The Root of a lot of Problems'


Many laws remain on the books from the termination era, when the U.S. ceased to recognize several tribes, and gave states authority over reservations.

I don't know of anywhere in the U.S. you can slug a police officer and get away with it ... unless you're a white person on an Indian reservation. 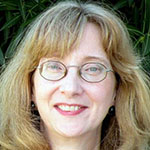 Those include Public Law 280, which passed in 1953 and gave some states jurisdiction over crimes on most Indian reservations within their borders. Robert Anderson, director of the Native American Law Center at the University of Washington, said the jurisdictional shift worsened inequities in law enforcement, because "racism is rampant in these states with large Indian populations."

In 1978, the Supreme Court further limited tribes' enforcement power. Mark David Oliphant, a white man living on the Suquamish Tribe's Port Madison Indian Reservation, was charged in tribal court after he drunkenly punched a tribal police officer. He appealed, claiming that, as a nonmember, he wasn't subject to tribal law. The high court agreed, stripping tribes of the ability to prosecute any interracial crime.

Melissa Tatum, a law professor at the University of Arizona, called the ruling "a sudden, convulsive change that was the root of a lot of problems."

"The Supreme Court said in its decision, 'tribes have unusual laws that outsiders can't be expected to know, and therefore it's unfair to hold them to that standard,'" she said. "But I don't know of anywhere in the U.S. you can slug a police officer and get away with it ... unless you're a white person on an Indian reservation."

The Violence Against Women Act peeled back part of the Oliphant decision by allowing tribes to prosecute nonindigenous offenders in domestic violence cases, Washburn said. But he expects that law will eventually be challenged at the Supreme Court.

"It could happen in a habeas-type proceeding," he said. "I think in the next 20 years it will get to the Supreme Court, and there will be a determination as to whether it's constitutional for tribal governments to exercise jurisdiction over non-Indians."

The Fight for Oklahoma

Other litigation could expand or contract the bounds of tribal jurisdiction sooner.

One such case, which has been wending its way to the high court for 20 years, will decide whether large swaths of Oklahoma are technically still owned by tribes, and who can prosecute crimes committed there.

In 1999, Patrick Dwayne Murphy stabbed George Jacobs on an Oklahoma roadside, leaving him to die. A state court jury convicted Murphy, sentencing him to death. 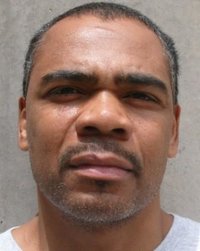 Patrick Dwayne Murphy, a member of the Muscogee Creek Nation, has argued his murder charge should have been tried before a federal jury. His case is pending before the Supreme Court.

Murphy appealed, pointing to a jurisdictional wrinkle: He and his victim were both members of the Muscogee Creek Nation, and the road where the murder took place is within the original boundaries of the Muscogee reservation. That means, Murphy argued, the crime should have been tried in federal court under the Major Crimes Act.

The state countered that the reservation was disestablished when Oklahoma became a state. But the Tenth Circuit disagreed, siding with Murphy.

State prosecutors had spent hundreds of thousands of dollars on the death penalty case before the jurisdictional issue was raised, Tatum said, and that's driving a historical look at whether the boundaries of the reservation were ever diminished or disestablished.

"It's a question of history, of whether this is still Indian Country," Tatum said. "It's very clear it doesn't meet the current test for disestablishing or diminishing the reservation, but the Supreme Court could change the test."

The case was argued last year, but justices put off a decision until the next session, after requesting more briefing. Should the high court uphold the Tenth Circuit's ruling, about half the state could be considered Indian Country.

Federal prosecutors have sided with Oklahoma. They don't want their workload to grow tenfold with cases that might otherwise go to district attorneys.

But tribal governments have raised their hands, volunteering to take on wider jurisdiction, and noting they already have cross-prosecutorial agreements with several counties, said Anderson, who is also an attorney at Kanji & Katzen PLLC, the firm representing the Muscogee Creek Nation in the case.

"They're saying, 'We'll take it. It elevates our sovereignty back to where we think it's always been and should be,'" he said. "To the extent there needs to be intergovernmental cooperation, I think the Creeks have demonstrated in the briefs that they've got a lot of arrangements with other local governments there."

Another case making its way up the courts could nullify the special citizenship status enjoyed by members of 573 federally recognized tribes. The suit itself boils down to a custody dispute over two small children.


Jennifer and Chad Brackeen, a white couple living in Texas, adopted a child with Navajo and Cherokee parents. Then, they sought custody of his younger half-sister. But the baby's aunt, who lives on the Navajo reservation in Arizona, would like to adopt her.

I think in the next 20 years ... there will be a [Supreme Court] determination as to whether it's constitutional for tribal governments to exercise jurisdiction over non-Indians. 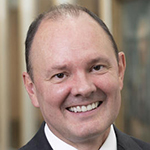 Under the Indian Child Welfare Act, indigenous children in foster care should be placed with kin, with other members of their tribe, or with families from other tribes. ICWA passed in 1978, during the self-determination era, to counteract 20th-century policies that took indigenous children from their parents and placed them with white families or in boarding schools meant to inculcate them into "American" culture.

Yet the Brackeens won primary custody of the girl. A state court judge literally split the baby, ordering that she spend summers with her biological family. The Brackeens and the state of Texas appealed to the Fifth Circuit, arguing ICWA violates the constitution's equal protection clause, disadvantaging Native American children based on their race.

A three-judge panel disagreed, finding ICWA is "based on a political classification that is rationally related to the fulfillment of Congress's unique obligation toward Indians."

But the case may not be over yet. Marc Rylander, a spokesman for the Texas Attorney General's Office, said the state and the Brackeens "anticipate seeking further appellate review of the important issues raised by this case."

The Brackeens' case doesn't directly affect jurisdiction. But the argument ICWA is racially discriminatory could ripple throughout American Indian law, which recognizes tribal membership as a political affiliation, not a racial identity. That status is why Indian Country criminal cases go to federal and not state court, under the high court's 1977 U.S. v. Antelope

Gabriel Antelope, a member of the Coeur d'Alene tribe, appealed a federal murder conviction, arguing the Major Crimes Act was racially discriminatory. Had his crime not occurred on a reservation, he would have been tried in Idaho state court, where his charge and the punishment would have been less severe.

The high court found the Major Crimes Act relied not on racial identity, but the "unique status of Indians as a separate people, with their own political institutions."

The ruling meant that Native Americans could be subject to harsher punishments for crimes simply because they occur on a reservation.

"Mr. Antelope, who was prosecuted, didn't want to be subject to federal jurisdiction," Anderson said. "But if you talk to tribal leaders, they're uniform in the view that paramount federal authority is much better than having state authority over Indian Country."

"It goes to Congress' power in Indian affairs, which has been used to the detriment of tribes for most of our history, but for the benefit of tribes in recent years with ICWA and other statutes that elevate tribal governments," Anderson said. "If this statute falls based on a race discrimination argument, a lot of these other statutes will be open to similar attack."

Federal jurisdiction recognizes tribes' sovereignty instead of making them the wards of states. And, Anderson says, given the racism indigenous defendants have encountered in Public Law 280 states, federal jurisdiction may very well aid access to justice.

"The principle underlying that decision is that tribes are separate jurisdictions from the states and they're free of state power," he said.