When people are released from New York state prison and placed under parole supervision, they are subject to conditions that, if broken, can lead them right back to their cells.

So-called "technical parole violations" include things like failing to report a changed address, pay a fee or attend a meeting with a parole officer. According to findings released in November by a New York State Bar Association task force, these noncriminal acts cause the incarceration of more than 40% of the state's prison population.

On the heels of the task force's report, the NYSBA formally called on Gov. Andrew Cuomo and state legislators to reform community supervision, with President Hank Greenberg decrying the state's "woefully high reincarceration rate of parolees." About half of all those released from New York State prison return within three years, and four out of five who return do so due to technical violations.

"While the state Legislature should be commended for its wide-ranging criminal justice reforms, it is now time to tackle this important issue," Greenberg said in a statement.

While the state Legislature should be commended for its wide-ranging criminal justice reforms, it is now time to tackle this important issue. 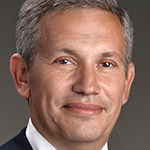 During the Dec. 3 event, Russell said the task force's preliminary recommendations include eliminating mandatory detention for alleged technical violations of parole, establishing a system of "earned good time credits" and increasing the number of parole commissioners who decide when someone can be released to parole.

"Our work is ongoing," he added, hinting at future proposals to come.

The report comes in the midst of a nationwide reckoning with "mass supervision," a component of criminal justice that affects an estimated 4 million people. Sparked by his own, much-publicized court battles over parole violations, Philadelphia-area rapper Meek Mill joined Jay-Z earlier this year in launching an advocacy group called Reform Alliance that pushes states around the country to reduce parole populations.

According to Reform Alliance's chief legal officer, Monique Haughton Worrell, the group is currently lobbying for legislation in Pennsylvania that would prohibit punishing a violation with more than 30 days incarceration.

The New York task force made a similar recommendation in its report, calling for the end of mandatory detention of accused parole violators while their case is adjudicated.

Currently, New York's parole model "calls for the immediate arrest and detention for up to 105 days, without bail, of the accused," according to the report. Research published in January 2018 found that one-third of those held in New York City jails for technical parole violations spent an average of 53 days in jail before ultimately having their warrants lifted and being released.

"Even a brief period of incarceration on a technical parole violation — let alone a period of nearly two months — can result in the person losing his or her job and housing and can render both them and their families homeless and with no viable source of income," the report states.

Though individuals and families bear the brunt of these human costs, the financial costs of incarcerating these alleged violators typically falls on localities, who shell out approximately $300 million each year. According to the report, state taxpayers spend another $359 million incarcerating those sent back to prison.

The task force also suggested boosting the number of parole commissioners, a proposal Russell said he hopes the governor's office takes up in his proposed budget early next year.

"They'll be able to take more time with decisions as to whom to release on parole and who should be kept in prison," Russell told Law360 after the panel discussion.

According to the report, New York currently allows for just 19 parole board commissioners, leading them to have case loads of more than 525 per commissioner when fully staffed. Other states, like New Mexico and Washington, have ratios closer to 250 to 300 per commissioner.

We should not only staff the 19 positions that are there, but actually create an additional 11 because that would finally get us in line with what other states are doing. 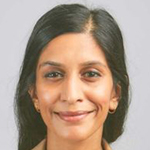 Vera Institute of Justice director of strategy and new initiatives

The task force report also notes that due to low staffing on the parole board and requirements that two to three commissioners hear each parole bid, "the reality is ... individual commissioners participate in well over a thousand cases a year."

Insha Rahman, director of strategy and new initiatives at Vera Institute of Justice and chair of the task force's subcommittee on granting parole, noted that only 16 of 19 slots are currently filled.

"We should not only staff the 19 positions that are there, but actually create an additional 11 because that would finally get us in line with what other states are doing," she said.

A spokesperson for the New York Department of Corrections and Community Supervision told Law360 that, up until June, the board had just 11 commissioners.

In addition to eliminating mandatory detention for alleged technical parole violations and increasing the number of commissioners, the report calls for the creation of an "earned time credits" system that would automatically reduce the parole period as a reward for time spent under supervision with no violations.

At the event last week, James noted that at least 18 other states already allow parolees to shorten their periods of supervision up to 30 days after 30 days of compliance. He added that the good credit system should apply retroactively.

A DOCCS spokesperson told Law360 that the department "stands ready to implement a good-time credit for individuals on parole" should such legislation pass.

After the event, both task force co-chairs emphasized the fact that the group is comprised of current and former judges, prosecutors, defense attorneys, victims' rights advocates, parolee activists and more — a diversity aimed at including all relevant stakeholders.

But notably absent from the task force membership is representation of the New York State Probation Officers Association, a union that did not respond to repeated requests for comment about the proposals.

The task force has already gathered input from Tina Stanford, chair of the State Board of Parole, and has plans to hear from the parole officers' union as well. According to Rahman, it's crucial that the group is "as nuanced and as inclusive as we can be."