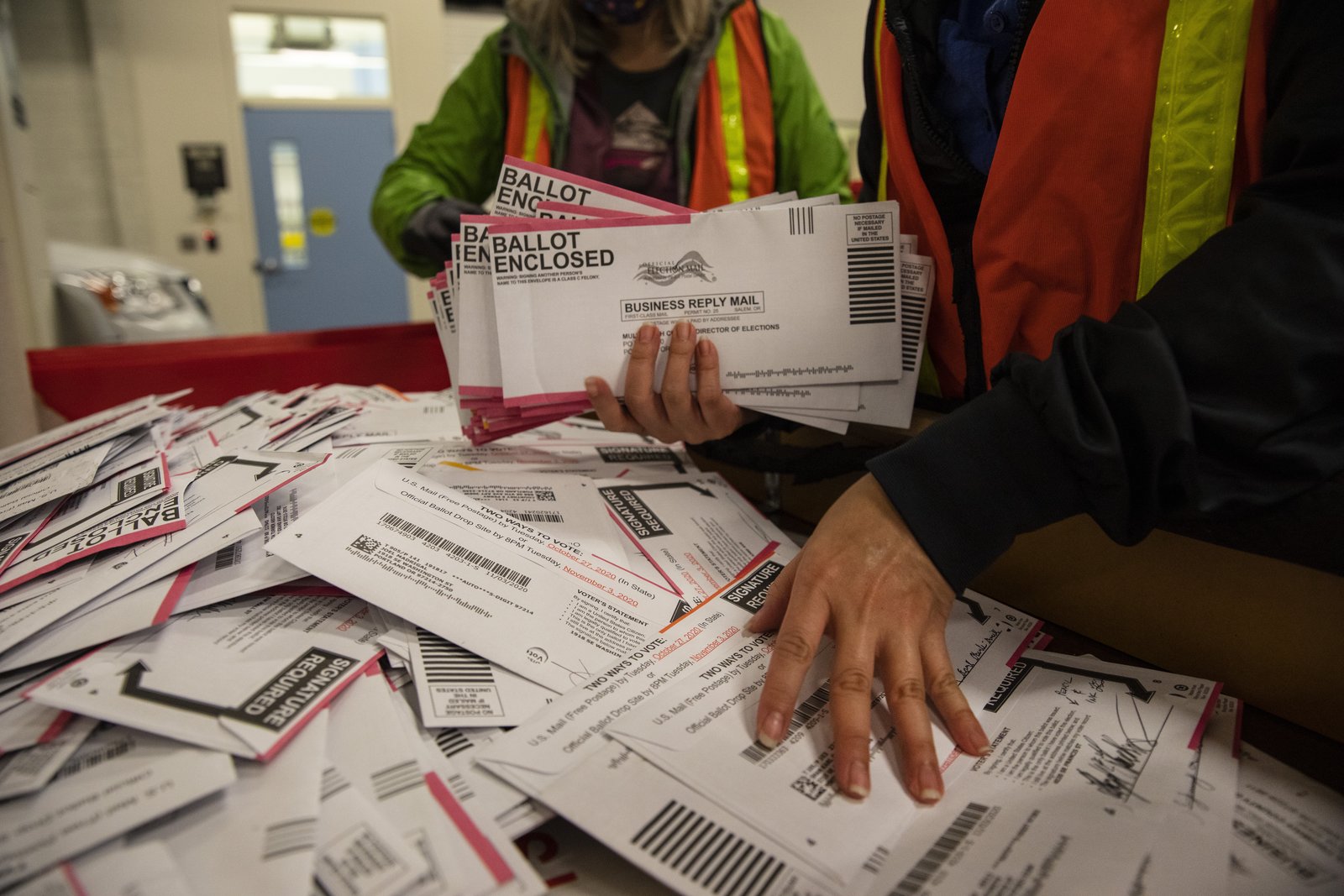 More than 80% of voters in Portland, Oregon, approved a ballot measure to establish a community police oversight committee, one of several criminal justice measures that were passed across the country in last week's elections. (AP Photo/Paula Bronstein)


In an election that saw a record number of votes cast, voters made their voices heard on key ballot measures across the country, on the state and local level, to change the criminal justice system.

These ballot measure victories come following a summer of protests and activism surrounding the Black Lives Matter movement, with the killing of George Floyd by police sparking calls for reforms in how the police conduct themselves, how departments are funded, and how racial disparities within the criminal justice system are addressed.

"Many of these measures did pass, and I think that is a signal that voters are fed up with mass incarcerations and over-policing of communities," Lauren-Brooke Eisen, director of the Brennan Center's Justice Program, told Law360.

Some of the most notable ballot measure approvals have come out of traditionally blue states, but some wins for criminal justice reform have also come out of more conservative states like Montana, Ohio and Kentucky.

Here are three kinds of ballot measures that voters passed this election cycle:

A number of measures were passed across the country focusing on different aspects of police reform, from increased oversight and transparency to routing funds meant for police to other community resources.


In Portland, Oregon, Measure 26-217 — which would establish a community police oversight committee appointed by the City Council with the power to investigate and fire officers — passed with over 80% of the vote. The California cities of Oakland and San Diego approved similar initiatives.

Elsewhere, the city of Akron, Ohio, and King County, Washington, approved measures directly aimed at addressing police brutality. The Ohio city voted in favor of requiring recordings from police body and dashboard cameras to be released in use-of-force cases, and King County approved a measure that will require killings by law enforcement to undergo special inquests.

"Voters have sent a clear national signal that they want to hold their police more accountable," Eisen said. "The criminal justice system is typically a closed system, but there has been a growing movement for transparency in policing."

Public Counsel, a pro bono, nonprofit law firm based in Los Angeles, backed Measure J in an effort to push for a "care first, jails last" budget that would bring forth a "safer, more just Los Angeles for all."

"Budgets should match our values," the firm said in a statement. "Through Measure J, voters in Los Angeles, for the first time, permanently shaped their county budget with a racial justice lens, incorporating strategies that communities most impacted have been seeking for decades."

One of the largest wins among the criminal justice ballot initiatives was California's Proposition 17, which restores the right to vote for felons on parole.

The measure won close to 60% of the vote and will give voting rights back to tens of thousands of former prisoners. The state also rejected Proposition 20, a tough-on-crime measure that would have added more crimes to the list of nonviolent felonies with restricted early parole.

Insha Rahman, the Vera Institute of Justice's vice president of advocacy and partnerships, told Law360 that voters rejecting Proposition 20 was significant because it showed that California residents were resistant to efforts to "roll back some of the decarceration measures."

"California has cut its prison population by a third so far. ... It is very, very important progress that is hard-fought-for," she said. "The rejection of the measure is a really good sign that we can push for criminal justice reform and keep the momentum strong."

Two other initiatives focused on empowering people in the criminal justice system. In Michigan, Proposal 2 — which requires a search warrant for access to an individual's electronic data — was approved with over 88% of the vote. A measure that focused on giving crime victims specific constitutional rights, like the right to be present at hearings, was approved in Kentucky.

Not all measures pushing for criminal justice change were able to win approval, however. California voters rejected an effort to replace cash bail with a risk assessment system to determine pretrial detention, and an Oklahoma measure that proposed prohibiting sentence enhancements for many nonviolent crimes ended up failing.

The biggest win for the drug decriminalization movement came out of Oregon, which passed a measure that decriminalizes the personal possession of illegal drugs.

Over 58% of voters approved Measure 110 — making the possession of cocaine, heroin, oxycodone and methamphetamine a civil violation.

It was opposed by the Oregon District Attorneys Association, which called the measure a "dangerous approach to our drug addiction crisis" that would cause an "increase in acceptability of dangerous drugs."

However, the Drug Policy Alliance, a nonprofit that helped draft the measure, said Measure 110 would lead to the exact opposite.

"The old approach of incarcerating people has not made a dent in availability, use and overdose rates. The old system has been a failure. … The new approach of decriminalization has been tried and effective," said Theshia Naidoo, the group's managing director of legal affairs, referring to places outside of the U.S. that have experimented with decriminalization and have had "really positive outcomes."

States across the country also loosened restrictions surrounding marijuana. Arizona, New Jersey, Montana and South Dakota passed measures that legalized the possession and use of marijuana for adults above the age of 21. And voters in Washington, D.C., and Oregon approved initiatives to decriminalize and allow the medical use of psychedelic mushrooms.

According to Naidoo, "removing criminal penalties" for drug offenses and "expanding access to help" for those who need it is a key part of fixing the criminal justice system in the U.S.

"When you put someone in the criminal justice pipeline, it has long-term effects," she said. "The current, punitive system is ineffective and completely damaging."

While the number of measures that were approved this election cycle resulted in some progress, Eisen said there was still more work to be done on the local and state level.

"We need a holistic approach. … We have used police and prisons for too long as a one-size-fits-all solution," she said. "We need to vote for state legislatures that know we overuse our police system … and we need to stop being so punitive. For far too long, the answer to any rise in crime has been 'create more laws' and trap more people in the justice system."

According to Rahman, there is potential for even larger reforms. She said the momentum for change could translate to the federal government, if a new administration looked to local and state progress for guidance.

"Cities and states have been leaders on this front, and a new administration should look to them. The federal government should look at California and Oregon for drug decriminalization and marijuana legalization efforts," she said. "They also should look at investing in meaningful bail reform and making sure those who make contact with the criminal justice system are not stripped of humanity. … There's a lot that the federal government can look to."