Among the measures includes a novel approach to a federal judicial doctrine that many say has effectively barred police officers from facing liability for many types of constitutional violations.

The "qualified immunity" doctrine was created in 1967 by the Supreme Court, and today it protects public actors from facing civil lawsuits unless they violated "clearly established" law. In practice, it has denied suits from moving forward unless they are comparable to a previous court decision where the set of facts are nearly identical and the actions were deemed unconstitutional.

It's up to states to lead. I don't expect that the U.S. Senate is going to be sending us legislation to abolish federal qualified immunity. 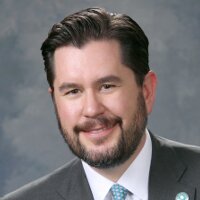 But starting in July in New Mexico, residents will have a vehicle to circumvent that barrier in the federal system. The state's governor in April signed legislation giving citizens a channel through the state courts to sue a public agency over an official's violations of the state bill of rights. In such a suit, the defendant cannot invoke qualified immunity as a defense.

The law, similar to one implemented last June in Colorado, has no influence over the federal Section 1983 statute under which citizens can sue government employees for federal civil rights violations. Qualified immunity will continue to carry just as much weight in federal courts in those states. But state efforts still can mitigate some of the doctrine's effect, said George Mason University law professor Ilya Somin.

"The vast majority of police interactions are state and local police rather than federal law enforcement officials," said Somin, whose research focus includes constitutional law. "So if a state enacts a strong reform like Colorado and New Mexico by using state constitutions, they can achieve almost the same effect as getting rid of federal qualified immunity."

The moves signal a new front in an effort to reform a doctrine advocates say is blocking accountability in areas like excessive force by police. The doctrine has played a role in dismissing numerous cases involving alleged wrongdoing by law enforcement.

Some members of Congress are working to address qualified immunity, and recent Supreme Court decisions have suggested the justices may be interested in reconsidering it. But rather than waiting for federal action, some states have taken steps on their own.

"It's up to states to lead," said New Mexico House Speaker Brian Egolf, a Democrat and co-sponsor of the state's civil rights bill. "I don't expect that the U.S. Senate is going to be sending us legislation to abolish federal qualified immunity. It's up to states to bring accountability and to protect our people from government abuse."

States and localities including New Mexico, Colorado, Massachusetts, Connecticut and New York City have ended or limited qualified immunity in state civil court over the past year. Legislatures in California, Illinois and Florida are also considering similar measures.


Egolf said the new law in New Mexico came as a direct response to the racial justice demonstrations that swept the nation last summer following Floyd's death. The legislature created a civil rights commission during an emergency session tasked with weighing questions including a state cause of action analogous to Section 1983 and ending qualified immunity.

The New Mexico Civil Rights Act was introduced in January after the commission recommended both of those actions. But Egolf noted that New Mexico's own problems played a factor in the latest step. The state has the second-highest rate of police shootings in the U.S. since 2015, according to a Washington Post database, a figure Egolf said calls for stronger "back-end accountability."

Before this bill, "there really was no meaningful opportunity to bring claims for violations of the state constitution in any [New Mexico] court," said Egolf, an attorney whose firm focuses on matters including personal injury and civil rights.

The hope is over time, the states that have created these causes of action without qualified immunity... show that eliminating qualified immunity doesn't have the devastating effects defenders of the doctrine say it will. 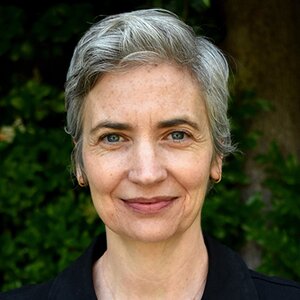 Legal experts who spoke with Law360 pointed to the laws in New Mexico and Colorado as a possible path for other states to follow. While the measures vary — New Mexico's bill applies to all public officials, Colorado's applies to law enforcement — they both establish alternative routes to file civil suits against local actors and recover damages if the action succeeds, said Joanna Schwartz, a UCLA law professor who studies qualified immunity's effects in the courts.

The laws include attorney fee provisions for prevailing plaintiffs similar to the federal system, as well as explicit guidelines on local agencies taking responsibility in judgments and settlements. New Mexico's law says all judgments will be paid by a public body, capped at $2 million per claimant; Colorado's says local agencies are liable for the compensatory damages, though officers would be on the hook for some or all of the fee awards in certain circumstances.

"This is an important part of the system," Schwartz said. "Indemnification statutes exist throughout the country and local governments sometimes use the threat that they will deny it to officers strategically to discourage cases or reduce settlement amounts. Requiring that local governments indemnify officers is another important step to make sure people are made whole when their rights are violated."

Victor Glasberg, a civil rights lawyer in Virginia, said the fee provisions for prevailing plaintiffs is also crucial, as the vast majority in these cases can't afford a lawyer.

"Ten percent of clients I've represented in police misconduct cases would be able to pay lawyers' fees," Glasberg said. "If there is a legal vehicle for suing officers who violate state constitutional rights and there's an abrogation of qualified immunity, and there's a provision of attorney fees, that would be huge in those states. And if it happens all over, perhaps the Supreme Court will reconsider the appropriateness of this defense."

The Supreme Court has held that "qualified immunity" is warranted in order to give "government officials breathing room to make reasonable but mistaken judgments." A 2021 policy paper from the Fraternal Order of Police, the largest police labor organization, said that it's a critical doctrine, "as it protects the ability of officers to make split-second decisions in response to any incident."

The doctrine's defenders say lowering the bar to liability could expose them to limitless litigation. Some officials in New Mexico have also contended that the new state cause of action could leave small counties financially vulnerable.

She said the new law would make it more expensive for local entities by including high caps on damages and attorney fee provisions. And since an individual can't be sued under the law, the taxpayer will bear the costs of actions in cases dealing with "bad actors," she said.

"We're concerned the new law is going to make it hard for counties and cities to provide services for everybody if you spend it all on liability," she said. "We think there could've been a lot more done that strikes a balance for people to vindicate their rights and get money damages. But how do we do that in a way that is productive and not destructive?"

Advocates for reform say there will remain several other barriers to overcome to earn relief in these types of cases, thus limiting the number of lawsuits.

"It's going to cause problems [for public agencies] only if the assumption is that there's massive amounts of actionable misconduct that's going on," Glasberg said. "And if that is the case, in the short-run it'll be rough and in the long run it'll improve our law enforcement."

The state efforts come as recent Supreme Court decisions and comments from justices spark speculation about whether the bench may be ready to reconsider the doctrine. Since November, the justices have reversed multiple cases in which lower courts granted qualified immunity to public officials.

, involved a Texas prisoner confined in cells for six days with human excrement and sewage. The Fifth Circuit found that the prison guards were immune from facing civil claims because they lacked the requisite "fair warning" they were violating the Constitution.

But the Supreme Court said the conditions the prisoner was exposed to were so "deplorably unsanitary" that the people involved should have recognized their actions as cruel and unusual. The decision remanded the case to a Texas district court for trial.

The high court punted on the issue last June, however, declining to hear several cases centered around the legal defense. One rejected case, which drew a dissent from Justice Clarence Thomas, involved officers who unleashed a police dog on a man sitting on the ground with his hands in the air.

Somin, the George Mason law professor, said these examples present multiple possibilities: a gradual step to abolishing it completely or paring back the "extreme" manifestations.

"It's too early to say which of these scenarios is the one taking place," he said. "It's possible reform may just happen at the margins, but it's also possible they want to go further than that."

The court's jurisprudence won't matter if Congress takes legislative action. The House passed a bill in March eliminating qualified immunity for law enforcement, though its fate remains uncertain in the Senate. Republicans and Democrats are reportedly in talks on a potential compromise bill; President Joe Biden has urged Congress to approve a police reform bill by May 25, the anniversary of Floyd's death.

Ending qualified immunity will not address all of the problems relating to police accountability, Schwartz said, but the moves in Colorado and New Mexico show there are effective tools outside the federal landscape.

She said the downside of state-based action is the uneven picture it can create, where qualified immunity will effectively be eliminated in certain parts of the country but in "full force" in others.

"The hope is over time, the states that have created these causes of action without qualified immunity can be examples ... and show that eliminating qualified immunity doesn't have the devastating effects defenders of the doctrine say it will," Schwartz said.