Federal Courts' #MeToo Response Is A Guide For State Courts 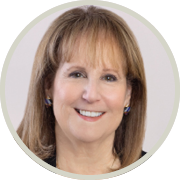 Lauren Stiller Rikleen, a former law firm equity partner, is the president of the Rikleen Institute for Strategic Leadership.Read more She is the author of the upcoming book, "The Shield of Silence: How Power Perpetuates a Culture of Harassment and Bullying in the Workplace."

No workplace is immune from negative behaviors, whether it is bullying, sexual harassment or other conduct that erodes employee morale, engagement and dignity. Workplaces with significant power imbalances can be particularly vulnerable. The greater the structural power disparities, the more likely it is that a culture of fear will silence victims and bystanders.

Few workplaces have greater power imbalances than the judiciary, and few have such an important and visible societal role. At both the state and federal level, the court system represents justice in America. As gatekeepers of that justice system, judges and court personnel should serve as role models, setting a standard for others to follow in complying with, and going beyond, legal obligations in the workplace.

With the unrelenting attention that has been directed to workplace conduct since the re-emergence of the #MeToo movement in the fall of 2017, there has been a focus on the judicial system as the arbiter of complaints about sexual harassment and misconduct. The effectiveness of its role in resolving these matters in a way that allows all parties to feel fairly treated, however, necessitates that the judiciary itself be free of similar behaviors.

Yet the courts have not escaped the troubling data that we are seeing in other professions.

For example, a public records request to the California judiciary identified 64 pages of settlement agreements showing that the court had paid nearly $645,000 to resolve sexual harassment and gender discrimination claims since 2012. The heavily redacted documents revealed a range of amounts paid and, although most details were missing, it appears they often contained confidentiality clauses.[1]

Last summer, a former law clerk sued court officials in the New York Supreme Court in Manhattan alleging that court personnel ignored her complaints of sexual harassment by a judge and then fired her in retaliation for raising the claims.[2]

And Judge Alex Kozinski of the U.S. Court of Appeals for the Ninth Circuit resigned in December 2017, following more than a dozen public accusations of sexual misconduct from former employees, and a long history of rumors about inappropriate behaviors toward women.[3]

Recognizing the need for the court system to address workplace issues, the Administrative Offices of the United States Courts, at the request of Chief Justice John Roberts, established the Federal Judiciary Workplace Conduct Working Group to determine whether the federal judiciary has in place sufficient safeguards to protect its personnel from inappropriate conduct. As part of its fact-finding, the working group reached out to a variety of constituencies, including conducting in-person meetings with representatives of various groups such as law clerks and court employees, and created a system for employees to provide comments or suggestions anonymously.

Several weeks before the working group commenced its efforts, the chief judge of the Ninth Circuit appointed the Ninth Circuit Workplace Environment Committee. The committee was tasked with reviewing existing policies, proposing needed changes, and identifying other measures that would ensure a healthy work environment.

Both the working group and the Ninth Circuit committee have completed their initial assessments and have offered recommendations for improvement. The lessons learned from these federal efforts are instructive for state courts that choose to similarly review their own policies and structures to ensure a respectful and safe workplace culture.

The working group pointed to the characteristics of the judiciary that should result in a lessened risk of misconduct, including: a tradition of formality and decorum, codes of professional conduct, long-standing training and education programs, and commitment to the rule of law.

Through its methodical process of broad outreach to court constituencies, however, the working group also learned that, as in every other workplace sector, negative behaviors in the form of incivility, disrespect, crude behavior and sexual harassment exist in the judicial branch. Its analysis showed that the judiciary's risk factors not only increase the possibility of misconduct, but can also impede appropriate follow-up.

In particular, the power imbalance between a judge and his or her law clerks as well as other court personnel, and the overall hierarchical nature of the judicial system make it difficult for employees to comfortably report misconduct, particularly if the behavior is from an individual at the top of the power structure.

In addition, the emphasis on confidentiality that is built into the system may lead employees to believe that they cannot reveal negative conduct that they either experienced or witnessed. And like so many other sectors, there is little guidance or specificity regarding the range of negative behaviors that may be covered under existing policies.

The working group drew from the 2016 seminal report of the U.S. Equal Employment Opportunity Commission's Select Task Force on the Study of Harassment in the Workplace, using the EEOC's work as a foundation for analyzing the federal judiciary, identifying areas of weakness that warranted follow-up, and proposing needed changes.[4]

The working group's efforts resulted in a number of proposed reforms, for example, added training, ease of reporting, providing less formalized options for employees seeking assistance, and clarifying confidentiality obligations of employees to ensure that they do not feel constrained from reporting sexual harassment or workplace misconduct.[5]

The first is the extent to which the Ninth Circuit committee conducted extensive outreach to ensure it was receiving input from all constituencies. The committee conducted focus groups with law clerks and a wide range of other employee constituent groups, as well as reached out to outside stakeholders such as law school deans for advice. Significantly, the committee sent a questionnaire to approximately 6,000 employees, providing an opportunity for them to offer confidential suggestions relating to policies, training, programs, and other ways to prevent harassment and improve workplace culture. In addition, as the Ninth Circuit committee developed new policies, it sought comments on early drafts from chief judges and court administrators.

In an interview, the Ninth Circuit's committee chair, U.S. Circuit Judge M. Margaret McKeown, who was also a member of the working group, highlighted the importance of the extensive outreach, noting: "Our outreach, both in-person and on paper was key. It enabled us to achieve informed policy changes."[6]

The second key outcome of the Ninth Circuit committee's work was the creation of a new Office of Workplace Relations, the first such position ever established in the federal judiciary. The office was created in response to a strong theme that emerged from the extensive feedback: Employees felt they needed an independent individual in a role of high stature where they could seek advice about workplace concerns.

Yohance Edwards began serving in the role of director of the Office of Workplace Relations in January. Edwards recently described his broad range of responsibilities as focused on "serving as a resource for the court system at all levels to help create a positive environment."[7] As Edwards begins to form the scope of his role and respond to the needs of court employees, he is reaching out broadly throughout the circuit to get to know the various constituencies and build trusting relationships.

In effect, it is building those relationships of trust that will ultimately determine the success of the Ninth Circuit committee's work, the efforts of the working group, and the outcome of every other important initiative established within the court system to develop a respectful and inclusive work environment that does not tolerate negative behaviors. A system to address workplace culture must be built on trust and transparency to succeed.

On March 12, the Judicial Conference of the United States — the policymaking body of the federal judiciary — announced its adoption of the working group's proposals and promulgated a number of new amendments to its policies and codes of conduct.

The package of reforms that were approved included broadening provisions that define misconduct and strengthen reporting, making clear that retaliation for reporting is itself considered to be misconduct, expanded training, and developing less formal options for employees to both seek guidance and to register concerns in addressing misconduct issues. In addition, the Administrative Office of the U.S. Courts established an Office of Judicial Integrity to serve as a clearinghouse and to provide an independent avenue for employees to seek guidance and counseling.[8]

The federal judiciary is creating a road map that state courts can emulate. States can look to the details of the broad outreach, the development of policy proposals, and the creation of independent offices to support employees trying to deal with difficult and sensitive issues. Ultimately, however, the success of all of these efforts will require a foundation of trust and transparency supported by vigilance and accountability. These cannot be viewed as problems that can be solved through policies alone. The hard work will be in the detailed follow-up that demonstrates an ongoing commitment to a safe and respectful workplace environment.

There is a uniquely odd dynamic found in a system built on hierarchy and power imbalances that also stands for the rule of law and the administration of justice. The good news is that such a combination of factors offers a special opportunity, at a time when there is so much focus on workplace behaviors, for court systems throughout the country to lead.