EEOC's Lipnic On Sexual Harassment In The Courthouse 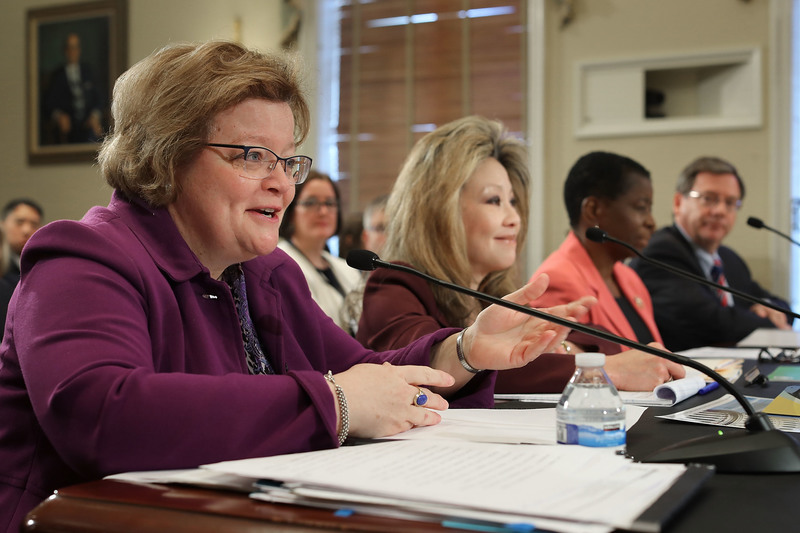 
Years before sexual assault allegations against Hollywood producer Harvey Weinstein and millions of #MeToo tweets incited a nationwide movement, Victoria Lipnic was calling attention to sexual harassment in the workplace, much to some lawyers' frustration.


Lipnic, then a commissioner with the U.S. Equal Employment Opportunity Commission, was speaking to a group of employee and management-side lawyers at a 2014 American Bar Association meeting in Washington, D.C., when she put sexual harassment on the agenda.

"This entire group of very sophisticated practitioners were saying: 'Really? Why are we talking about this? I mean, what more can we possibly say on this topic?'" Lipnic, now acting chair of the EEOC, recalled in an interview.

But that was before the #MeToo movement spurred employers across a host of sectors, including the legal industry, to make changes to ensure their houses are in order. Now, she doesn't get this kind of "ho-hum" response.

"I take some pleasure in reminding this group every now and then when I'm in front of them, 'You know, in 2014, no one wanted to talk about this, and now, it's all you want to talk about,'" she said.

The EEOC has been ahead of the curve, issuing a report in June 2016 finding that workplace harassment continues to be a persistent problem and that training that simply focuses on avoiding legal liability doesn't work. It also launched new training for supervisors and employees in 2017.

The early efforts helped the agency hit the ground running when the Weinstein story broke in October 2017 and #MeToo took on a life of its own. Since then, the EEOC has seen a 13.6% increase in sexual harassment charges for the fiscal year that ended in September.

Here, Lipnic talks to Law360 about being in the midst of a movement, some of the risk factors in state courts that make employees vulnerable and why it's important for the judiciary to take action now.

Editor's note: This interview has been edited for length and clarity.

Where are we at this point when it comes to sexual harassment in the workplace?

Clearly we've been having a cultural awakening and reckoning on this issue. I don't see it abating on the part of organizations who want to address the issue in a serious fashion and understand what their cultures are and how these situations can happen in their workplaces.

The difficult part is how effective all of these efforts will be. That's going to be something that will take some years for us to know. When you're in the midst of the movement, it's hard to get an assessment on what is working. Right now, we're still in the process of trying.

Many state courts are updating their policies and training following the #MeToo movement. What is your advice as they make reforms?

Where employees of state court systems go to work is a unique work environment. And so the people who are trying to take some action [on] harassment issues need to pause and do an assessment of, 'OK, where do our employees find themselves in their work situations? Are they always in group settings? Are there a lot of one-on-one settings?'

That arm's-length assessment of 'where are my employees working' is a first and critical step for any organization.

For workplaces with significant power disparities, why do you think that is a risk factor?

[Judges] can make an employee's work life successful and pleasant or they can make it really unpleasant. But they're oftentimes in these positions in organizations where they're viewed as untouchable.

One of the things that we're seeing just the slightest change [on] right now in terms of some of the law changing is a greater recognition on the part of judges about this whole issue [of] people being afraid to report.

The judiciary is starting to recognize that where cases might have been dismissed quickly on summary judgment, you might see more cases go to trial. Maybe there will be more benefit of the doubt being given up front to the plaintiff when he or she is alleging sexual harassment. But [these cases] are not going to be dismissed as quickly.

The task force report talks about how after 30 years of training, a lot of it hasn't worked as a prevention tool. What might be more effective?

Training should be something that people in an organization can relate to. It should be customized to that workplace. Vignettes of over-the-top, obvious sex harassment – people just roll their eyes at that stuff.

Explain to people as part of the training what will happen if you report harassment. You want to get past this fear factor – why don't people report? And some of it is, they just don't know what is going to happen if they do report.

A lot of training in the past has been very, 'this is sexual harassment, this isn't sexual harassment.' Now a lot of this stuff is in the gray area. The best way to avoid any kind of situation that might be in the area where it's starting to trend red is to have workplaces that are respectful.

Law360 found sexual harassment claims at the state court level are pretty few and far between. Does that suggest there might not be a problem?

A lack of reports or a lack of complaints doesn't mean that your workplace is harassment-free.

Part of why we were suggesting [in the task force report to] think about civility and civility training is because harassment is on a continuum. It's everything from the put-down remarks to flat-out sexual assault. You want to avoid that far end of the continuum where things can devolve into that.

We were careful to say in our task force report any kind of discipline should be proportional to the offense. I really underscore that.

Accountability can be demonstrated, but the leadership has to demonstrate it. And you have to make sure that in particular your first-line supervisors know they will be held accountable for it, too.

Why is it important for the judiciary to be leaders in addressing sexual harassment in the workplace?

They are the judges when [sex harassment] cases are brought to court. They are and should be held to a higher standard in terms of their own workplaces and what people experience in their workplaces so that they have credibility when people are coming to them for redress.