By Maria Koklanaris
Law360 is providing free access to its coronavirus coverage to make sure all members of the legal community have accurate information in this time of uncertainty and change. Use the form below to sign up for any of our daily newsletters. Signing up for any of our section newsletters will opt you in to the daily Coronavirus briefing.


Law360 (April 7, 2020, 2:15 PM EDT) -- Whether states can and will assert nexus on businesses whose employees are working remotely at home has emerged as a top concern among state tax professionals amid the COVID-19 pandemic. 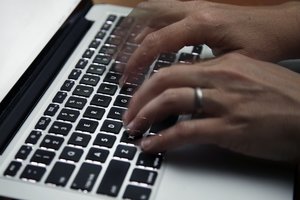 Because of the mass shift to working from home to comply with "stay at home" orders, businesses now have a presence in states that they didn't have before. (AP)

In the last few weeks, the mass shift to working from home as governments, businesses and individuals seek to comply with "stay at home" orders to avoid spreading the novel coronavirus has created a situation in which businesses now have presence in states that they didn't have before. This turn of events has created confusion and worry about how states will respond, especially since COVID-19 is causing a collapse of state tax revenues at the same time as this opportunity for states to reach new business taxpayers by asserting nexus.

In response, state tax professionals are pleading with states to issue guidance declaring that they will not assert nexus to impose tax reporting and payment obligations on previously untaxed businesses if an employee is working remotely only because of safety considerations. That would be an effective form of relief for businesses and employees in what for many continues to be the most uncertain time in their histories, state tax professionals are saying.

"It's going to be tempting," said Alysse McLoughlin of McDermott Will & Emery LLP. "States are going to need money. I just think it's so important that taxpayers do not get whipsawed on this."

There are several considerations with the shift to telework. Businesses may not know whether the new and temporary presence of an employee or employees will create enough of a connection with a state to trigger nexus. Employees may not know if their withholding status will change, and businesses may not be sure of whether to change it. And if businesses aren't confident about whether they have nexus in a state in which they previously did not, then they aren't going to be confident about whether they should file.

If businesses determine they do have a filing requirement, they will have to consider apportionment laws. If a state apportionment formula takes into account whether a business has payroll in a state, having a remote employee may constitute a payroll factor. Even if a state has moved to single-sales-factor apportionment, as many have done, an employee can still make a difference, triggering nexus for a company that has sales into a state but previously had no other economic activity there.

There could also be implications for the Interstate Income Act, also known as P.L. 86-272

. Under the act, corporations are insulated from taxes on net income where soliciting orders for tangible personal property is their only connection to a state. Now, however, employees who began working from home three weeks ago could constitute another connection.

"From a tangible personal property business perspective, you'd lose your 86-272 protection unless [the remote employee] was a salesperson and all they did was solicit sales," said Brian Kirkell of RSM US LLP. "Depending on your volume of sales into a state, loss of that 86-272 protection can be very meaningful."

With all that in mind, it would be easiest on businesses and their employees if states just continued to operate, for nexus purposes, as they did before anyone had ever heard the term COVID-19, said Jared Walczak, director of state tax policy at the Tax Foundation.

"In all of these cases, it would be far simpler to act as if employees were still working at their normal place of business, even if they have relocated due to the coronavirus" that causes COVID-19, Walczak said. Doing otherwise, he added, "gives rise to incredible complexity."

It would also help to avoid a worst-case scenario — in which an employee might lose a job, Walczak said.

"Thus far companies seem to be focusing on the immediate demands of the crisis and not the tax consequences," Walczak said. "But for companies already struggling, if the tax code makes it too costly to keep an employee on payroll, some may make choices that are in no one's best interest."

What states must do is speak up, said Leighanne Scott of Caplin & Drysdale Chtd. She said the issue should be a priority for tax agencies. So far, however, only a few have responded.

New Jersey on March 30 issued a notice stating that if employees are working from home solely due to the crisis, the state will not assert nexus that may have been triggered by having employees there. Similarly, Mississippi on March 26 said it would neither impose any new withholding requirements on employers nor assert nexus based on employees who are working from home due to the pandemic. Apportionment formulas for businesses would also remain the same, Mississippi said.

Speaking April 1 at a webinar sponsored by Reed Smith LLP, Keith Richardson, deputy chief financial officer for the District of Columbia's Office of Tax and Revenue, and Thomas J. Gohsler, chief counsel for the Pennsylvania Department of Revenue, sought to assure taxpayers that they don't plan to assert nexus because an employee is working remotely in light of COVID-19.

That was a good start, noted Nicole Kaeding of the National Taxpayers Union Foundation, but a vast majority of jurisdictions have said nothing.

"I would like them all to issue guidance," Kaeding said. "My hope is that they all provide safe harbors for affected individuals and businesses."

Gregory Matson, executive director of the Multistate Tax Commission, told Law360 that both his organization and the Federation of Tax Administrators were aware of the nexus concerns, and had circulated practitioner comments outlining those concerns to tax administrators. However, he said tax administrators need guidance on the issue, too.

"The issue is larger than senior tax administrators can address on their own, however," Matson said. "They need support from senior policymakers in their state to address it fully, and in a way that would provide the assurance taxpayers need."

Even with guidance, though, a taxpayer's position with regard to remote nexus may still be difficult to determine. In some states, administrative procedure laws may bar departments of revenue from saying they are not going to enforce the tax laws. And if guidance is spoken rather than written, tax agencies are not bound by it.

Then it comes down to a simple choice, said Kirkell of RSM.

"You either file or you don't," Kirkell said, adding that he thinks a majority of taxpayers would likely not file if they had some guidance to fall back on.

Update: This article has been updated with comment from the Multistate Tax Commission.