By Bill Donahue
Law360 is providing free access to its coronavirus coverage to make sure all members of the legal community have accurate information in this time of uncertainty and change. Use the form below to sign up for any of our weekly newsletters. Signing up for any of our section newsletters will opt you in to the weekly Coronavirus briefing. 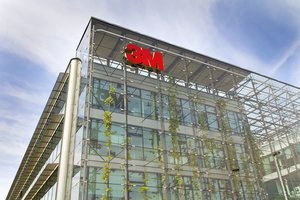 ​Mask producer 3M is arguing that companies used confusing tactics to mislead buyers into thinking the businesses — and their "unconscionably high prices" — were somehow authorized by 3M.

According to 3M, both companies were selling the masks at more than four times the list price.

Crucially, the cases don't actually accuse the defendants of using the 3M name on their own masks, or selling counterfeit masks, or even improperly importing real masks — a practice known as selling "gray market" goods.

Instead, 3M is claiming that the companies used confusing tactics to mislead buyers into thinking the companies — and their "unconscionably high prices" — were somehow authorized by 3M.

"The mere association of 3M's valuable brand with such shameless price gouging harms the brand, not to mention its more serious threat to public health agencies that are under strain in the midst of a worldwide pandemic," the company wrote in the New York lawsuit.

That's a broader claim than run-of-the-mill trademark infringement, but experts say it's not exactly outside the scope of the federal Lanham Act.

"While price gouging may not be technically illegal under the Lanham Act for traditional trademark infringement, the law prohibits tricking a consumer into believing that the sale of a price-gouged product was somehow approved or authorized by the manufacturer," said Mark Sommers, a trademark attorney and partner at Finnegan Henderson Farabow Garrett & Dunner LLP.

Though they're aimed at unsavory behavior, 3M's lawsuits create tension with trademark law's first-sale doctrine, which allows for the resale of legitimate branded goods without incurring liability. An important safety valve for trademark law, the first-sale doctrine is how you can resell your used Honda, or how a store can sell cans of Coca-Cola without express permission.

For some experts, that tension raises red flags, even if the lawsuits are aimed at combating bona fide bad actors.

According to Rebecca Tushnet, a professor at Harvard Law School, 3M's claim that defendants illegally held themselves out to be "authorized vendors" is something of a stretch, supported by little discussion of what separates such an endorsed distributor from a plain-old vendor.

"The vendor-authorized vendor issue is a really important distinction that companies would like to ignore so that they can kill the first-sale doctrine," Tushnet said. "But first sale provides important benefits to consumers and to competition."

Those concerns aside, the protections of the first-sale doctrine do have limits, and experts like Tushnet say the defendants may have crossed them by holding themselves out as actually connected to 3M.

For instance, in the New York City lawsuit, 3M says the defendant company misleadingly warned the city that "acceptance of the purchase order is at the full discretion of 3M."

"3M doesn't need to kill first sale," Tushnet said. "It can go after the actual falsities alleged here, and N.Y.'s attorney general is ready, willing and able to enforce the anti-price gouging statute."

Beyond the straightforward legal details, 3M's lawsuits can also be viewed through the lens of public relations.

Just as brand owners and their attorneys have become increasingly aware that trademark threats can lead to publicity headaches, they've also seemingly come to view such cases as opportunities for good press.

For 3M, which just spent a week feuding with the White House over whether it was producing enough masks, there is huge value in such coverage, regardless of how exactly the cases shake out in court.

"The public sees a company standing up against what they view as an unethical and unconscionable money-grab for [personal protective equipment] needed by our nation's health care workers battling the pandemic on the frontlines," said Sommers, the Finnegan attorney. "And that publicity is worth every penny, legal merits aside."