Litigation Funder Says He's As Busy As Ever Amid Pandemic

By Ryan Boysen
Law360 is providing free access to its coronavirus coverage to make sure all members of the legal community have accurate information in this time of uncertainty and change. Use the form below to sign up for any of our weekly newsletters. Signing up for any of our section newsletters will opt you in to the weekly Coronavirus briefing.


Law360 (May 6, 2020, 6:44 PM EDT) -- Eric Blinderman, the CEO of Channel Islands-based litigation funder Therium's U.S. operations, says the COVID-19 pandemic and its economic fallout have led him to pull "all-nighters upon all-nighters." But in Blinderman's case, that's a good thing. 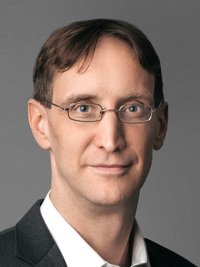 As traditional sources of funding dry up and law firms scramble to lock down their balance sheets and ensure they'll have short-term cash on hand, lawyers have been calling Blinderman in droves over the past few weeks, he says.

Billions of dollars have poured into litigation funding in recent years, as investors looked for new ways to diversify their holdings and make their money work for them in the post-crisis era of low interest rates. While concerns about a perceived lack of transparency have dogged the industry — fueled in large part by its archnemesis, the U.S. Chamber of Commerce — lawyers and law firms have nonetheless become increasingly comfortable with the once-taboo subject of litigation funding during that time.

Therium was founded in 2009 and was primarily active in the U.K. until just a few years ago. Now the company's about 35 employees are also spread across offices in the U.S., Australia, Germany, Spain and Norway.

Therium initially raised a series of relatively small funds with a total value of $120 million, then raised $300 million in 2015. In 2018, another fund brought in $265 million, and last year Therium's most recent fund raised $430 million, bringing its total assets under management to more than $1 billion.

Blinderman, a former prosecutor and commercial litigator at Proskauer Rose LLP, spoke with Law360 about the evolution of Therium and litigation funding in general, and the potential consequences of the ongoing pandemic for his industry.

Can you give me a bit of background on Therium's operations in the U.S. and explain what exactly you do? How is the money deployed?

When we first started four years ago, usually individual lawyers would come to us with one-off, fairly vanilla types of cases they wanted us to finance. Breach of contract, trademark infringement, commercial arbitration, that sort of thing. Those cases usually entail a roughly [$2 million] to $5 million investment on our part.

All of our investments are non-recourse, meaning that if the lawsuit we're financing doesn't result in a favorable outcome, we lose our money. Period. So we roll up our sleeves and evaluate each case according to four underwriting fundamentals: The likelihood of success of the suit, the potential damages, the timing of recovery and the judgment of the lawyers involved. I'd say we fund at most between 3% and 5% of the opportunities that come through the door.

But as the litigation financing industry has evolved and corporations and law firms have become more comfortable with using this type of financing, that's resulted in much more sophisticated financial products being offered by Therium and our competitors.

What does that mean in practice?

There's a few forms it can take. One product that's become fairly popular recently is similar to a revenue factoring-type transaction.

Say an AmLaw500 law firm might have a portion of cases that were taken on contingency but haven't paid off yet. The firm is seeking to meet its year-end numbers and pay its partners, and so forth. So they'll come to Therium, we'll value the cases in question and provide capital upfront, then get paid back as the cases pay off.

Another product that's completely different is financing new law firms. Say a group of lawyers is looking to split off from their existing firm. If we're comfortable with the fundamentals we can provide you capital to get an office, hire attorneys and otherwise get the firm off the ground.

Another product is designed for law firms that want to increase revenue streams, but don't have the capacity to take matters on contingency. That firm would essentially use Therium's balance sheet to begin taking on matters where the risk would be otherwise unacceptable to them, by taking out a line of credit collateralized by an interest in those contingency cases.

We can provide the same type of funding to corporations. Maybe a general counsel doesn't want to request money to take on a case their boss feels could be better spent making widgets. We can finance that case, and just like with the law firm example, there's no impact to the corporation's balance sheet because the funding is non-recourse.

This is just a ballpark estimation, but I'd say the more structured, portfolio-type products now account for roughly 40% of the funds we've deployed, while the bread-and-butter one-off cases account for about 60%. Given the recent surge in interest for those more sophisticated products, however, I wouldn't be surprised if the breakdown was 60 to 40 in favor of the more complicated products within a year or two.

Can you explain where Therium's money comes from? Who are your investors?

I'm not able to identify our investors by name, but I can say that our first large fund, which was launched roughly five years ago, was capitalized by an entity who's now one of our largest existing shareholders. The entity who capitalized the first fund no longer deploys their own capital, they just ride the returns in the form of owning Therium shares.

Back in December you wrote an op-ed for Law360 about how your industry might fare if a recession were to hit in 2020. Obviously that recession has come to pass. Now that it's here, how has it impacted Therium and litigation financing in general?

Honestly the last four weeks have been the busiest of my entire career, no question. It has been all-nighters upon all-nighters. I've heard similar things from our competitors.

We've had a lot of law firms calling us and saying they expect even blue chip clients to no longer be capable of paying their fees, at least in the short term, and they've been asking us to step into the breach. Other firms and practice groups want to take advantage of new claims that may arise as a result of the pandemic.

So while it feels wrong to use words like "market opportunity" in the midst of so much human suffering and catastrophe, I can definitely say there has been a lot of interest in litigation financing as a result of COVID-19 and the economic turmoil it's caused.

In the grand scheme of things though, do you think the fact that we're heading into a recession could cause problems for the litigation financing industry in general? Could the pressure cause small firms to go belly up, for example, or weaker cases to be abandoned?

That's the easiest question you've asked so far. The answer is yes. There's going to be severe risk for any economic participant in the current situation. Even more so than usual, litigation funders will have to focus aggressively on the fundamentals or risk getting burned.

If you're financing a great case, for example, but now the defendant looks like it may go bankrupt, it doesn't really matter if you score a huge judgment against them. You'll just be waiting in line in bankruptcy with the rest of the creditors, and most likely you'll end up recovering pennies on the dollar.

Some smaller firms will undoubtedly close up shop, and some smaller litigation funders might get squeezed out of the market as well. In general I think it's likely that it will be the bigger players who are better able to weather this storm. Obviously there will be winners and losers as that process plays out.

Correction: An earlier version of this article misstated some details about Therium's first large fund. The error has been corrected.