Trial Recess: Why Arturo Gonzalez Is Staying Fit In Lockdown

By Daniel Siegal
Law360 is providing free access to its coronavirus coverage to make sure all members of the legal community have accurate information in this time of uncertainty and change. Use the form below to sign up for any of our daily newsletters. Signing up for any of our section newsletters will opt you in to the daily Coronavirus briefing.


Law360 (May 26, 2020, 8:00 PM EDT) -- Morrison & Foerster LLP's Arturo Gonzalez isn't just reviewing case files while waiting out the pandemic, he's staying in shape so he can hit the ground running when courts open back up to tackle an unprecedented backlog — one Gonzalez says could stop a host of cases from going to trial. 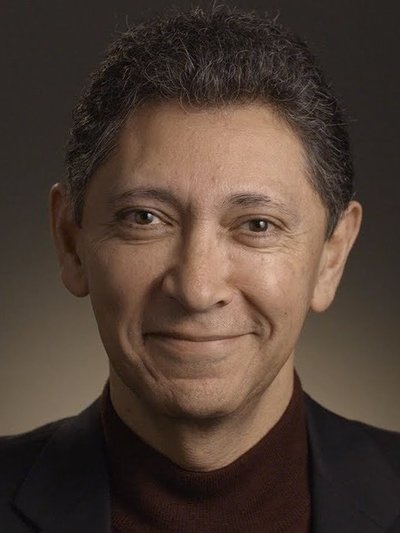 Over his 35-year career at MoFo, Gonzalez has been tapped as trial counsel for clients such as Uber and Beats By Dre founders Andre "Dr. Dre" Young and Jimmy Iovine, and he currently chairs the firm's commercial litigation and trial practice group.

In a 40-minute conversation earlier this month, the basketball fanatic spoke to Law360 from his newly assembled home office in San Ramon, California. There he has been sheltering in place with two new golden retriever puppies, Gigi and Klay, named for the late Gigi Bryant — daughter of Kobe Bryant — and Warriors sharpshooter Klay Thompson.

Gonzalez discussed how working from home has been a tough adjustment for an old-school attorney like himself, his worries about how the pandemic might affect aspiring trial attorneys, and what he sees as the hardest trial skill to master.

What was happening in your practice before the shelter-in-place order came down?

What's really strange is I've been commuting on BART for 35 years, and I've never worked from home for more than one day in a row. To be here for seven weeks just feels strange.

I had a trial in April that obviously didn't happen that I was getting ready for, then I had another trial that I started to get ready for, then that one was kicked. It's one of the interesting things, if you're a trial lawyer and the courts are closed, what are you supposed to do?

When the jury trials resume, criminal cases will have to take priority, because you've got a lot of people that are in custody awaiting trial. And so civil judges will suddenly have to learn criminal law and try some of those cases. And then when the civil cases start up, well, there's going to be the biggest backlog I've ever seen in my 35 years.

I think there's going to be immense pressure to settle cases because of the caseload.

Do you see this pressure already starting to build?

I do believe that's starting to happen now. If I am a plaintiffs attorney — and I am, half the cases I've tried have been for plaintiffs — I'm going to explain to my client: Listen, there is some benefit to getting the money sooner, rather than later.

And I think there's going to be greater use of private services, [alternative dispute resolution], mediation or whatever it is. Because the courts are going to be pushing parties: "You guys have to go out there and try that before you come in here and take my time, because I've got 18 cases in front of you."

Do you see this work being done remotely?

I don't think there's any reason you can't do a mediation via the internet. I mean let's face it, when you show up for mediation, usually what they do is split us up anyway.

You don't even have to be in the same building. I can be sitting in my house and I can be talking to the judge about the strengths of my case, and the weaknesses of the other side, then the judge can put me on hold and get the other people on the screen from wherever they're at. I can do that.

How are you using the additional time you have with cases that have been delayed?

That is an excellent question, and I'll tell you what I'm doing: I'm going back and I'm reading the record, in various cases that I have, and getting my own notes organized.

For example, when I can, I like to read every deposition transcript in a case. Now, sometimes that's difficult. If I get asked to try a case at the very last minute and there's been 60 depositions, it's not practical to read them all. But I really prefer to read them all if I can. I want to know what happened myself.

But I'm basically laying the foundation for the trial, and just getting some of the background and getting myself organized, and just being locked and loaded. And you've got to be locked and loaded for three or four different cases and be ready to go whenever the judge pulls the trigger. Because I don't know, frankly, which of these various cases is going to go first at this point.

Are you doing anything to keep your trial skills sharp?

I would be more concerned with the younger lawyers than somebody who's been doing this for 35 years. When you've been doing it as long as I've been doing it, here's what's more important, in my view: keeping your body in shape.

If I can't maintain my regular workload routine because the courts are closed and there's nothing I can do about that, I can at least make sure that I'm healthy. So that when the gun goes off and they say 'go,' boom, I'm off.

People don't realize how stressful it is to stand up in a courtroom full of people and everyone's watching you, they're listening to your every word and everything you say matters. And so you've got to be in shape physically to be able to do that. So I'm trying very hard to continue to run twice a week, to go bike riding on the weekend, stretch every day.

Will this pandemic hurt the future of today's aspiring trial attorneys?

Law firms have an obligation to do what they can to train the young ones. Especially when the courts are closed, because if they can't go into court, stand up on their feet and learn how to make an argument, how are they supposed to be trial lawyers? And so you've got to make sure you've got training programs in house, so you can at least train them once the coast is clear.

I'm very disappointed, and there's nothing we can do about it. But I was a summer associate at Morrison & Foerster 36 years ago and this is the first time since then we're not going to have an in-person summer program.

I think that's unfortunate. I think that's a big loss for the law students, because one of the benefits of going to a law firm for a summer is just getting used to the culture of the firm, to get to know people, to get to see a lot of people. I know a lot of people say, "Oh, it's just socializing." No, I think it's a lot more than just socializing.

You've written about the 'vanishing trial lawyer.' Are you worried this pandemic will exacerbate that trend?

Some people, they try one case, they try two cases and now suddenly they're a trial lawyer. No, no you're not. You're somebody who's got a couple trials and that's good, but you've got to have at least 10 to say you're an experienced trial lawyer. There are very few partners at large law firms that have 10 trials. And this isn't helping.

I am constantly thinking about making sure that there's a next generation at our firm, and in the profession in general, that is competent enough to stand up in a courtroom and try a case ... that [understands] how to object. Which, by the way, is the most difficult thing to learn. Most lawyers just don't know how to do it.

It has to be immediate. And people just don't know how to do it.

How has it been shifting to the home office?

I think there's a generational issue here. I think for a lot of the younger lawyers, they don't really have much of a problem working from home, because they've been working from home. And they've been doing stuff remotely. They know a lot more about computers and technology and all that, and they're more comfortable with it.

So I find the young lawyers are doing a very nice job. It's the folks like me who have been accustomed to going into the office and seeing people in the office who really have had to make some changes.

Now the danger with that is, that in a law firm, one of the things that I view as important — and now others may disagree with me — but I think in a law firm it's very important to socialize with people, to go around and talk to people.

Imagine a law firm where all of the partners are working from home. What kind of law firm is that?

What are you looking forward to about stay-home orders being lifted?

I've got two new puppies. That's one of the ways I'm killing my time at home. And I can't wait to take my puppies on a walk across the Golden Gate Bridge.