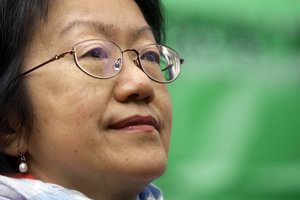 No action was taken on the bills by the council's Finance Committee, but the bills were considered in a remote hearing as the council looks to adopt a city budget by June 30 amid widespread impact by COVID-19, the respiratory disease caused by the novel coronavirus. While the tax measures won support, with caveats, from those representing property interests, hotels and local business, they drew concern from Democratic Mayor Bill de Blasio's administration over the potential impact to the city's cash flow as it expects massive revenue losses from the closings of businesses.

One bill, T2020-6277, sponsored by Council Member Margaret Chin, would allow certain owners to defer taxes on real property with an assessed value of more than $250,000 if the owners were affected by the pandemic.

"Many mom and pop landlords whose tenants have been impacted by the coronavirus are terrified of making the July 1 property tax deadline," Chin told the committee. "We have to give them some breathing room."

The other bill, T2020-6276, sponsored by Public Advocate Jumaane Williams, would defer property tax liability on real property with an assessed value of $250,000 or less by certain property owners affected by COVID-19.

Property taxes are the city's biggest single source of revenue, accounting for $30 billion, or nearly half, of the city's total tax revenue, Jeffrey Shear, deputy commissioner for treasury and payment services for the city's Finance Department, told council members.

He said the administration had "qualified support" for the Williams bill but couldn't support Chin's measure because of what he characterized as its harsh impact on the city's finances.

Chin's bill would require the Finance Department to offer agreements to defer real property tax liability for the installment of real property taxes that are currently due on July 1 to Oct. 1.

Owners meeting the property tax assessment threshold in Chin's bill would be allowed deferrals if they meet either of two criteria, according to a bill summary. The property would have to have been occupied by an active business on March 7 that was affected by government orders to limit in-person services, or the business would have to have experienced an unexpected decline in income from March 1 to June 30, the summary said.

Deferral agreements would require property owners to pay 25% of their taxes by Oct. 1 and pay the remainder by May 1, 2021. Property owners would also be required to provide to any commercial, residential or institutional tenants or lessees a temporary suspension of rent and an interest rate on late rent that couldn't exceed one-quarter the rate for the property owner's own unpaid deferred taxes, a bill summary said.

Shear said that the properties in Chin's bill account for about 70% of the city's $30 billion in property tax revenue and that the 18% interest rate on late tax payments, which has existed for two decades, has been recommended to continue into the 2021 fiscal year. The city charges a 7% interest rate on late payments of property taxes with an assessed value of $250,000 or less and 18% for properties with an assessed value of more than $250,000. De Blasio's administration has proposed its own tax relief measures to the council.

Chin's bill would reduce the interest rate to 7.5% for the higher assessed properties and requires affected property owners to pay one-quarter of the taxes due by Oct. 1. But it also allows any commercial owner or landlord to receive relief if it experienced any drop of income between March 1 and June 30 due to COVID-19, Shear said.

"The vast majority of businesses would qualify regardless of the size of the property and the amount of taxes due," Shear said. "Even if a fraction of eligible businesses opted into this program, the city's cash position would likely be severely affected."

Instead, Shear said the Finance Department and the administration wanted to work with the council to narrow a reduced population of small businesses to be potentially eligible for the benefit, but it couldn't support the bill until then.

In a statement after the meeting, Chin told Law360 that treating property owners as monolithic based on their buildings' assessment value is wrong.

"My bill creates a deferral plan to provide additional time to pay back property taxes without such a harsh interest rate while everyone gets back on their feet," Chin said. "If the city truly believes in keeping deeply affordable housing and helping small businesses survive this pandemic, they need to work with us."

The Williams bill would require the department to offer agreements deferring real property tax without interest or penalties on installment payments until Oct. 1, 2020, instead of July 1, when they're currently due. The bill would also increase the threshold for income-based installment payment eligibility to $200,000 from $58,399, a bill summary said. Those eligible would be owners of property with an assessed value of $250,000 or less and in which the property is their primary residence. In addition, the owner would have to have experienced economic hardship related to the pandemic and have a combined annual income of $200,000 or less.

"I really think this bill and the work that we're doing finds the right balance in keeping in mind that we have to have property tax to do all of the good work that many of us are speaking about," Williams said.

Williams' measure would also allow cooperatives to qualify if 20% or more of shareholders are affected. The measure would take effect immediately if passed, except if it becomes law after July 1, in which it would be retroactive to July 1.

Shear said the administration was open to raising the income threshold for installment payments but was concerned about expanding the program too much. The city's cash balance by the end of the fiscal year, June 30, is projected to be $2.1 billion lower than last year, he said.

"The administration must not only look at the fiscal impact of losing interest income but also at the impact of any program on the city's cash flow," Shear said.

If too many property owners take advantage of the program and don't remit property taxes by the interest-free due date of July 15, Shear said, the city's cash position later in 2021 fiscal year could become "extremely stressed." Instead, Shear said the administration supports keeping the threshold for hardship at $58,399 and limiting the percentage of income that an affected property owner must pay to between 2% and 8% of the owner's income.

The bills won general support from property interests. Christie Peale, executive director of the Center for NYC Neighborhoods, which promotes affordable home ownership, said the group supported the Williams bill. The Chin bill also won support from leaders of the Lower East Side Business Improvement District, who said that group's members have seen mass closings from restaurants that haven't been able to pay rent since February. The group said it supported her legislation but took issue with the interest rates, arguing they should be lower.

Vijay Dandapani, president and chief executive of the Hotel Association of New York City, covering about 300 hotels, said it also supported the bill. The hotel industry's revenue has dropped more than 75%, and hotels across the city have laid off 85% of the 55,000 employees, he said. But unlike others in their tax class, hotel owners pay real property taxes and occupancy and sales taxes, he said.

"This bill would provide us with some desperately needed relief at a time most hotels have had almost no cash flow for a period of months and are not seeing any change in the near future," Dandapani said.