By Rick Archer
Law360 is providing free access to its coronavirus coverage to make sure all members of the legal community have accurate information in this time of uncertainty and change. Use the form below to sign up for any of our daily newsletters. Signing up for any of our section newsletters will opt you in to the daily Coronavirus briefing.


Law360 (July 23, 2020, 11:06 AM EDT) -- The parent of clothing chain Ann Taylor filed for Chapter 11 on Thursday in a Virginia bankruptcy court with a debt-for-equity plan it says will cut $1 billion in debt and allow the company to bounce back from months of COVID-19 store closures. 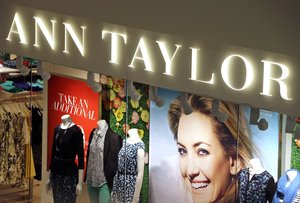 Ascena Retail Group Inc. — whose brands include Ann Taylor, LOFT, Lane Bryant, Justice and Lou & Grey — said that while 95% of its stores have reopened, a "challenging and uncertain" retail environment and a "highly leveraged balance sheet" meant a long-term solution was needed, including a debt restructuring and the closure of over half of its store locations.

"This comprehensive restructuring, as well as the actions we are taking to optimize our brand portfolio and store fleet, mark a new start for our company and will allow us to expand our customer-focused strategies across her mobile, online, and store experiences," CEO Gary Muto said in a statement Thursday.

The New Jersey-based company operates about 2,800 women's clothing stores in the U.S., Canada and Mexico, including 291 Ann Taylor stores, 688 Lane Bryant stores and 826 Justice stores. It has about 40,000 employees, according to its Chapter 11 filings.

The company was founded in 1962 as Dress Barn Inc., which grew to an 800-store chain and acquired the children's and teens' clothing chain Justice before becoming Ascena in 2011. It acquired the parent of plus-size retailer Lane Bryant in 2012 and the parent of Ann Taylor, LOFT and Lou & Grey in a $2.2 billion deal in 2015.

According to its Chapter 11 filings, the company has $1.6 billion in funded debt, with $1.27 million in term loans outstanding from the $1.8 billion it borrowed for the Ann Taylor acquisition and a $330 million asset-based loan facility.

In her Chapter 11 declaration, Carrie Teffner, chairwoman of Ascena's board, said that prior to the pandemic, Ascena had been dealing with the same online competition that has badly buffeted the rest of the brick and mortar retail sector in recent years, causing it to implement a number of cost-saving measures. In March 2019, it sold its interest in the Maurices chain and closed down its 650 Dressbarn locations two months later.

"Certain states have implemented or indicated they are considering social distancing measures that may require that Ascena re-close certain of its stores. Moreover, it is unclear when store traffic will return to pre-COVID-19 levels," she said.

Under the plan, Teffner said, participating term lenders will provide $75 million in debtor-in-possession financing and receive 44.9% of the equity in the reorganized Ascena, while all term lenders will receive a share in the remaining equity along with $88.2 million in new second-out term loan and the opportunity to participate in another $75 million DIP, with both DIPs rolling over into new term loans.

She said the company was in talks with its asset-based lender for another $400 million DIP that would also roll over into a post-petition facility. Unsecured creditors will receive a share of $500,000 if the class approves the plan, she said.

Teffner said the plan also involved "right-sizing" the company's store profile. About 680 Justice stores and all 320 Catherines stores are slated for closure, she said. The company said in its announcement it has received a stalking horse bid for the Catherines e-commerce platform and intellectual property.

About 600 Ann Taylor, LOFT, Lane Bryant and Lou & Grey locations will also be closing, including all stores in Puerto Rico and outside the U.S., she said.

The company has retained Guggenheim Partners as its investment banker.

The case is In re: Ascena Retail Group Inc. et al., case number 20-33113, in the U.S. Bankruptcy Court for the Eastern District of Virginia.