Law360 (October 8, 2020, 12:28 AM EDT) -- In their first and only debate, Vice President Mike Pence and Sen. Kamala Harris clashed Wednesday over President Donald Trump's striking success in adding new federal judges and whether Democrats might expand the U.S. Supreme Court to erase a conservative supermajority. 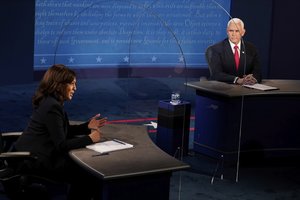