By Bryan Koenig
Law360 is providing free access to its coronavirus coverage to make sure all members of the legal community have accurate information in this time of uncertainty and change. Use the form below to sign up for any of our daily newsletters. Signing up for any of our section newsletters will opt you in to the daily Coronavirus briefing.


Law360 (September 4, 2020, 12:41 PM EDT) -- The Federal Trade Commission has learned a lot about telework after nearly six months of working almost entirely remotely, setting up the necessary infrastructure and processes that may impact the agency's work for years to come, the new deputy head of its Competition Bureau told Law360 in an interview. 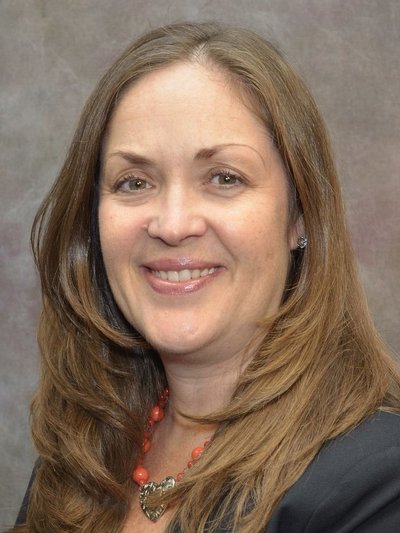 When the federal government sent workers home in March, the commission, like its peers, had to write a whole new playbook, according to Bureau of Competition Deputy Director Tara Isa Koslov, a two-decade agency veteran who finished a nearly two-year stint as FTC Chairman Joseph Simons' chief of staff just as the COVID-19 pandemic was spreading across the United States.

"Sadly, for better or worse it's all now become pretty routine. What's changed is that we shifted from short-term crisis management mode," Koslov said. "And now we're just in this longer-term planning mode of figuring out, OK, if this is our new normal for the time being, how do we keep people as functional and comfortable as possible? And how do we adapt to new challenges as they arrive? But a lot of the systems are now very much in place."

In the early stages of quarantine, Koslov said that the agency had to figure out things as simple as who would be permitted to physically go to the FTC's offices as well as the kind of hours staffers would be working, especially those who suddenly found themselves juggling children and other family obligations.

Even now staffers continue to grapple with boundaries between work and personal lives, said Koslov, who praised the FTC for leadership focused on flexibility and ensuring workers know that it's OK to log off.

The FTC and its fellow antitrust enforcers at the U.S. Department of Justice scrambled in the early days of the pandemic to create an all-remote environment that could meet the needs of companies facing both crippling economic stagnation and a deadly viral outbreak among their employees and customers.

For the enforcers, that meant quickly rolling out a purely electronic filing system for merger notifications and, due to staffing constraints, briefly suspending so-called early terminations of transaction reviews, though the practice of giving a quick go-ahead for deals that raise no competition concerns was reinstated weeks later.

It also meant establishing an expedited process for companies seeking DOJ or FTC assurances that activities related to combating the spread of COVID-19, such as collaborations and joint ventures to coordinate the distribution of much-needed products, don't violate antitrust law. In late March, the agencies announced that companies seeking a DOJ Antitrust Division business review letter or FTC advisory opinion for coronavirus-related conduct "addressing public health and safety" would receive a response within seven calendar days of the agencies getting "all necessary information."

In the months since announcing that expedited process, however, the DOJ has issued only four pandemic-related business review letters and, Koslov said, the FTC has received no requests for its own version.

Koslov said the pandemic hasn't changed the Competition Bureau's work or priorities in any substantive way. Even merger notifications under the Hart-Scott-Rodino Act are ticking back up after a dramatic decline early in the pandemic: The FTC tracked 111 reported HSR transactions in June and 112 in July. While still not as high as the 140 HSR transactions in February and 138 in March, it's still far more than the 79 reported in April and 73 reported in May.

The steepest learning curve early in the pandemic, Koslov said, wasn't specific to the FTC but it was no less challenging: developing mechanisms to remotely conduct the investigational hearings and depositions that are at the core of what the enforcer does, both in the Competition Bureau and the Bureau of Consumer Protection. Early on, according to Koslov, the agency merely postponed many of those proceedings because it was unsure if it would go back to in-person operations fairly quickly.

"Once it became clear that we were going to be in this remote posture for a while and that we really needed to come up with a technology solution that was viable, there was kind of a full-court press within the agency," Koslov said.

Fortunately, according to Koslov, the FTC already had a strong technology infrastructure in place that she said has been a priority for recent commission chairs. Even a few years ago, Koslov said that the agency simply wouldn't have had the bandwidth necessary to have so many people logged on remotely at the same time.

"If we had a snow day or some other crisis where we all had to log on, there would be significant latency in the system because it couldn't handle more than a few hundred people at a time. And so on the first day that we were all on mandatory telework, everybody kind of held their breath and said 'Let's hope this works. We think it should, because we've been boosting our capacity,'" she said. "And it did, and it has continued to. It's not perfect but the vast majority of us are able to do our work remotely."

When conducting remote proceedings early in the pandemic, the FTC relied in part on law firms that already had the technology in place, according to Koslov. And from there, the agency was able to figure out what it needed for itself.

"I think we're in an OK place now. I don't think anybody loves it but I think people have been pleasantly surprised at how effective it has been," Koslov said.

And the effects may outlast the pandemic.

"I think people are beginning to appreciate the benefits of not having to get on a plane," said Koslov, who wondered if remote proceedings might become a permanent fixture of enforcement work.

But the end of the shutdown remains a long way off as COVID-19 shows no signs of abating. As of Wednesday the pandemic had killed more than 184,000 people in the United States and sickened more than 6 million, according to Centers for Diseases Control and Prevention data.

According to Koslov, the FTC anticipates that telework will continue "for quite some time," especially for parents of school-aged children, who've been given as much flexibility as possible.

Going forward, Koslov said the focus will be on improving the technical tools now in place to facilitate the FTC's work. "The basics are all there and I think we're still actively exploring better video technology than what we have, just better collaboration tools," she said.

There are however drawbacks to an all-digital work environment, Koslov said, with staffers missing out on the opportunity to talk with one another informally in the hallways.

"Now everything has to be scheduled," she said.

Ensuring that the FTC continued bringing on new hires was another major priority, according to Koslov. Those efforts appear to have borne fruit, with the FTC tracking 79 new employees hired across the agency since the beginning of the pandemic. The Competition Bureau alone counts 20 of those new staffers.

Koslov took on the Competition Bureau deputy role on an acting basis in March and her posting was made official last month. She first joined the FTC in 1997 after two and a half years as a Vinson & Elkins LLP associate. The Harvard Law School graduate has served in a variety of roles at the agency, including as staff attorney in the competition bureau and attorney adviser to three commissioners.

Serving as Simons' chief of staff was both the most rewarding and the most challenging role Koslov has held at the agency, she said. The job was particularly complicated because of a huge influx of new staff thanks to the onboarding of five brand new commissioners for the first time since the FTC was established in the 1910s. All those people needed to get integrated into the agency and everyone needed to get up to speed while staffers generally needed to get to know the priorities of the new commissioners, Koslov said.

"It turned out to be a really good fit for my skill set; a combination of deep substantive knowledge and then also just knowing the agency and knowing the people really well. I used to joke that I was like the mom of the agency as chief of staff," said Koslov, herself a mother of two daughters in their late teens. "I have this whole philosophy of parenting in the workplace and how being a parent makes you a really effective manager. And so I thought of myself as someone who could take care of the people as well as taking care of the mission."