By Ben Kochman
Law360 is providing free access to its coronavirus coverage to make sure all members of the legal community have accurate information in this time of uncertainty and change. Use the form below to sign up for any of our weekly newsletters. Signing up for any of our section newsletters will opt you in to the weekly Coronavirus briefing.


Law360 (May 20, 2020, 10:29 PM EDT) -- Apple and Google released software Wednesday that could allow governments across the globe to help track the spread of COVID-19 with smartphone apps that would alert users who come in close contact with someone who tested positive for the novel coronavirus. 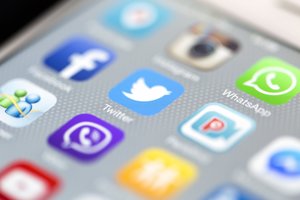 Apple and Google have teamed up to develop software that would allow the creation of smartphone apps to alert users who come in close contact with someone who tested positive for the coronavirus. (iStock)

The tech giants' digital tool, which has been embraced by state officials in Alabama, North Dakota and South Carolina and is being closely watched by privacy watchdogs, allows health authorities to build apps that use Bluetooth technology to notify users who come in close proximity to other app users who report positive COVID-19 tests.

So far, officials from 22 countries on five continents — as well as an undisclosed number of U.S. states — have received access to the Apple/Google technology, which is designed to be used to implement contact tracing, the process of tracking the spread of the coronavirus by tracing the movements of those who have tested positive, the companies say.

Authorities in Alabama, North Dakota and South Carolina confirmed in public statements that they planned to use the tech giants' software to build exposure notification apps. Apple and Google declined to provide information Wednesday on what other governments were using the technology to roll out their own contact-tracing apps.

Both companies have pledged that use of all apps built using their technology will be voluntary, with users given the choice to opt-in to both sharing their positive test results and being notified of possible exposure to the virus. Apple and Google say that they are also barring governments that use their software from collecting GPS location data, and that their software stores the logs of people with whom users have been in contact remotely on their personal devices, in a "decentralized" process that is out of health authorities' reach.

The tech giants' focus on privacy has earned it early measured praise from some consumer watchdogs, and company representatives say they hope to convince users to trust them enough to use government apps running the Apple/Google software.

"User adoption is key to success, and we believe that these strong privacy protections are also the best way to encourage use of these apps," the companies said in a joint statement on Wednesday.

Some governments, including in the U.K., have rejected the Apple/Google approach in favor of apps that store data on servers overseen by the government. U.K. officials have said that such a system allows authorities to analyze data in ways that are not possible under decentralized systems, making their version of the app more effective. That approach, however, has raised the hackles of some privacy lawyers.

In the U.S., North Dakota Gov. Doug Burgum said in a news release that the state would soon release the "Care19 Exposure" app built using the Apple/Google system, in a move "reaching the greatest number of people in a way that protects their privacy."

South Carolina's app will be called "SC-Safer-Together" and is being built by the state's department of health and the Medical University of South Carolina, state officials said.