By Bill Wichert
Law360 is providing free access to its coronavirus coverage to make sure all members of the legal community have accurate information in this time of uncertainty and change. Use the form below to sign up for any of our weekly newsletters. Signing up for any of our section newsletters will opt you in to the weekly Coronavirus briefing.


Law360 (May 27, 2020, 10:29 AM EDT) -- Bakery chain Le Pain Quotidien filed for Chapter 11 protection in Delaware bankruptcy court Wednesday as the business faces more than $100 million in debt and plans to complete a going-concern sale of most of its assets after closing its doors due to the COVID-19 pandemic. 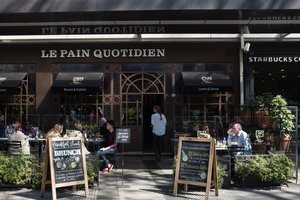 In what the New York-based company said would stave off a total liquidation, PQ New York Inc. and its affiliates filed Chapter 11 petitions as a means of selling most of their assets to LPQ USA LLC, an affiliate of Aurify Brands LLC, according to the first-day declaration from Steven J. Fleming, the proposed chief restructuring officer of the businesses.

The move would enable the reopening of 35 restaurant locations, create about 1,000 jobs and allow a number of former Le Pain employees to be rehired, Fleming said.

While "the debtors were forced to shutter all locations and terminate substantially all of their employees due primarily to the circumstances surrounding the COVID-19 pandemic," the "Chapter 11 cases represent a new, brighter day for the debtors' constituents," Fleming said.

"The sale enables the debtors to avoid what otherwise would have been a complete liquidation under Chapter 7 of the bankruptcy code, thereby maintaining a go-forward business partner and tenant for many of the debtors' vendors and landlords, respectively," Fleming said.

The bankruptcy marks a new chapter for a culinary adventure that began with the first Le Pain in Brussels, Belgium, in 1990 and grew to more than 290 locations around the world at the company's peak, with the debtors operating 98 restaurants in the U.S., the declaration states. Le Pain Quotidien means "the daily bread," according to the declaration.

Even before the COVID-19 pandemic rattled the restaurant industry, however, Le Pain suffered declining sales for a number of reasons, Fleming said. Among other factors, "a lack of investment at the store level" contributed to "a lagging digital platform," and the debtors faced "increased competition" in their primary markets, according to the declaration.

"The traditional dining concept historically embraced by the debtors was under pressure, as consumers displayed a preference for new dining formats that offer more convenience," Fleming said.

Le Pain took a series of steps to address its problems, such as "by shifting more towards a 'Grab N' Go' restaurant concept" and launching "a best-in-class mobile phone app," Fleming said. The debtors also explored "both in- and out-of-court restructuring alternatives for addressing the costs associated with the debtors' underperforming leases," Fleming said.

"It became apparent over time, however, that a bankruptcy filing would be necessary given (i) the difficulty in renegotiating lease terms outside of bankruptcy; (ii) the ongoing funding needs of the underperforming restaurants; and (iii) the realization that an out-of-court transaction would require significant funding from a potential purchaser or investor," Fleming said.

The debtors began planning in February for a possible in-court restructuring, according to Fleming.

The pandemic then struck a blow to Le Pain and other restaurants, as government-ordered business closures limited them to takeout and delivery services, Fleming said. The debtors shut down most of their restaurants and initially tried to operate a limited number of the remaining locations for takeout only, but "these efforts quickly proved unprofitable," Fleming said.

"Accordingly, by March 22, 2020, the debtors had shuttered all of their restaurant locations and terminated all but a handful of their employees that would be necessary to oversee the sale of the business (or an orderly wind down if not possible) through a bankruptcy proceeding," Fleming said. The debtors had employed about 2,500 people until recently, Fleming said.

Le Pain ultimately reached an agreement in which LPQ USA LLC would acquire most of the debtors' assets "for aggregate consideration of $3 million, plus the adequate assurance deposit amount … the assumption of certain liabilities and the payment of all cure amounts," Fleming said.

Fleming also noted that "the proposed timing of the sale process coincides with the loosening of restrictions associated with the COVID-19 outbreak."

"The debtors are hopeful that the timing of the transaction will permit the purchaser to resume operations at certain locations as governmental authorities allow for the post-COVID-19 reopening and operation of restaurants," Fleming said.

Update: This article has been updated with additional information on the case.