Law360 (May 10, 2021, 1:13 PM EDT) -- As many Peach State courts welcome back attorneys, jurors and the public to in-person proceedings for the first time since the start of the coronavirus pandemic, Georgia's business court will finally make the most of its facilities at its first-ever in-person hearing Tuesday. 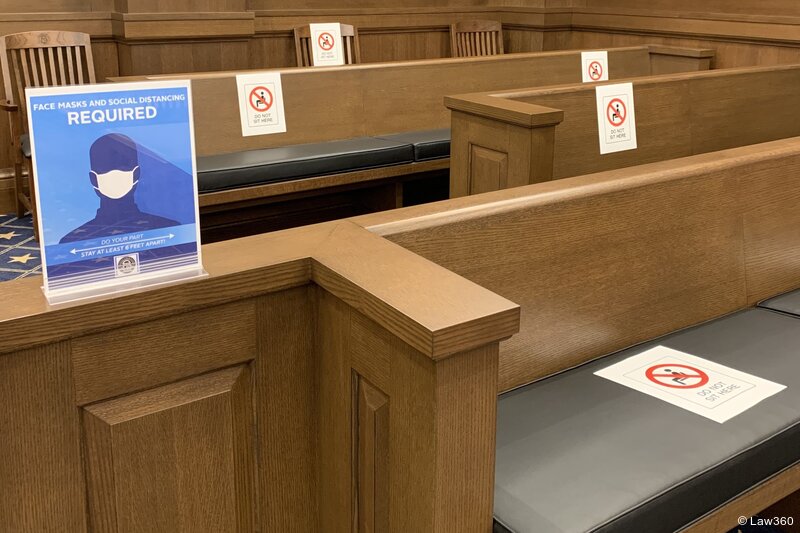 The Georgia State-wide Business Court opened in August amid state restrictions and a judicial emergency aimed at curbing the spread of COVID-19. The court has so far only held remote proceedings via Zoom and broadcasts on its website. But on Tuesday, Judge Walter W. Davis and his team are hosting litigants face-to-face for the first time to hear motions in a governance dispute involving a medical clinic.

"There's a very real, sort of first-day-at-school quality to this right now, and you can feel it among all of us," Judge Davis told Law360 on Friday. "It's a pretty exciting moment."

Parties in a dispute between doctors who own an Atlanta-area spine and neurosurgery practice will debate two motions in the courtroom on Tuesday morning. Arguments in the case, which was removed to the business court from a state trial court in October, will focus on whether a buy-sell provision of a shareholder agreement was properly invoked.

Judge Davis said he presented parties with the option of an in-person hearing because it was the right case at the right time. There are seven parties in the case, which can make remote hearings a little clumsy when people inadvertently speak over one another, he said. And restrictions on state courts' in-person proceedings during the pandemic are easing as vaccinations increase.

"I get the sense that there's an eagerness for more in-person proceedings," he said.

Four parties represented by four different law firms will appear in court Tuesday, and an attorney for a nominal defendant will join via Zoom due to scheduling restraints. Attorneys for the parties did not immediately respond to requests for comment about the hybrid hearing.

Full COVID-19 protocols will be implemented during the hybrid hearing. Touchless hand sanitizer and disinfectant wipes will adorn every business courtroom table, alongside a reminder for litigants to wear face masks and practice social distancing, which is the reason all but eight of the roughly 40 seats in the gallery are marked as unavailable.

Everyone in the courtroom is expected to wear a face mask, though counsel can choose to remove their mask while speaking from their designated table. To minimize physical interaction, they won't be allowed to argue from the lectern.

Judge Davis, who is fully vaccinated against COVID-19, will wear a mask into the courtroom and take it off while seated at his bench. The courtroom will be sanitized before and after the hearing, as will be the case with every in-person proceeding in the court.

Court staff, who are also now vaccinated against the coronavirus, started moving into their offices in August while the courtroom was under construction, which finished in late November. Judge Davis said having a brand-new court and not being able to enjoy its potential was like having a Christmas present under the tree and not being able to open it.

Now that the proverbial gift is ready to be opened at last, the courtroom is spotless. No sweaty handprints, shoe scuffs or pen marks have tainted the furnishings, and no one has yet sat in the plush lobby seats or used the complimentary printer in the largest of three communal conference rooms.

Judge Davis, a longtime Jones Day attorney, has been waiting for his first in-person hearing as a judge since July 2019, when he was appointed as the Georgia business court's first judge by Gov. Brian Kemp.

He knows intimately every detail of the business court space, including the fact that his courtroom is 5 feet longer and 3 feet wider than the last courtroom of the Delaware Court of Chancery that he tried a case in back in 2018.

It was Judge Davis' experience in the nation's top business courts that not only helped him get the position, but also inspired the way he wanted his court to be — a welcoming, comfortable, practical space.

"I think that there will be a 'wow' factor associated with the folks that walk in here for the first time," he said.

The business court is housed within the Nathan Deal Judicial Center, a $150 million building that opened in February 2020 with prime views of the Georgia State Capitol that sits across the street in downtown Atlanta. The judicial center also boasts the Georgia Court of Appeals and the Georgia Supreme Court, which announced on Wednesday its plans to resume in-person oral arguments on June 9.

Judge Davis said he was mindful of the other courts and staff in the building when considering whether to allow in-person proceedings in his own space, particularly as business court hearings tend to involve more people than those held in appellate courts.

"The stars had to align in a certain way," he said.