The Big Picture: How #MeToo Is Changing The Legal Industry 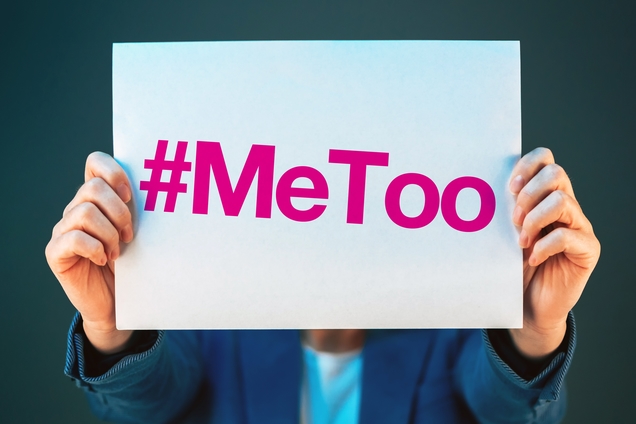 As fallout from the #MeToo movement continues to reverberate throughout the legal industry, law firms are eagle-eyeing old attitudes and the judiciary is looking more closely at the disciplinary mechanisms for their inner chambers. Even with this push, harassment remains an elusive target. Firms are coming up short on meaningful changes, data on actual claims remains scarce and line-crossing judges are still largely insulated from their accusers.

Here, read Law360’s continuing coverage of the issue, which will be updated as new stories develop.

ANALYSES The Many Ways Firms Are Failing To Address Harassment
By Aebra Coe (April 16, 2019)
Law firms are dropping the ball in numerous ways when it comes to responding to sexual harassment and other workplace misconduct, a Duane Morris LLP employment partner told the Association of Legal Administrators' annual conference.

Has The Legal Industry Really Taken #MeToo Seriously?
By Emma Cueto (March 26, 2019)
The legal industry as a whole does not take gender-based violence and harassment seriously and needs to reform its approach, an article published in the Georgetown Journal of Legal Ethics contends, citing unclear rules and lack of enforcement.

New Rules On Judge Misconduct A Key Step But No Panacea
By Andrew Strickler (March 1, 2019)
Judicial ethics experts gave mostly high marks to new rules for the federal courts designed to quell sexual harassment and handle problem judges, even if the changes won't soothe every concern about an opaque discipline system.

After #MeToo, Firms Still Have Blind Spots Vetting Laterals
By Sam Reisman (Aug. 10, 2018)
In the era of #MeToo, law firms are more conscious than they've ever been about the need to vet a potential new partner who may have a history of misconduct, but their options for screening attorneys are constrained by costs and other practical impediments, namely the need to maintain confidentiality in lateral jumps.

Munger Tolles Arbitration Dust-Up May Spark BigLaw Changes
By Natalie Rodriguez (March 26, 2018)
Munger Tolles & Olson LLP’s decision to release its associates from forced arbitration clauses after a weekend Twitter dust-up has already inspired at least one other BigLaw firm to do the same, and in the era of #MeToo, experts say more firms probably aren’t far behind.

Recent Leaks Put Legal Industry On '#MeToo' Notice
By Sam Reisman (Feb. 13, 2018)
Two international law firms announced last week that they were parting ways with U.K. partners after allegations from more than a year ago were suddenly brought to light, in what could be the start of a longer public re-evaluation of how the legal industry addresses — or fails to address — claims of sexual misconduct within its ranks.

Kozinski Fall Carries 'MeToo' Message For Judges, Clerks
By Andrew Strickler (Dec. 18, 2017)
It took barely a week for a wave of sexual harassment allegations to sink Ninth Circuit Judge Alex Kozinski, but court watchers said his Monday resignation should send ripples through the courts for years to come as clerks and staffers become more emboldened to complain about problematic judges.

How #MeToo Will Keep Shaping The Legal Industry
By Sam Reisman (Jan. 1, 2019)
In its first year, the #MeToo movement had a profound impact on almost every industry and level of the culture, including the legal sector, where law firms and federal courts were forced to reckon with policies and practices that allowed workplace harassment to go unaddressed for years. Here, Law360 takes a look at some of the ways the #MeToo movement will continue to shape the legal industry in 2019 as it enters its second year.

The Year #MeToo Rocked In-House Law Departments
By Michele Gorman (Dec. 18, 2018)
General counsel from various industries were forced into the spotlight and held publicly accountable this year — either because they allegedly behaved inappropriately or were accused of handling internal situations poorly — as the #MeToo movement swept through corporate America and its in-house law departments.


• Riding #MeToo Wave, State Courts Get Their Ships In Order


• EEOC’s Lipnic On Sexual Harassment In The Courthouse

Beyond #MeToo: How Female Lawyers Are Mobilizing Online
By Natalie Rodriguez (March 18, 2018)
While they’ve largely declined to share public stories of sexual harassment, female lawyers have also found strength in numbers online amid the #MeToo movement. Now, they’re setting their sights on reshaping the legal industry.

How Law Firms Are Adapting To #MeToo Era
By Brandon Lowrey (March 25, 2018)
Some firms have added initiatives in response to the #MeToo movement, but experts say the vast majority have a long way to go. Here’s a glimpse of the steps some are taking.

Why Some BigLaw Harassment Policies Miss The Mark
By Brandon Lowrey and Natalie Rodriguez (March 26, 2018)
Even simple preventative measures can turn complicated at law firms. Here’s a look at some common steps firms are taking to stop sexual harassment along with the challenges they face.

What Law Firms Stand To Lose In The #MeToo Era
By Natalie Rodriguez (March 27, 2018)
There is a reckoning coming for firms that continue to sweep sexual misconduct under the rug, experts say.

PODCAST Law360's Pro Say: Is Time Up For BigLaw Arbitration Pacts?
By Amber McKinney, Bill Donahue and Alex Lawson (March 30, 2018)
On the latest episode of Law360's Pro Say podcast, the hosts discuss how Munger Tolles dropping mandatory arbitration agreements may be the start of BigLaw's #MeToo reckoning; Oracle's billion-dollar copyright case against Google; associates held in contempt for following partners' orders; and a famous drummer-turned-doctor who rushed to the aid of a juror during his own medical malpractice trial.

Law360's Pro Say: What’s Next For #MeToo In The Law?
By Amber McKinney, Bill Donahue and Alex Lawson (Feb. 9, 2018)
On this episode of Law360's Pro Say podcast, the team discusses how the retirement of one judge accused of sexual harassment won’t quiet the law's #MeToo push, looming changes that could cause headaches for foreign companies looking to invest in the U.S., an FBI sting that busted a judge for accepting bribes, and Chuck Norris filing a lawsuit that is the legal equivalent of a roundhouse kick to the face.

FROM OUR EXPERTS Courts May Be Shifting Outlook On Gender Bias Claims
By Kathryn Barcroft (March 21, 2019)
The Fourth Circuit’s recent opinion in Parker v. Reema Consulting Services demonstrates how even an office rumor can give rise to Title VII liability, and may be indicative of a judiciary moving toward a more sympathetic approach to women's workplace discrimination claims, says Kathryn Barcroft of Solomon Law Firm PLLC.

#MeToo At Law Firms And What We Can Do About It
By Beth Schroeder (June 19, 2018)
While some may say it’s ironic, it’s also embarrassing and enraging that the very industry that offers anti-harassment training, policies and counsel now finds itself the subject of #MeToo headlines. The American Bar Association recommendation that will bring about the greatest change is the call to provide alternative methods for reporting violations, says Beth Schroeder, chair of Raines Feldman LLP's labor and employment group.