A mixture of tech companies and law and accounting firms are taking part in a new experiment underway in Utah designed to cut down barriers to practicing law and open doors to more innovative services for legal needs that are going by the wayside for a huge portion of Americans.

The participants in the Utah regulatory "sandbox" offer a glimpse of what a less restricted legal profession might look like, with nonlawyer ownership and investment in law practices, as well as services with individuals and products beyond attorneys offering legal advice.

Some in the legal community have opposed such an environment over ethical concerns and fears about how business interests may affect the field. But proponents of the Utah pilot program say testing new concepts is a must, as access to a lawyer becomes increasingly difficult in the U.S.

Well-heeled, corporate America can still afford a lawyer, but vast portions of folks go to court on their own, to figure out their legal problems.

"Well-heeled, corporate America can still afford a lawyer, but vast portions of folks go to court on their own to figure out their legal problems," John Lund, chairman of the Utah Supreme Court's office of legal services innovation, the division overseeing the sandbox, told Law360.

Thirty-three organizations have applied to participate in the two-year pilot, which was authorized by Utah's high court in August, and about 20 have already been approved, Lund said. Rocket Lawyer Inc., which has about 30 million U.S. users, is the most prominent name on the list.

Under the sandbox program, the international legal tech company's customers in Utah will get access to a group of in-house attorneys in addition to the document automation services and independent attorney network it already offers. Rocket Lawyer CEO Charley Moore told Law360 the company is in the process of hiring in-house attorneys who will complement its form completion services in areas such as housing and business contracts.

"Lawyers on staff can work very affordably for people and often be that first point of contact with somebody with a simple matter," Moore said, noting its offering in Utah is similar to how it operates in the U.K.

The group of approved participants includes LawPal, an entity planning to offer a "TurboTax-like" platform for divorce and eviction disputes, and 1LAW, which helps clients complete court documents and offers related legal advice through tech including chatbots. A pro bono service provider in Utah is also seeking approval to permit domestic abuse victim advocates to give legal advice while filling out protective order requests, Lund said.

Several studies have shown many Americans get little to no help for their legal problems. A 2015 report from the National Center for State Courts found that at least one party was self-representing themselves in 76% of civil cases in 10 major urban counties.

"You're talking about a huge portion of the population who thinks they don't need a lawyer," said Lund, a shareholder at Parsons Behle & Latimer. "When's the last time you said there's an app on my phone to get a legal service? We haven't created the conditions for that."

Lund compared the legal industry to barbershops, saying that if only a small percentage of people could afford to get a haircut the public would recognize that there's something wrong. "At some level, that's where we've been with law," he said.

The Utah program, as well as the Arizona Supreme Court's move to eliminate a rule prohibiting nonlawyer ownership and fee sharing, has led to increased discussion about law or accounting firms expanding into multidisciplinary practices.

Under the sandbox, a Utah-based accountancy firm received approval to hire an attorney and a law firm got the greenlight to launch as an entity owned by a corporation with subsidiaries offering financial planning, taxes and insurance advising.

But the prospect of accounting firms, including the Big Four, and other established businesses entering law has prompted concerns within the industry.

New York State Bar Association President Scott Karson said in a statement in December that the state's prohibition of nonlawyer ownership is born of "a concern that individuals who are not lawyers do not have the same ethical constraints that lawyers do, and their ownership of law firms could put clients at risk."

Anthony Sebok, a professor at Yeshiva University's Benjamin N. Cardozo School of Law, told Law360 that this debate dates back to the 1980s, when some lawyers worried nonlawyer ownership would lead to a big company like Sears being allowed to practice law. But he said the concerns are mostly overblown. 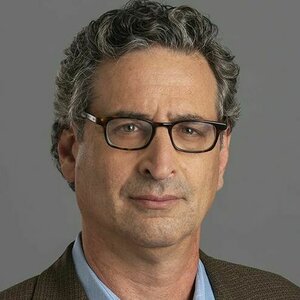 "If you also allow nonlawyers to be engaged in the production of law, you reduce the cost of that product," he said. "The theory is there are these two ways to reduce the costs of the product without reducing quality."

John Remsen, a law firm consultant and founder of The Remsen Group, told Law360 that he expects a "ripple effect to take hold" in the coming years as bigger markets explore changes. California and Illinois are looking into updating their policies, and leaders including Karson have said they will pay close attention to developments in Utah and Arizona.

Countries such as the U.K. and Australia also allow for alternative legal business models, though Sebok noted that relaxed regulations have not led to a "huge decrease" in legal costs there.

Still, proponents of change say testing theories on how to break down the access-to-justice gap is sorely needed.

"Hammering away at the problem with the same tools is Einstein's very definition of insanity," Utah Supreme Court Justice Deno Himonas said when announcing the sandbox. "What is needed is a market-based approach that simultaneously respects and protects consumer needs."

Under the August authorization, Utah's top court will judge whether the program should continue once the two-year pilot concludes. The court's office of legal services innovation, led by people in law and academia, is currently receiving a few applications each week and all approved participants must provide data about their services monthly or quarterly, said Lund.

Many of the approved participants so far are "lawyer driven," said Lucy Ricca, a member of the innovation office, during a webinar hosted this month by the Legal Services Corp. She added that it "feels like everybody is waiting and seeing" how the Utah program performs.

"It can't get worse than it currently is," Ricca said.