Cisco, Finjan IP Trial Delayed Until October Due To Pandemic


Law360 (May 26, 2020, 5:05 PM EDT) -- A California federal judge on Tuesday delayed a trial in Finjan's patent infringement suit against Cisco from June until October because of the coronavirus pandemic, saying she had "high hopes" it would be the first civil jury trial in the district, but the court's "enormous backlog" of criminal cases takes priority. 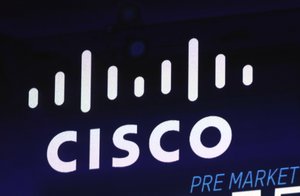 "The last thing you want is a group of jurors who look at your clients and think, 'Why are you making us do this now?'" a judge said Tuesday when delaying a patent trial between Finjan and Cisco. (AP Photo/Richard Drew, File)

"I'm really disappointed that we can't move this along, because I know you're ready," the judge told counsel for the parties. "But we have an enormous backlog of criminal cases and they take priority no matter what."

Finjan initially hit Cisco with a lawsuit in January 2017 alleging its products infringe five Finjan patents that cover ways to protect computers from malicious software and viruses when connected to the internet. Finjan claims that Cisco's infringement began when it acquired technology from a company called Sourcefire Inc. and then refused to enter a licensing agreement with Finjan.

Cisco denies the allegations and has sought to invalidate at least some of the patents-in-suit.

In April, Judge Freeman had told the attorneys to prepare for a June 15 trial. At the time, the judge said she was "fairly confident" Finjan's patent infringement suit could go before a jury in June and July, even with social distancing restrictions in place.

But the Northern District of California's top judge issued an order last week postponing or vacating all new civil jury trials scheduled to commence through Sept. 30, citing the continued disruptions to the judicial system caused by the pandemic.

During Tuesday's hearing, Judge Freeman said the district courts are currently not allowed to hold more than one jury trial in a courthouse at a time, and therefore the only two trial dates available to the parties are in October and January. Though the judge acknowledged that "I don't have a crystal ball," she suggested that the parties agree to an October trial date, because a January trial would coincide with the winter flu season and might be more likely to be delayed.

Judge Freeman added that while she had hoped to hold a jury trial this summer, the parties need to be mindful that they don't know what the reaction of the jury pool will be and that "there's virtually no experience across the country now" with calling in jurors.

"I think the last thing you want is a group of jurors who look at your clients and think, 'Why are you making us do this now?'" the judge said.

The judge said they would hold another pretrial conference before October, but she held off on setting a firm date.

Finjan is represented by Juanita Brooks and Roger Denning of Fish & Richardson PC.

The case is Finjan Inc. v. Cisco Systems Inc., case number 5:17-cv-00072, in the U.S. District Court for the Northern District of California.