By Rick Archer
Law360 is providing free access to its coronavirus coverage to make sure all members of the legal community have accurate information in this time of uncertainty and change. Use the form below to sign up for any of our daily newsletters. Signing up for any of our section newsletters will opt you in to the daily Coronavirus briefing.


Law360 (June 15, 2020, 11:14 AM EDT) -- Gym chain 24 Hour Fitness filed for Chapter 11 in Delaware bankruptcy court Monday, saying it had no choice but to seek bankruptcy protection after going two months without revenues because of the COVID-19 pandemic. 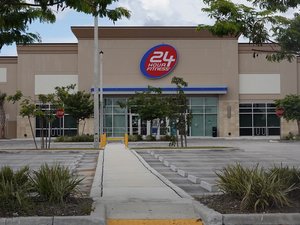 24 Hour Fitness has had no "material operating revenues" since closing its clubs and suspending dues collection during the COVID-19 pandemic, the company's chief restructuring officer said. (Photo by Joe Raedle/Getty Images)

In court filings, the California-based fitness chain said the shutdown of all 445 of its U.S. locations halted an attempt to correct marketing-related "operational missteps" in recent years and left the company without the cash it needs to stay intact without bankruptcy protection and financing.

"If it were not for COVID-19 and its devastating effects, we would not be filing for Chapter 11," CEO Tony Ueber said in a statement Monday. "With that said, we intend to use the process to strengthen the future of 24 Hour Fitness for our team and club members, as well as our stakeholders."

According to its filings, 24 Hour was founded in 1983 and has 445 locations in the U.S. with about 3.4 million members. At the time it suspended operations in March due to the pandemic, the company said it had about 19,200 employees.

The company has about $1.4 billion in funded debt, it said.

In his Chapter 11 declaration, Chief Restructuring Officer Daniel Hugo said the company brought in a new CEO and management team in January 2019 to correct "operational missteps," including a failed shift in in-club marketing strategy. The new management team had implemented a new approach that had "already begun to realize positive developments," he said.

"COVID-19, unfortunately, stopped these developments in their tracks," he said.

The epidemic also preempted "preliminary discussions" on debt restructuring that had begun early this year, he said.

All of the company's U.S. clubs have been closed since mid-March, and it suspended dues collection a month later, Hugo said. As a result the company has had no "material operating revenues" since that time, he said. In response the company laid off 700 employees and furloughed an additional 17,800, he said.

While some clubs have begun to reopen, those reopenings are in their early stages, and the company has less than $9 million in cash on hand, Hugo said.

The company said it hopes to secure $250 million in debtor-in-possession financing to continue operations through the Chapter 11 case.

Hugo said the company is engaging in "rationalization" of its workforce and leases and an evaluation of its "go-forward club footprint." He said the company has laid off an additional 8,300 workers and plans to ask the court to reject 135 leases, and that it is currently negotiating lease terms with other landlords.

He said the company has also attempted to contact potential investors on the possibility of a "value-maximizing alternative" for the company's stakeholders.

The company has retained Lazard as its financial adviser and FTI Consulting as its restructuring adviser.

Update: This story has been updated with additional information from the company's Chapter 11 declaration.