Law360 (July 9, 2020, 2:20 PM EDT) -- In this edition of Coronavirus Q&A, one of Kelley Kronenberg's litigation leaders discusses what may happen to real estate owners as 90-day forbearance periods on mortgage payments expire and says an uptick in bankruptcies is likely. 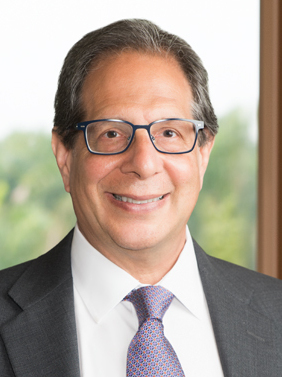 Klein, a partner in the firm's Fort Lauderdale office, shared his views as part of a series of interviews Law360 is doing with attorneys to discuss ways the COVID-19 pandemic has created new legal questions and impacted businesses.

We're getting close to the end of the 90-day forbearance period in a lot of instances. What are you seeing right now as the end of that period approaches?

I think people are trying to still make decisions on what to do. It depends on the circumstances. Some people will negotiate and restructure contracts and leases. And I guess in some cases people will figure that it's essentially a bad lease and there's no reason to continue with it. I think it all depends on the facts and the circumstances of the lease. A lot of people are assuming that this financial crisis and these problems are temporary, and that when things get back to "normal," things will be fine again.

I mean, it depends on how risky the lease and the transaction was in the first place. If there was a risky transaction, these type of events basically turn everything in. It didn't take much for that to happen. On the other hand, if it was a very strong lease and a strong business and the perception is that this is just a temporary setback, then I think people would be more willing to work. Also, it depends on what people's options are. Unless there's somebody else willing to come in and offer you a better deal, you just have to make due with the situation.

What are the biggest concerns or questions you're getting from clients as the end of this period approaches — either clients on the lender or the borrower side?

It's just a lot of uncertainty. And that's basically it. Businesses don't know if they can continue when things get back to normal. I mean, retailers were having difficulty in the first instance, in many situations, because of the chains, Walmart, Target, Amazon, etc. And this to some extent could push them over the edge. Restaurants, they could be doing well. But even when restaurants are doing well, they're running on tight margins. So even if they're reopening, if they're being forced to reopen at 50% capacity, it's pretty hard to survive.

You have to make changes. I mean, a lot of businesses are running on tight margins to begin with. And when something like this happens, even if there is a recovery, unless the recovery is 100%, there's serious adjustment. I think you're just going to see a lot of businesses not reopening. Even before the pandemic, there were businesses being closed. The chains were coming in. It was hard for independent businesses to survive. Restaurants were always going in and out, and now, it's going to be really hard.

It will be very hard for businesses to reopen, but it depends on how much capital they have and how big a business they are. Whether they can absorb it or not. It's like a lot of my experiences dealing with bank failures. And what happens during all the bank failures — and I've dealt with both waves of them, in the late '80s, early '90s, and then the past in 2008 — what happens is when things start going out of business, it provides the opportunity for people that have cash to come in and swallow up some of these properties.

So to put the current moment in perspective, how is the situation similar or different now as compared with the early '90s and the Great Recession?

Well, I think there are two differences. The first is this collapse came about because of an event which really wasn't expected, so the thought process is that this is temporary. The last crisis, the financial crisis, came about because the financial system was underscored with risky, questionable loans, and it was only a matter of time before things collapsed, because the loans were predicated upon economic conditions continuing to improve year after year. And a lot of the loans were structured that way. And then things started to flatten out, and then when they started to decrease, everything collapsed.

I think now, since the last financial crisis, the loans are better. They're more stringently underwritten, so you shouldn't have the kind of failures and collapse that you had last time. I mean, last time, a lot of it was real estate, a lot of it was business, but a lot of it was because there was very, very little equity that was being put into real estate. And the equity and the underwriting was premised upon, "Things are going to continue to appreciate. And they're going to continue to go up." So, there might have been low equity in the property, but the thought was the property would increase in value and there would be more equity without anybody putting any more cash in. And then the properties could be sold.

That's not the structure anymore. I mean, the loans, I think those are the foundation of shopping centers and businesses, they're a little more tightly underwritten. And there was a tremendous amount of fraud in the last crisis also.

And this time around, credit markets aren't frozen like they were in '08 and '09.

They're just starting to come up. I think it depends, too, on the specific situation. People are giving voluntary forbearances. People are rewriting contracts, or they rewrote contracts when this began, and they might have to rewrite leases again.

What does that process of rewriting a lease look like?

It depends on how complicated the lease is and what's being done. It can be very simple if the changes are simple and monetary changes. If you're rewriting the entire deal on a lease, than it gets more complicated. It depends on what kind of leases they are, too. For example, some leases in shopping centers have clauses in them that, based upon the profits to the business, there's additional money paid to the landlord. But those only kick in when the businesses are doing well.

So if a lease is being rewritten, it just depends on where a landlord or lender wants to make changes. I mean, sometimes, you have a client that you want to keep, and the lease might be getting close to expiration, and there are issues that are arising. There might be an opportunity for lenders, landlords to lock up tenants for a longer period. We're all taking about supply and demand here, and what type of business it is. Where the property is. How valuable the situation is. How much cash the business has. What the future is. Where they think their business is going to go.

Some businesses made the decision to operate on too low margins to begin with, and they're not going to reopen. Others see this as an opportunity to expand. Again, it all depends. What happens in situations like this is bottom feeders come in, and people with cash always try to snap up and get good deals.

How do you see the next month or two playing out? Do you expect to see an uptick in defaults on loans?

Probably. I mean, based on what's happening, it's impossible to predict. Especially down here [in South Florida], based upon the surge we've had in coronavirus, I think the impetus for reopenings is certainly going to be slowed. I mean, it seemed things were starting to reopen. Hotels were starting to have people there. Restaurants were starting to have people eat outside, etc. But I think based on what's happened [recently], I'm not sure that that's the next phase that's going to be followed through on. I mean, to some extent, it's probably worse than ever in Florida now.

Do you have a sense of whether retail or restaurants will be harder hit, in terms of the question of the 90-day loan forbearance period coming due?

Oh, I think everybody is going to be hit. I think the smaller businesses certainly are having difficulty coping. In my understanding talking to people, the situation in shopping centers, for example — most of the chains, chain restaurants, chain businesses, I don't think they've been paying on their leases. And I think you're going to see bankruptcies. ... It depends on the type of business and whether the business had a future. Some businesses were on the brink to start. But even restaurants that were booming, that were just packed, they have to get back to that kind of capacity to make any significant money if they're small businesses. The margins are so low. It's hard to operate a restaurant at 50% capacity, because you have so many fixed costs.