By Jody Godoy
Law360 is providing free access to its coronavirus coverage to make sure all members of the legal community have accurate information in this time of uncertainty and change. Use the form below to sign up for any of our daily newsletters. Signing up for any of our section newsletters will opt you in to the daily Coronavirus briefing.


Law360 (July 21, 2020, 12:20 PM EDT) -- The U.S. has charged two Chinese nationals with a decadelong hacking spree targeting human rights activists and businesses around the world, including companies working on treatments for COVID-19. 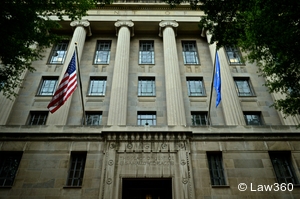 The U.S. Department of Justice said Tuesday it has charged two Chinese nationals with a hacking spree targeting businesses around the world, including those researching COVID-19 vaccines. (Jimmy Hoover | Law360)

The Department of Justice announced Tuesday that a federal grand jury in Spokane, Washington, had indicted Li Xiaoyu and Dong Jiazhi on charges of conspiracy, unauthorized computer access and identity theft.

According to prosecutors, the pair targeted companies in high-tech industries including manufacturing, engineering and life sciences, both on behalf of the Chinese government and for personal gain. Among the alleged targets were companies researching COVID-19 vaccines, testing and treatments.

Li and Dong are accused of looking for vulnerabilities in the network of a California biotech company in early February, shortly after the company announced it was working on antiviral treatments for the disease.

The company's description matches that of Gilead Sciences, which announced in late January that it was working with federal agencies to study the company's antiviral drug remdesivir as a potential treatment for COVID-19 patients.

A spokesman for the company declined to comment Tuesday.

Li and Dong also allegedly tested cyber defenses at biotech firms in Maryland and Massachusetts that had announced they were working on vaccines and at a California company working on testing kits.

In other instances, prosecutors allege that the pair "stole terabytes of data" from targets worldwide, including defense contractors in Virginia, Australia and Spain. Other alleged victims included engineering, medical device and video game companies.

Li is alleged to have accessed user information for the Department of Energy's systems at the Hanford nuclear cleanup site in eastern Washington, which was the basis for bringing the case in Spokane.

Assistant Attorney General for National Security John C. Demers said that the allegations put China in the "shameful club" of countries that harbor and employ hackers.

According to the DOJ, Li and Dong reside in China, which does not extradite its citizens.

The government is represented by James Goeke of the U.S. Attorney's Office for the Eastern District of Washington and Scott McCulloch of the DOJ's National Security Division.

No counsel information was available for the defendants, who have not appeared in the case.

Update: This story has been updated with more details about the charges and with case and counsel information.